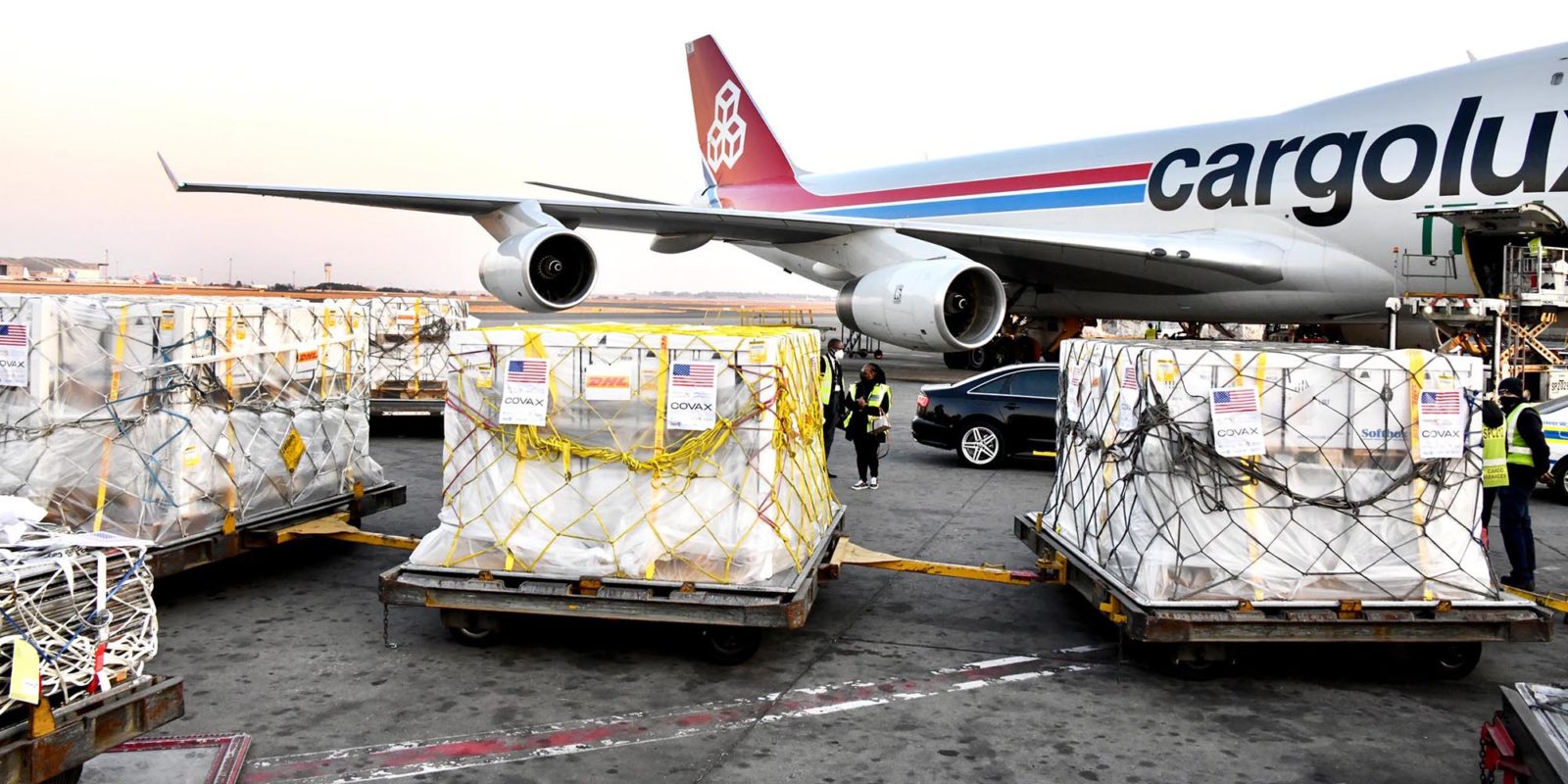 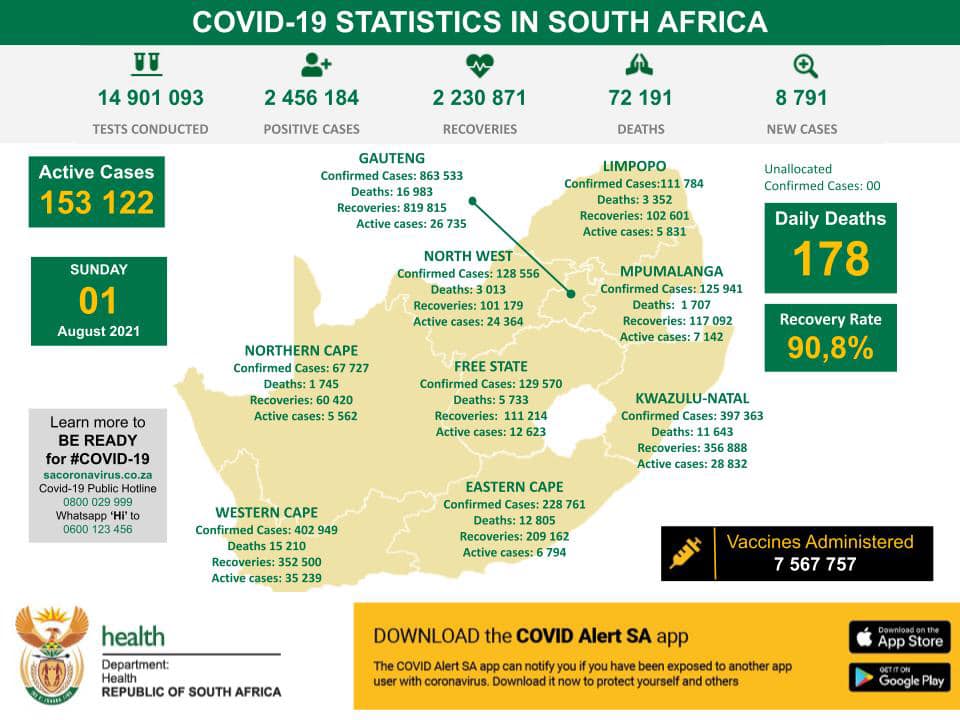 Anthony Fauci, the US’s top infectious disease doctor, said Covid-19 vaccines work extremely well and that a return to the lockdowns of 2020 is unlikely. Israel’s public health officials are beginning to see signs of more serious disease among the vaccinated elderly.

The Lollapalooza music festival, which attracts as many as 100,000 fans a night in Chicago, is a model for gatherings, Mayor Lori Lightfoot said.

Beijing stepped up efforts to control the virus, including suspension of some flights. Cases in Australia’s hot spot of Sydney matched an all-time high, while parts of Queensland state entered a second day of lockdown.

Chicago Mayor Lori Lightfoot said the Lollapalooza music festival, which attracts as many as 100,000 fans a night, is a model for gatherings despite rising infections in the city.

“Ninety percent of people at Lolla have been vaccinated, and hundreds of people who either haven’t been vaccinated or haven’t shown a negative test within 72 hours have been turned away,” Lightfoot told reporters on Sunday. Organisers of the four-day festival “have done an incredible job,” she said.

Lightfoot said she has no plans to mandate masks or impose tighter lockdown on Chicago, although last week the city recommended that people wear masks in public indoors, regardless of vaccination status.

Half of the infections in Israel now are among the fully vaccinated, and public health officials are beginning to see signs of more serious disease among them, said Sharon Alroy-Preis, the nation’s director of public health services.

“It’s not just the fact that we’re seeing more disease, but they’re getting to severe and critical conditions,” she said on CBS’s Face the Nation.

More than 88% of adult Britons have received one vaccine dose, and more than 38 million people have been double-jabbed – the equivalent of 72% of the adult population, according to the UK Department of Health and Social Care.

From the end of September, people will be required to prove they’ve had both doses to enter nightclubs and music events, and from August 16, fully vaccinated people will no longer be legally required to self-isolate if they are identified as a close contact of a positive case of Covid-19.

Anthony Fauci, the US’s top infectious disease doctor, said Covid-19 vaccines work extremely well and that a return to the lockdowns of 2020 is unlikely despite reports of outbreaks among fully vaccinated people.

“The likelihood of your getting a severe outcome of the infection is very low,” Fauci said on CBS’s Face the Nation.

Pfizer and Moderna have increased the prices of their Covid-19 vaccines in the latest supply contracts with the European Union, the Financial Times reported.

The price rises come as the bloc deals with supply disruptions and side-effect concerns from other shots, the FT said.

Germany’s government will recommend the vaccine for all 12- to 17-year-olds on Monday, the Associated Press reported, citing a draft resolution ahead of a planned meeting of state-level health ministers.

Yangzhou, a city neighbouring Nanjing where there’s been an outbreak of Delta-variant cases, suspended all passenger flights in and out of the local airport starting on Saturday. It also stopped bus, cab and ride-hailing services in the city from Sunday.

The city found 12 local confirmed cases on July 31 and 10 on July 30, an increase compared with a total of six cases reported from July 20-29, according to the city government’s Weibo postings.

Beijing reported two confirmed local cases and one asymptomatic infection in the city as of 4pm on Sunday, according to Pang Xinghuo, deputy director of the Beijing Centre for Disease Control and Prevention, who spoke at a briefing. The cases were from the same family who recently traveled to the central Chinese tourist city of Zhangjiajie.

The Chinese capital will step up efforts to prevent the spread of the virus, including suspension of flights, trains and buses from regions with Covid cases, according to a post on the city’s WeChat account.

Germany’s weekly case average of 2,195 was the highest since July 12, the Robert Koch-Institut said. The seven-day incidence rate per 100,000 inhabitants rose to 17.5, the 26th consecutive gain.

Thailand is set to expand its quasi-lockdown measures to its regions that are hardest-hit by the coronavirus pandemic and home to about 40% of the population.

The most stringent restrictions in 13 provinces, including the capital, Bangkok, and its surrounding regions, will be extended to August 31, and those curbs will be expanded to 16 additional provinces, the Centre for Covid-19 Situation Administration said on Sunday.

About 29% of the adult population had completed both doses of the vaccine so far, and 59% have received one dose, the state news agency cited him as saying.

Several food and travel companies in the UK will start giving incentives and offering discounts to urge Britons to get vaccinated, according to the Department of Health and Social Care.

Uber Technologies will send users a vaccine reminder and give lower rates for young adults who get the shot. Bolt, another ride-share company, is offering free ride credits to vaccine centres, and Deliveroo and Pizza Pilgrims are also aiding the drive.

More than 600,000 people were vaccinated at walk-in clinics last weekend and more sites have been made available this week, the department said.

Support for New Zealand Prime Minister Jacinda Ardern’s Labour Party has slipped by almost 10 percentage points amid increasing scrutiny of the government’s response to the coronavirus, according to a poll by Newshub-Reid Research.

Labour’s support fell to 43% compared with a May survey, while New Zealand National Party’s backing rose to almost 29% and ACT Party’s increased to about 11%, Newshub-Reid found. Ardern was still preferred prime minister by a large margin.

The research was conducted from July 22 to 29 and had a margin of error of 3.3%, according to Newshub-Reid.

Vietnam authorities extended the stay-at-home order covering most of the nation’s southern region, including the commercial hub of Ho Chi Minh City, for two weeks.

The extension is directed at 19 localities and is part of the government’s aggressive anti-virus measures to contain the nation’s worst coronavirus outbreak, which began in late April.

The country reported a total 150,060 virus cases and 1,306 deaths as of Saturday, with 97% of infections recorded from late April, according to the health ministry. Ho Chi Minh City accounts for about 63% of infections in the current outbreak.

Sydney reported a record-matching 239 new local cases of Covid-19 over the 24 hours to 8pm on Saturday as the Delta-strain outbreak continues to spread in Australia’s biggest city.

New South Wales state Premier Gladys Berejiklian said there were some signs that the virus is mostly being contained to parts of the city with the strictest curbs. The entire Sydney region is in lockdown until August 28.

There were nine new locally acquired cases in Queensland, which on Saturday imposed a snap lockdown on its most populous region of the southeast, the state’s chief health officer, Jeannette Young, said at a briefing. Victoria state reported four new local cases, while in New Zealand there were no new cases in the community, according to health authorities. DM