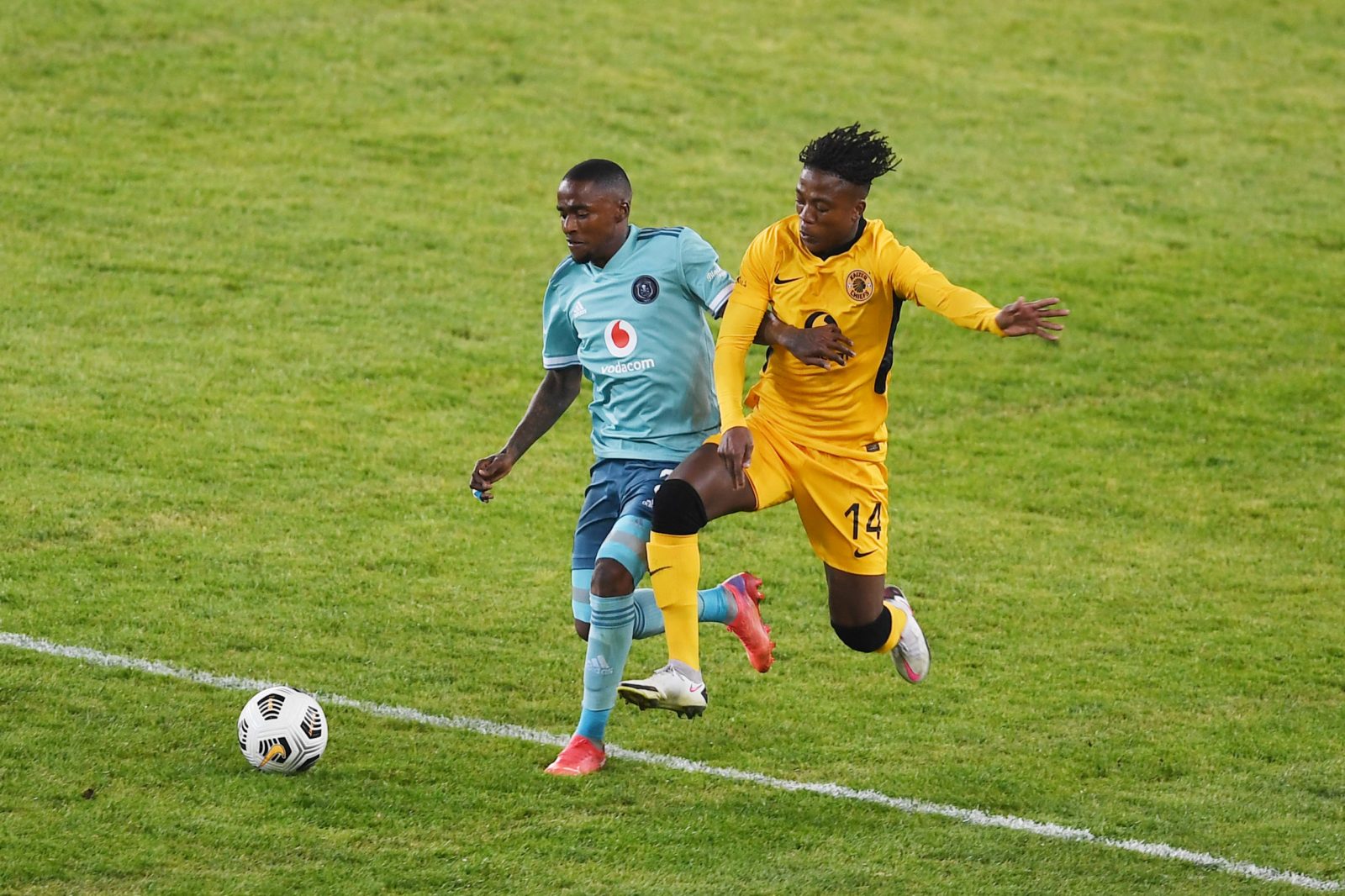 Kaizer Chiefs walked away 4-3 winners on penalties against Orlando Pirates when the Carling Black Label Cup returned after being shelved due to Covid-19 in 2020. In the process, Sabelo Radebe, an Amakhosi academy product, raised his hand for regular first-team football next season.

At a time when South African sports spectators are desperate to watch some live sports events, but are unable to because of Covid-19 pandemic lockdown restrictions, the Carling Black Label Cup returned.

The pre-season match-up which is played annually by South Africa’s two most supported football sides, Orlando Pirates and Kaizer Chiefs, allows fans to be involved in the game by picking the respective starting teams through votes in the lead-up.

Chiefs walked away with the bragging rights in the 2021 edition. Amakhosi, still licking their wounds from defeat at the hands of African champions Al Ahly in the Caf ChampionsLeague final, were 4-3 winners on penalties at an empty Orlando Stadium on Sunday evening.

The penalty shootout marked the fifth time in nine matches that the Carling Cup had been settled on penalties. It was the first time the Naturena-based team was victorious from spot kicks.

The game went straight to penalties after the sides had played to a goalless stalemate after 90 minutes. The first half was a scrappy affair. Although, with both teams testing combinations in anticipation of the 2021/2022 season which is set to begin in mid-August, the lack of fluidity was hardly a surprise.

The coaches must have given their players an earful at the break because in the second stanza the game was more open and livelier.

Chances were created by both sides, but goalkeepers Itumeleng Khune and Richard Ofori were up to the task. This included a penalty save in the 75th minute by Pirates keeper Ofori.

During the lottery of the spot kicks, Radebe was the only one to miss for the 2021 Champions League finalists. For Pirates, Nyauza and Wayde Jooste had their penalties saved by second-half substitute Chiefs goalkeeper Brandon Peterson.

A player voted for by the Chiefs faithful was 21-year-old youth development product Radebe.

If the team had been chosen purely by Amakhosi’s technical team, Radebe, whose only notable faux pas in the game was that miss during the penalty shootout, might not have started or even been included in the match squad.

He looked like he had been wearing the black and gold of the senior Amakhosi side for years.

The 21-year-old was phenomenal and energetic, troubling the Buccaneers time and again in the midfield with some fine touches and passes.

Another product of Amakhosi development, Njabulo Blom, was voted man of the match and had some words of praise for Radebe and fellow youngster Lebohang Lesako.

“To be quite honest, it’s a great feeling because it shows that we’ve been working hard at the development level,” Blom said.

“I’m very happy for the players that came from the development. We’re working very hard at training and we’re hoping and willing to get positive results going forward.”

The game was an opportunity for both camps to survey the newest additions to their teams. Amakhosi have gone on a signing spree after their Fifa-imposed transfer ban lapsed.

The likes of former Bidvest Wits stars Cole Alexander and Sifiso Hlanti, and former Swallows midfielder Kgaogelo Sekgota have joined Stuart Baxter’s team for the new season. Each was handed a runout.

“This game was information for me. For the supporters, we’ve got to win it, we get that and it’s the old enemy so we always want to win. But this was about information moving forward,” said Baxter after the game.

“None of the new players disappointed me. They staked a claim. I’m happy with the evening’s work and I think there are some shoots of green grass coming through.”

Pirates’ mentor Josef Zinnbauer bemoaned that his side did not take their opportunities in open play, but chose to maintain a positive outlook despite his team’s defeat at the hands of their bitter rivals.

“At the moment we have a good mood in the team. We are finding more and more structure. It was good to see us with the ball. Not our best, but it’s normal for this time,” said the German coach.

Both sides will want to improve for the upcoming DStv Premiership campaign, with sights set on preventing Mamelodi Sundowns from cruising to a record-extending fifth league title. DM