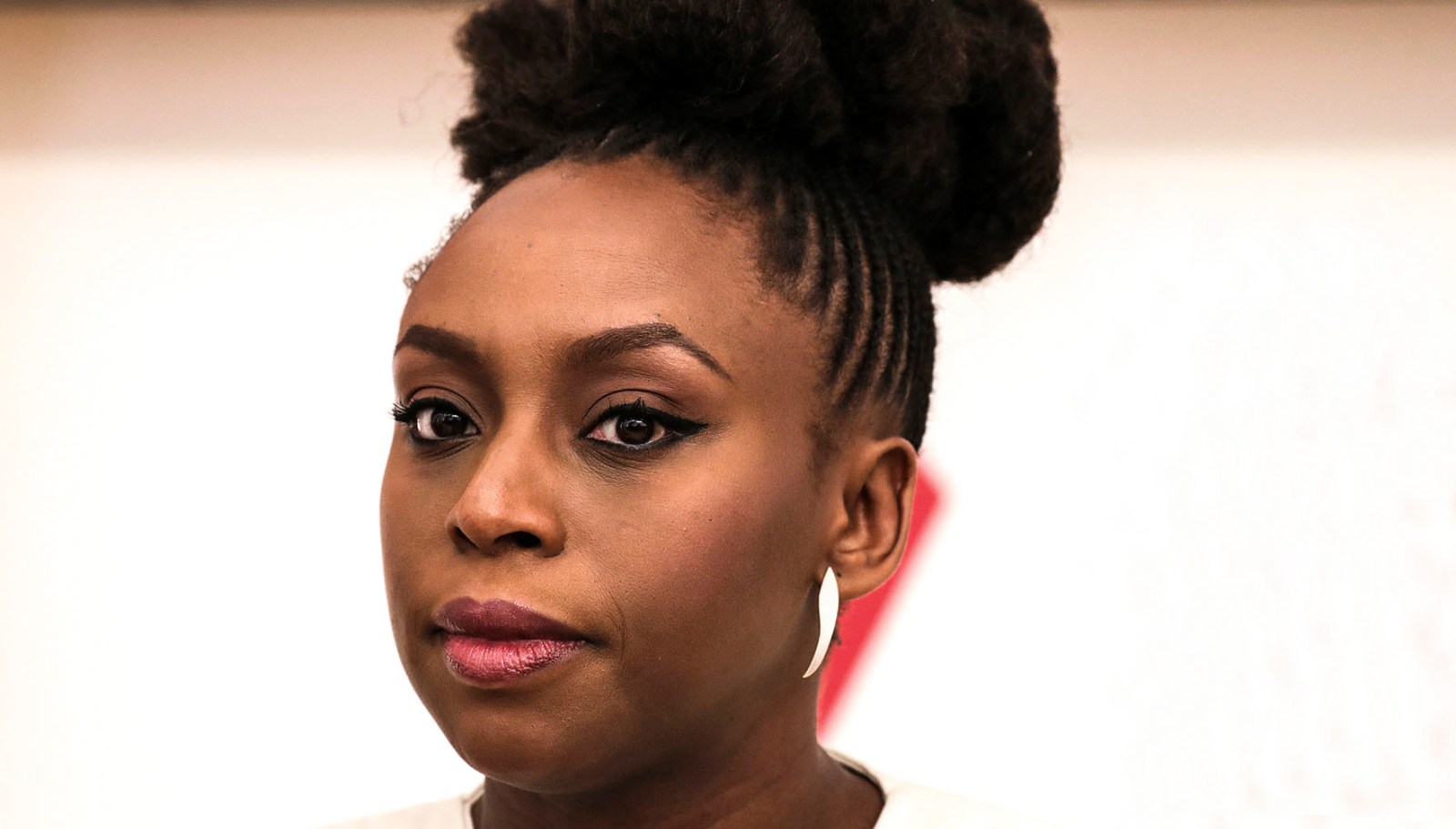 If men were made to read women’s stories it would reduce the rates of violence against women, Nigerian writer Chimamanda Ngozi Adichie said on Wednesday evening during the Vice-Chancellor’s Open Lecture at the University of Cape Town.

The writer was making a case for the power of storytelling to change the world. Her lecture, entitled “The Idolatry of Theory: A Defence of Storytelling”, started with a story from her own life. She said a woman had once told her and a few others that she often found that women were their own worst enemies. Ngozi Adichie said that she and the other women immediately castigated the speaker despite the experiences she had shared about having had difficult relationships with other women in the workplace.

“The rest of us immediately said, ‘you cannot say that’. We did not engage with what she said. We silenced her. My voice was one of the loudest in that silencing. But even as I silenced her, I was asking myself why her words made me so uncomfortable.”

Ngozi Adichie’s lecture was, according to Vice-Chancellor Professor Mamokgethi Phakeng, being watched by more than 5,000 people across the continent and the world, the largest number yet to attend the VC’s open lecture. In her introduction, Phakeng said UCT had a “massive transformative purpose” to unleash human potential to create a fair and just society.

“To unleash this potential, to make room for humanity to grow in new ways, we need to welcome different ideas and opinions, to listen to them, examine them and respond to them intelligently. It does not mean we have to agree with them,” said Phakeng, possibly referring to an earlier call by the university’s student representative council asking the VC not to host Ngozi Adichie as an act of solidarity with the university’s trans community, a request that was denied. The writer has been heavily criticised for a statement she made in 2017 during an interview with the BBC. Just after the interview she wrote on Facebook that “the impulse to say that trans women are women just like women born female are women comes from a need to make trans issues mainstream. Because by making them mainstream, we may reduce the many oppressions they experience.

“But it feels disingenuous to me. The intent is a good one, but the strategy feels untrue. Diversity does not have to mean division.”

Ngozi Adichie had, until that point, been considered a vocal advocate for LGBTQIA+ rights. During this week’s lecture she restated her political belief in trans rights, specifically trans health rights, as well as her conviction that inclusivity and equal rights for all people were premised on difference.

Her UCT lecture focused on the narrowness of theory and its inability to hold the whole of human experience. Referring to the woman in her story, she said: “We were silencing her because her experience and her conclusion complicated our accepted theory. Our theory was that sexism was what men did to women, and she had chosen to highlight something that complicated the simplicity of that theory.”

Adherence to theory made people tell incomplete stories. As an example, Ngozi Adichie referred to her visit to South Africa 10 years after apartheid.

“It felt to me as though the past was not yet the past or that there was a concerted and collective resolve to turn away from this truth. South Africans of all races spoke to me of what they called the rainbow nation. I did not trust this optimism, well choreographed as it was. It felt to me a little too easy… I wondered, if the abiding theory is that of the rainbow nation, what happens to the stories that do not fit the theory?”

She said that adherence to theory could make us tell incomplete stories and could limit the options we were willing to consider for real-life solutions.

“Theory gives us a framework to think about the world, but we should not give it primacy because when we do, we start to walk backwards. We start with theory and try to make messy, complicated life fit into the neat and tidy confines of theory. And when life doesn’t fit perfectly, we silence those bits that stick out. We look away, because we must preserve the sanctity of theory. So, we give to theory an exaggerated and uncritical reverence, which is why I think of it as a kind of idolatry. If we allow ourselves to be guided too closely by theory, we will end up being blinded by theory. And my response to the tyranny of theory is: go to the story. Go to the human story.”

The writer, whose literary fiction has been translated into 30 languages, said that “we must deal with the world as it is, rather than as we wish it were”, because that was the only way to make real change. Only storytelling “in all of its glorious and complicated messiness” could enable us to do that.

She spoke of the difference between truth and fact, recalling that although she had all the facts of Nigerian history by the time she read Chinua Achebe’s book Things Fall Apart, it was only after reading his book that she understood the truth of Nigerian history.

The roots of all injustices lay in the dehumanisation of different types of people, she said, citing slavery, colonialism and the Holocaust as examples of what she meant. In each of these cases it had been possible for normal people to enact horrors on others because they did not think of those they harmed as human.

Studding her lecture with many personal anecdotes, Ngozi Adichie said that a good friend of hers, a man, had told her he had bought Michelle Obama’s book for all his women friends. When Ngozi Adichie asked him why only his women friends, he – a man who believed in equality and who was good and kind – was sheepish. “To him, the stories of women belong to another universe: the universe of women.”

She said studies had shown that men in general read men, while women read men and women. This meant that we all inhabited a world in which the idea of men was not just universal, but neutral. Misogyny was an odourless, colourless gas that we all inhaled, men and women, and that a better response to the women who’d said women were sometimes their own worst enemy would have been to say “patriarchy is women’s worst enemy”.

If men read women, violence against women would decrease because literature had the ability to convey an “intimate familiarity with the experiences” of others and could cause men to see the full humanity of women. It is harder, she said, to abuse someone when you can see their full humanity.

She made the point that more stories were needed because they had the power to change the world.

She ended her lecture saying that she hoped not only for a world in which more human stories were told, but that we’d be more open to hearing – “actually hearing” – those stories. DM/MC