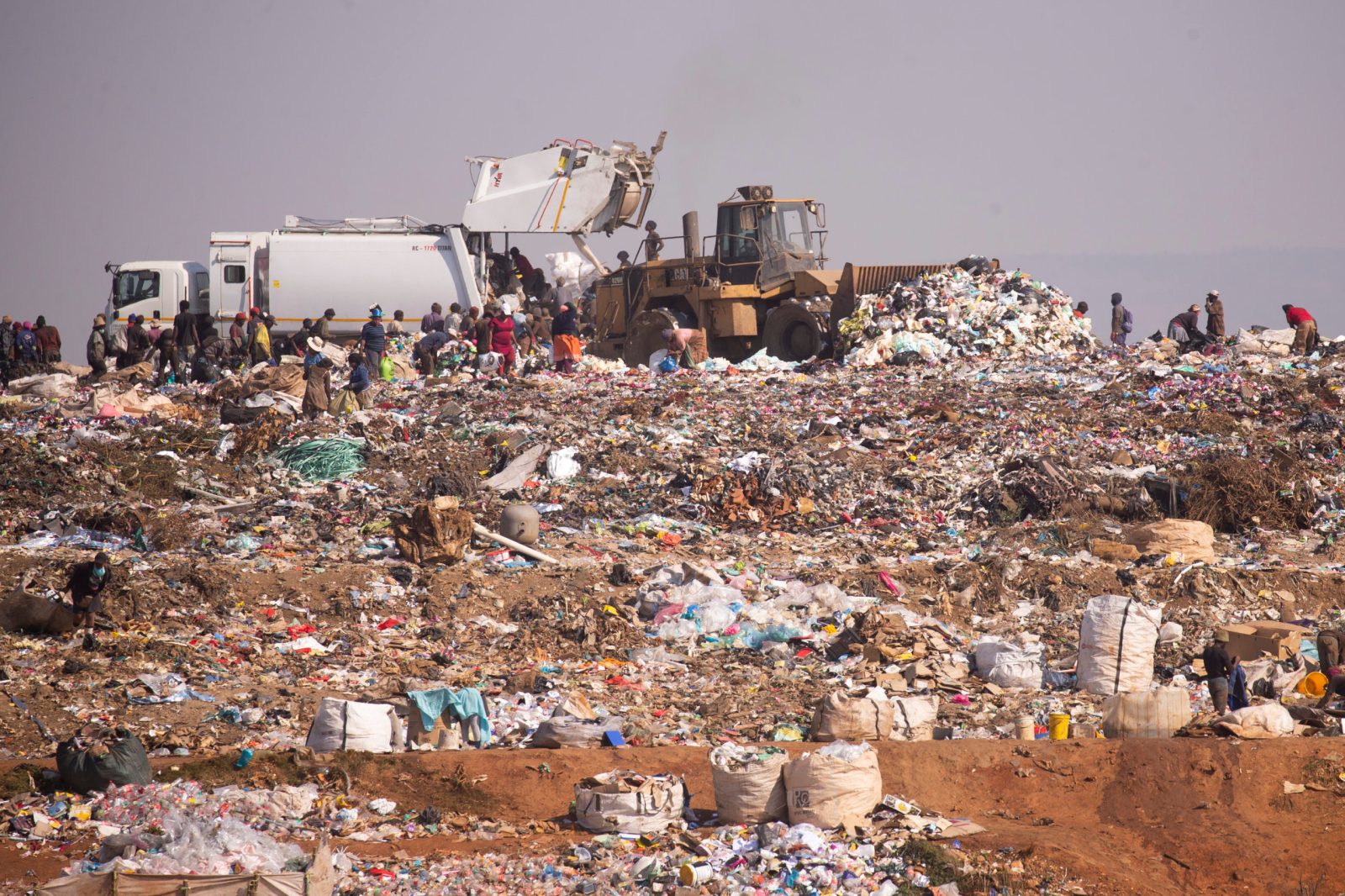 The municipality says its operations are being disrupted and that waste pickers have been threatening operators to not compact waste until they have finished retrieving items from the dump. (Picture: Rogan Ward)

Msunduzi municipality is considering removing waste pickers from its New England landfill site as concerns about criminal activities put the site and those around it at risk.

In a recent report that has been filed with the Pietermaritzburg High Court, the municipality has blamed waste pickers for some of the fires and the chaotic state of the New England landfill site which has affected people living in the suburb of Sobantu.

In its action plan, the municipality said its operations were being disrupted and that waste pickers had been threatening operators to not compact waste until they had finished retrieving items from the dump.

“Reclaimed materials are sporadically placed on site, creating the false impression that the site is not covered,” says the report.

The report is part of an action plan filed by the municipality after the high court ordered in June that the municipality comes up with a strategy on how it intends to improve its running of the landfill site.

Judge Rishi Seegobin found the municipality to be in breach of various environmental laws, including section 24 of the Constitution which highlights everyone’s right to a healthy environment protected from pollution.

When handing down his judgment, Seegobin accused the municipality of having lost touch with its citizens.

He highlighted how fires regularly broke out and thick smoke and dust engulfed the city, causing schools to be closed and sections of the N3 to be shut down. Many people said the dump was affecting their health.

Seegobin said it was not enough for the municipality to say it was trying when all the evidence suggested otherwise. He said the municipality could no longer use the budget as an excuse for a problem that had been around for ages.

In its action plan, the municipality says that fires have been caused by the burning of electrical cables near the site and that these fires “can spread to the site”.

When Daily Maverick visited, a fire was burning just outside the site. In the vicinity, waste pickers were burning unknown materials and no one was stopping them.

In its report, the municipality complains of valuable infrastructure such as the leachate control box and transformer being stolen. It also accuses waste pickers of intimidating people dropping things off at the dump and damaging their vehicles.

Apart from this, the waste pickers are accused of challenging security personnel. The municipality says removing them might be a solution.

The municipality hopes to have this issue sorted out in 24 months, with a projected outcome of July 2023.

However, the waste pickers are just part of the problem and are not entirely to blame, says Musa Chamane, a waste management campaigner for GroundWork. He says the municipality has failed in managing the site and is now using the waste pickers as a scapegoat.

Chamane says the municipality had been warned numerous times about the complications that could arise from not managing the landfill site properly.

He says many municipal dumps have waste pickers on location, yet that they don’t have the problems experienced by the New England landfill site.

He believes the waste pickers “should have access cards and should not be coming in and out of the site unmonitored”, adding that control of the site and proper management is the solution to the debacle.

Sobantu residents have also complained about the way the site is run and how the council deals with the waste pickers.

Siphesihle Mdladla, 43, says there are people who have taken over the site from the municipality.

“They have taken over… even the municipality cannot control them,” he says, adding that the council is turning a blind eye to the situation. There are even tuck shops and taverns that have sprung up on the site.

Ntsikelelo Nkosi, a social activist with the Siyazuza Ngemvelo Consortium, says “it’s all a mess”.

He says that according to the report they received, the only thing the municipality has done is re-appoint a senior manager who had previously been suspended.

In the report, the municipality indicates that it has re-appointed senior manager Cyril Naidoo to his previous position. The action plan does not provide any details or explanations around Naidoo’s reappointment. Responding to queries, the municipality said this was a matter between the employer and employee and would not be discussed publicly.

In its report, the council says it has re-constituted a landfill site monitoring committee. This committee met in December 2020 and in May this year. They are expected to meet again in September.

The South African Human Rights Commission said it had seen the action plan and was assessing it. The commission’s provincial head, Lloyd Lotz, said the commission would endeavour to comment on the plan within one month of the date it was filed, in compliance with the court order.

He said that while the commission did conduct monitoring of the site, it would consider the matter further “upon completion of its assessment of the action plan”. DM/OBP