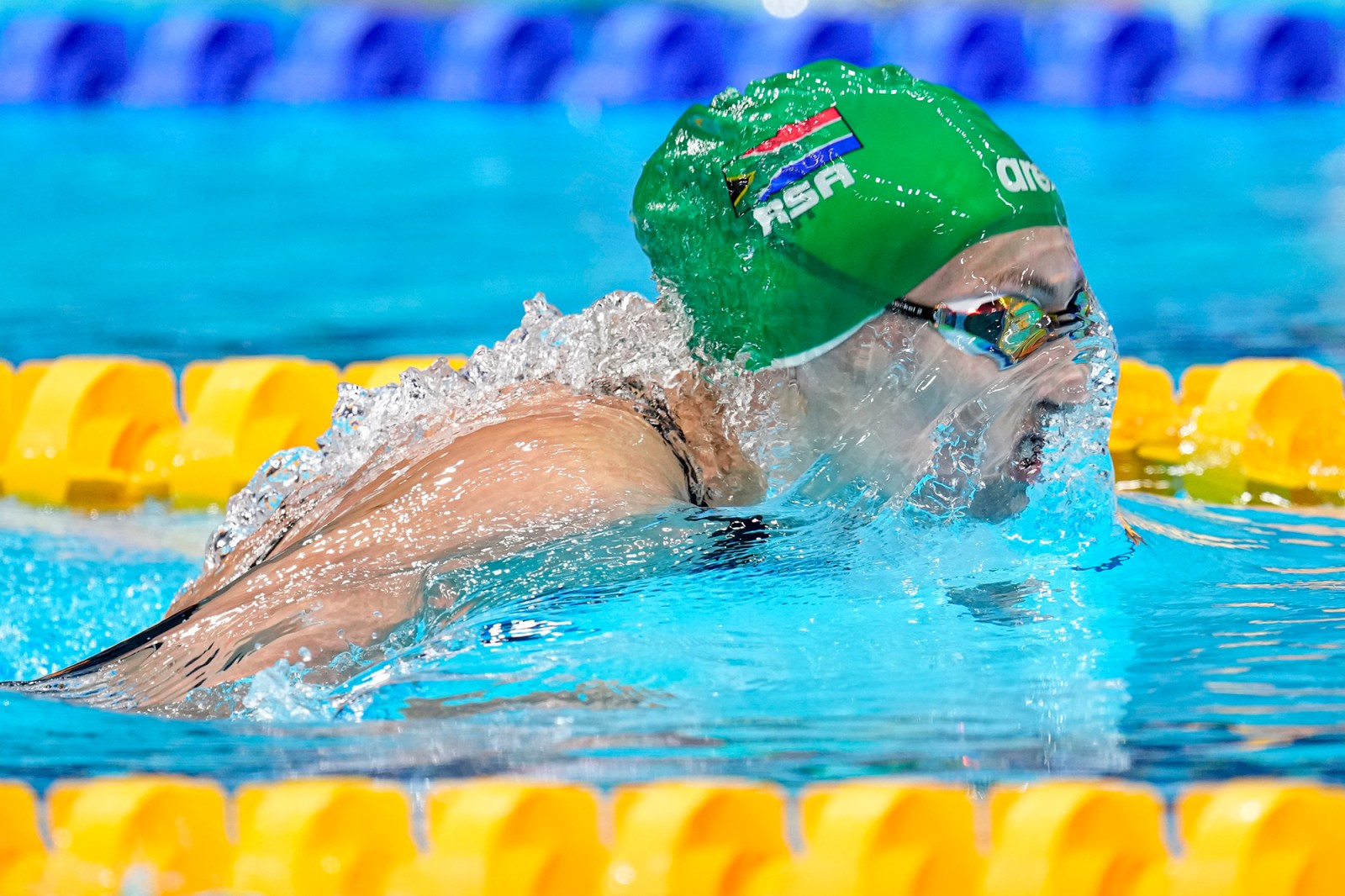 TOKYO, JAPAN - JULY 29: Tatjana Schoenmaker of Team South Africa competes in the second Semifinal of the Women's 200m Breaststroke on day six of the Tokyo 2020 Olympic Games at Tokyo Aquatics Centre on July 29, 2021 in Tokyo, Japan.(Photo by Fred Lee/Getty Images)

Tatjana Schoenmaker and Kaylene Corbett both won their 200m breaststroke semifinals, heading into Friday’s final as the first and fourth fastest, while the men’s hockey team beat Germany 4-3 in a thriller. Team SA was represented across six different codes on Thursday. Here’s how they fared.

Men’s BMX, quarterfinals: Alex Limberg finished sixth in his heat over three runs, his best being his final effort. He scored 18 points and failed to reach the semifinals. There were four heats of six riders. Those ranked first to fourth in each heat qualified for the semis.

Men’s first round: Christiaan Bezuidenhout shot an opening-round three-under-par 68 to sit five strokes behind early leader Sepp Straka (63) in the men’s competition. Belgium’s Thomas Pieters and Mexico’s Carlos Ortiz were two back on 65. Garrick Higgo was one under par through 14 holes when lightning forced the suspension of play.

Men’s Pool B – South Africa 4 Germany 3: Mustaphaa Cassiem scored the winner in the 48th minute as South Africa came from behind to win. Germany had gone ahead in the eighth minute before Matthew Guise-Brown struck from a penalty corner in the ninth minute and Craig Keenan put South Africa 2-1 up in the 13th minute.

But goals in the 22nd and 24th minutes edged Germany ahead in the game, 3-2. Nic Spooner levelled matters in the 45th minute before Cassiem struck three minutes later.

Women’s breaststroke, semifinal: Kaylene Corbett produced her second-best personal time inside 24 hours by winning her semifinal with a blistering final 50m, touching the wall in 2:22.08.

Women’s breaststroke, semifinal: Tatjana Schoenmaker won her 200m semi in 2:19.33 to qualify fastest for Friday’s final. She is more than one second quicker than any other finalist.

Men’s 200m Individual Medley, semifinal: Matthew Sates, who turned 18 on Wednesday, finished eighth in his semifinal in 1:58.75. That left him in 14th spot overall and he was unable to qualify for Friday’s final.

Chad le Clos was eliminated from the 100m butterfly, finishing a disappointing sixth in his heat at the Tokyo Aquatics Centre in a time of 51:89 on Thursday.

That wasn’t enough to qualify for the semifinal, with only the 16 fastest swimmers from the heats making the cut. Sates, meanwhile, finished fifth in his 100m butterfly heat in 52:34 and was eliminated as well.

Men’s Group A – Hungary 23 South Africa 1: South Africa were up against it when they took on gold medal favourites Hungary. South Africa had to wait until the fourth quarter to score their only goal, through Nicholas Rodda. The end-of-quarter scores show Hungary’s total domination. DM