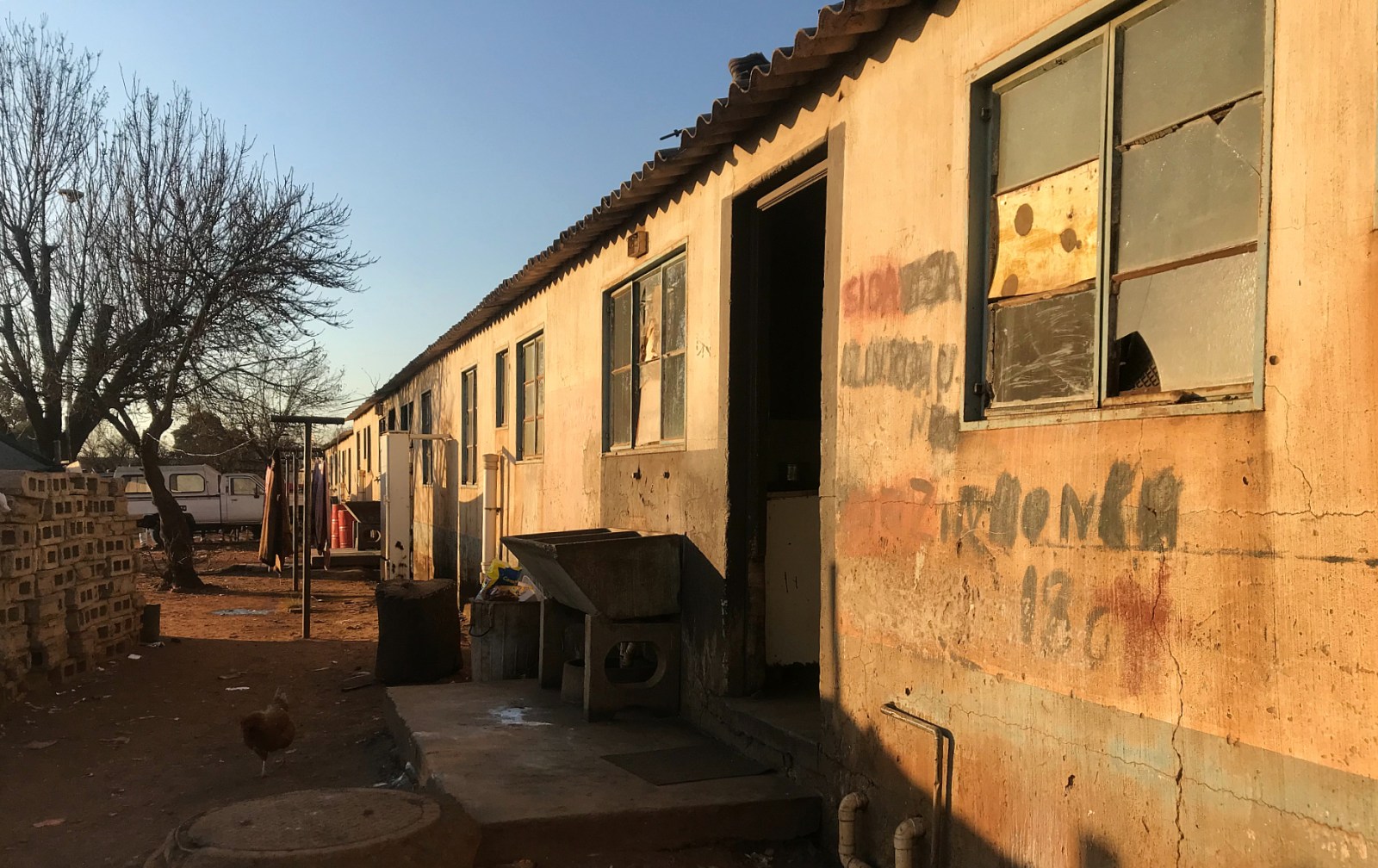 Several homes at the Nguni Hostel in Vosloorus, Johannesburg, were searched for looted goods by police and soldiers on Tuesday. Many items, including food, were removed from homes. (Photo: Masego Mafata)

Activists are questioning the legality of confiscating food from poor households.

“They came in and took our mealie meal and oil. They broke handles on cupboards, took things out and left the place in a mess,” an unemployed resident from Vosloorus in Johannesburg told GroundUp. Her home was one of scores at Nguni Hostel to be forcefully searched and have items, including food, confiscated on Tuesday.

“They told us to show them receipts but who keeps receipts for food? We threw them away,” she said.

The South African Police Service (SAPS) and law enforcement officers have been going door-to-door in townships to reclaim goods believed to be looted during the unrest in Gauteng.

During the operation on Tuesday, police confiscated food, electrical appliances, money and alcohol. Vosloorus, where the looted and destroyed Chris Hani and Naledi Malls are located, was one of the hardest-hit areas in Gauteng, during the unrest.

Freda Motsoikha, a community leader from Sebokeng in Gauteng, said she pleaded with SAPS and the SANDF to leave food items behind in Boiketlong informal settlement. “What is the point of breaking into homes and taking everything — even food that has already been opened?” she asked.

Motsoikha, who runs a non-profit organisation for children in the community, said, “One of the police officers was holding an open packet of Marshmallows that had been confiscated and I asked him to give it to the children, maybe it would help to calm them down, but he didn’t.” Motsoikha said she was concerned about the levels of hunger in the community of Boiketlong.

Civil society groups have criticised the confiscation of food. Khululiwe Bhengu, an attorney at the Socio-Economic Right Institute (Seri) said not all of the confiscations are justified. She said they were being done “outside the prescripts of the law and without any legal basis to do so; it doesn’t matter the impact on the economy”.

Bhengu said that without a legal warrant, confiscation efforts through “Operation Show Your Receipt” fall short of the Criminal Procedure Act (CPA).

“Section 22 of the CPA allows for warrantless raids in instances where there is consent from the person being raided or where there are reasonable grounds to believe that a warrant would be granted, if sought, and that the delay would result in the suspected items being moved,” she said.

“What we are seeing is the criminalisation of poverty and the profiling of vulnerable people. The police are going into informal settlements, entering people’s homes without search warrants and confiscating goods without checking whether they were looted,” said Lazola Kati from the Right2Know Campaign.

Placing the burden on citizens being searched, to prove that the items found were not looted, suggests that SAPS does not have clear criteria on which homes should be searched, said Kati. “Police officers cannot claim to be upholding the rule of law [through this operation], by breaking it at the same time,” she said.

According to Acting Minister in the Presidency Khumbudzo Ntshavheni, confiscated goods will be destroyed.

Some reports have said that food retrieved during the confiscation efforts will be donated. Questions seeking clarification on the issues sent to SAPS and National Joint Operational and Intelligence Structure (NatJoints) have gone unanswered.

In a brief reply, Major General Mathapelo Peters said that Minister Ntshavheni was expected to update the public on operations so far before the end of the week. DM