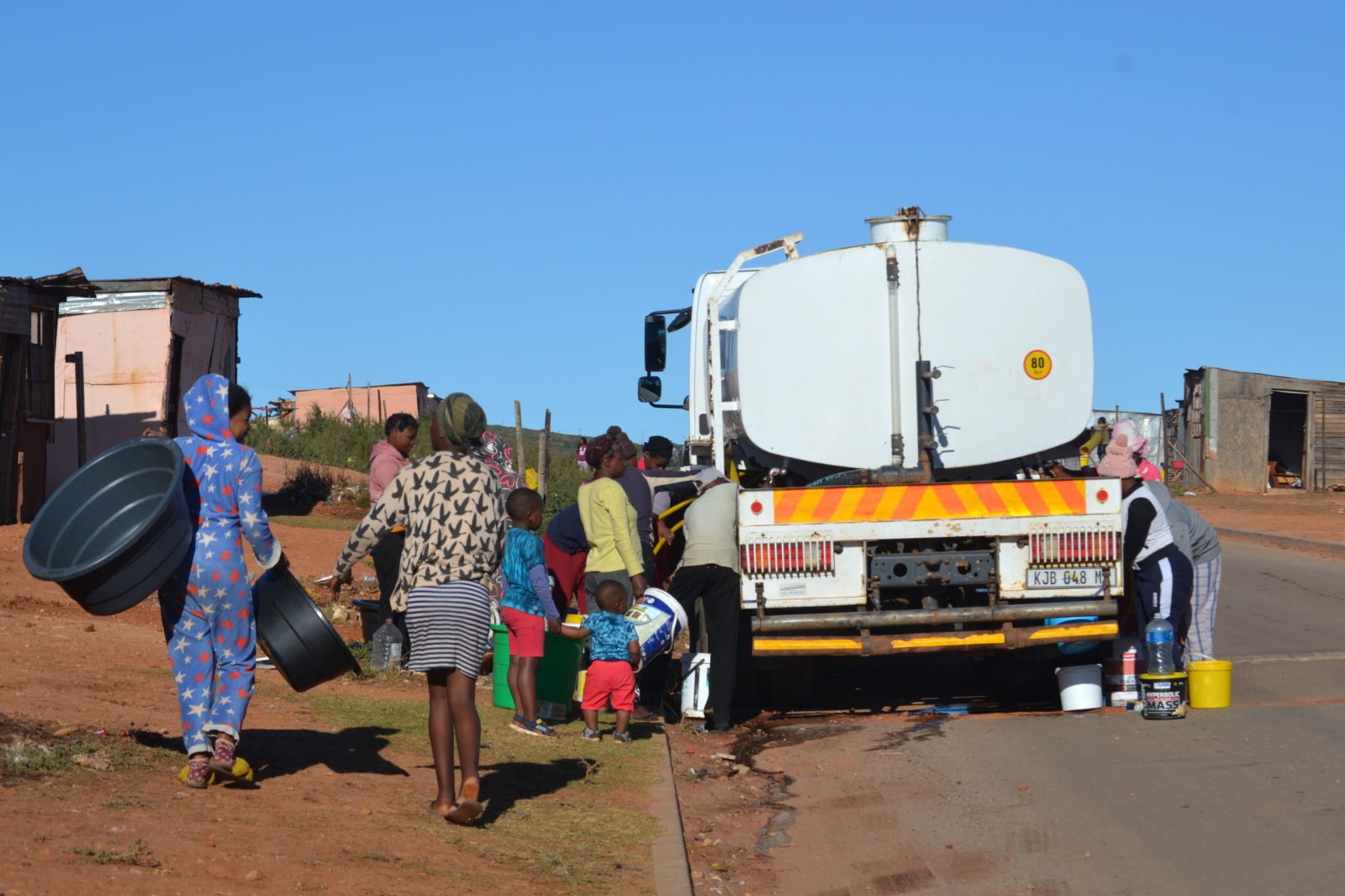 Residents in Area 11 in Gunguluza collect water from this truck daily as taps in the township have run dry for several days. (Photo: Thamsanqa Mbovane)

Municipality says the issue was due to a leak and should be repaired by Friday.

People in Nelson Mandela Bay have for the past week been relying on water being trucked in. The city has been in a dire situation as dam levels remain low.

On Thursday afternoon, hundreds of residents lined the streets of ward 45 in Gunguluza, with their buckets and large containers, as there has been no running water in the area for several days.

Resident Monwabisi Jack, 56, said he has to fetch water using two 20-litre buckets. He and his wife live in a shack among over 3,000 homes in Area 11. “The water we draw from the roving trucks is only enough to cook, drink and wash ourselves,” he said. “There isn’t enough water to wash our clothes.

“We take a bath but we still feel dirty because we wear dirty clothes. Often the water truck itself runs out of water because there is more demand in our settlement,” he said.

Another elderly resident Nosakhele Kumbula said her arms were tired from carrying her 20-litre bucket of water from the water truck back to her shack. “I have fetched water from trucks for six days now. I am tired. This is like a curse. I don’t have money to pay the youth who charge you R5 to fetch water,” she said.

Truck driver Vusumuzi Sikosana said his truck carries 16,000 litres of water and he has to refill it at a reservoir in town four times per day just for Area 11 alone.

Municipal spokesperson Mthubanzi Mniki in a statement on Thursday said that the Churchill dam pipeline was isolated for emergency leak repairs in the Driftsands area on 28 July 2021.

“These repairs take the highest priority and one part of the pipe continues to remain isolated until the leak is repaired. Water is being supplied through the smaller pipeline. However, it cannot meet the current demand,” he said.

Mniki said water is expected to be restored by Friday. DM