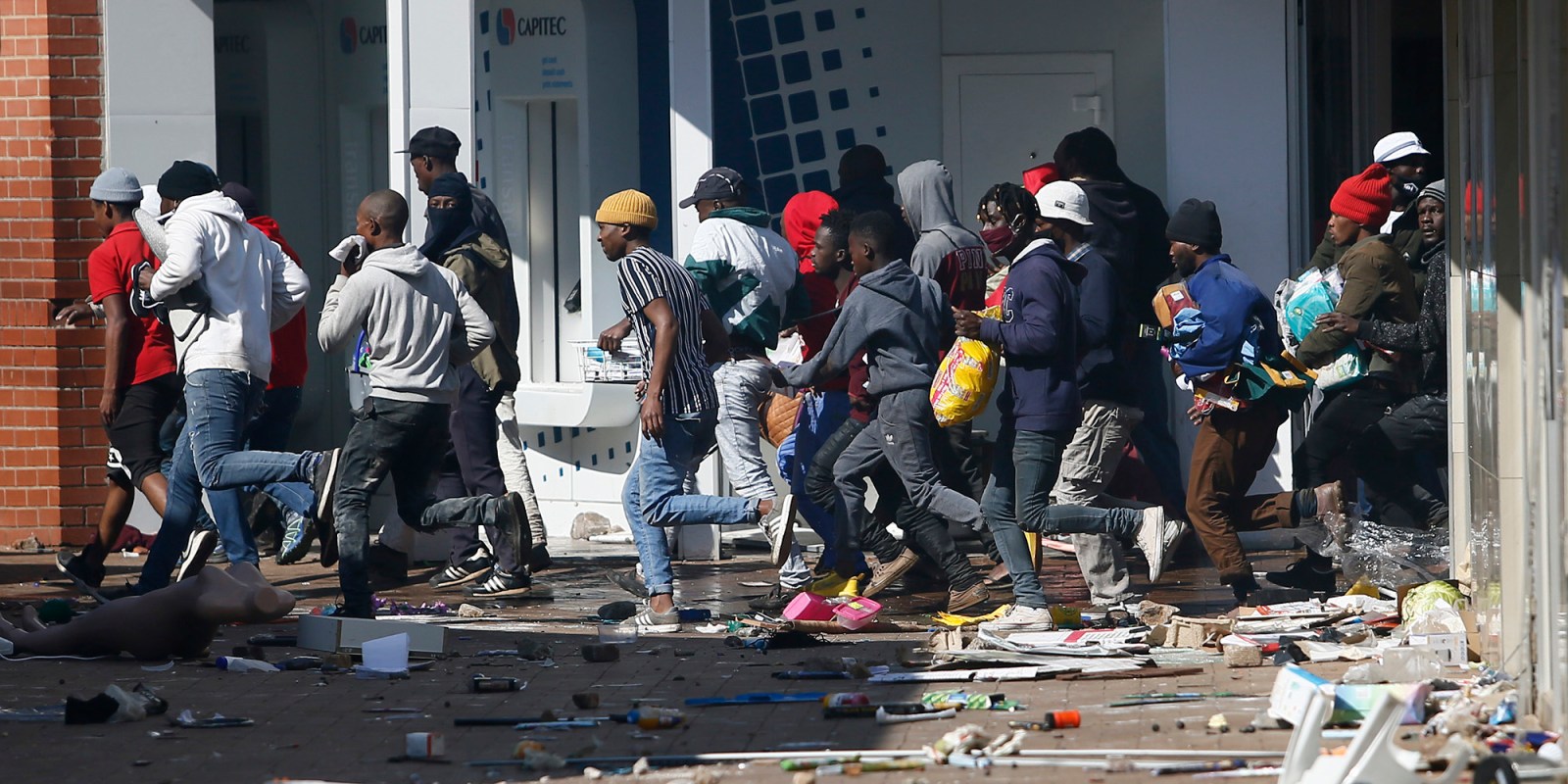 The claim that intelligence failed to warn on mass riots is a fallacy and a failure to comprehend the role of the civilian intelligence institution, and the essence of intelligence estimates or tactical intelligence on political or social unrest or protest.

Nhlanhla George Mahlangu is a former member of the State Security Agency.

The recent bout of violence in Kwazulu-Natal and Gauteng has focused the media and public attention on the role, performance and efficiency of the nation’s intelligence capabilities. Such scrutiny and engagement should be welcomed by the intelligence community, and especially the State Security Agency, which should at all times regard itself as a learning organisation, and one that sees continuous improvement as the bedrock of the institution.

The ability of a strategic intelligence organisation to detect specific incidents of violence in the context of a phenomenon that is part structural, part organised and largely spontaneous is immensely difficult. The globe is full of examples where spontaneous mass uprisings, even partially organised ones, could not be detected by intelligence services. The Black Lives Matter protests in the US, as well as the storming of the US Capitol in January, are examples of this.

During the political protest of Black Lives Matter, there were sporadic riots that led to the burning of police cars, looting of shops and burning of buildings. The CIA or any other US intelligence agencies were not accused of intelligence failure because of the broad understanding that this kind of violence is often instigated by certain elements within the protest and group psychology takes over to characterise the collective behaviour of instigators and opportunistic followers or criminals who seek to benefit from looting or rioting.

The second example is that of the US Capitol riots where President Donald Trump’s supporters were mobilised nationwide to attend a political rally in Washington to call on the US Congress to reject the outcome of the presidential elections which had led to the defeat of Trump. Following this rally, in which political agitation and mobilisation were manifest, thousands marched to the Capitol that houses the US Senate and Congress and rioted by vandalising it, killing police officers on duty, stealing classified documents and ransacking offices.

Again, this was not labelled as some failure on the part of the US intelligence agencies, because intelligence agencies could only gather intelligence on the mobilisation of white supremacists and not their resultant racist behaviour or rioting or even the devastating violent attacks on the Capitol. The US government only deployed the National Guard after the failed insurrection against the Capitol by Trump supporters. The Capitol riots have similarities to what can be characterised as the Nkandla riots.

The complexity of human behaviour means that there is always an unpredictable element to it. Despite the best efforts of technologists, data and machine learning specialists, the vagaries and fog of war, to paraphrase Clausewitz, are at play from the first moments of battle.

Intelligence as a scientific process, utilising intelligence estimates or other strategic intelligence products, is able to identify strategic and operational-level threats to both the national and local security environment. In this context, the most detectable political or social unrest threats are those that involve active mass mobilisation and planned violence, including armed attacks.

Mass riots, on the other hand, can be triggered by many causalities such as political mobilisation or instigation, demonstrations or protests, inter-ethnic tensions, religious conflict, police brutality, xenophobia, racism, homophobia, food shortages, high prices and many resultant cumulative grievances. The violent outbursts resulting from political or social protests are a by-product of the complex accumulated social and political grievances resulting from the multifaceted causalities including economic deprivation, political and economic alienation and the legitimacy of the socioeconomic structure of society as a result of policy failure or failure of economic redistributive policies.

The claim that intelligence failed to warn on mass riots is a fallacy and a failure to comprehend the role of the civilian intelligence institution, and the essence of intelligence estimates or tactical intelligence on political or social unrest or protest. Therefore, the focus of intelligence gathering should not be the possible behavioural outcomes of protesters, but instead directed at the intentions of the mobilisers or agitators and the possible implications of such mobilisation to national security.

Our country suffers from a perennial occurrence of socio-political protests, often violent. Surely we must look at the complex range of causes that result in this, now increasingly violent, phenomenon: the culture of violence embedded through centuries of apartheid-colonialism and increasing inequality. Most of this violent political unrest to date has remained localised, with various interest groups using different tactics to achieve their objectives. These interest groups include business and political interests.

At times these violent attacks or protests can extend from one localised province to another. For example, the last attacks on foreigners in South Africa took place in Durban and Johannesburg, targeting businesses of foreigners. In all these attacks, the intelligence agencies have been able to forewarn, and the proper utilisation of such intelligence meant that these attacks did not lead to mass riots and looting of businesses across all the provinces.

Intelligence agencies have consistently reported on the growing threat of activities and groups undermining the authority of the state, and other forms of unconstitutional conduct. They have also been able to report intelligence on mobilisation and agitation by different interest groups, and the potential for violence inherent in some of this mobilisation.

Unfortunately, what these agencies cannot do scientifically, is to predetermine the behaviour of protesters and their propensity to riot or loot. In their threat and risk assessment, agencies always advise for precautionary measures to be taken to mitigate against the potential threats resulting from unrest, mobilisation or agitation.

While intelligence presents an easy target for criticism following recent events, it would serve us well to look at the more general and deeply embedded challenges we face in building a more effective intelligence institution. The inability to prioritise issues identified in our national intelligence estimates and the failure to invest the requisite security resources within the context of competing government priorities is an inherent weakness of government, and one that is exploited by those who agitate for regime change and undermining the authority of the state.

At the macro level, the economic challenges in combating unemployment, poverty and inequality will continue to expose and compromise national security. The effects of these economic challenges throughout society and the government, not only intelligence services, is that South Africa remains vulnerable to all kinds of security threats and requires not only intelligence gathering, but effective governance and economic development.

Intelligence services are a special instrument in the hands of our policy and decision-makers, so that they are able to make more informed and strategically impactful decisions. They cannot, by themselves, resolve social and political contradictions, either within political parties or society at large. The sooner we realise this, the more effectively intelligence can conduct its work in a non-political manner, and the rest of the state machinery can optimise its own contribution to creating a safer and more prosperous society. DM