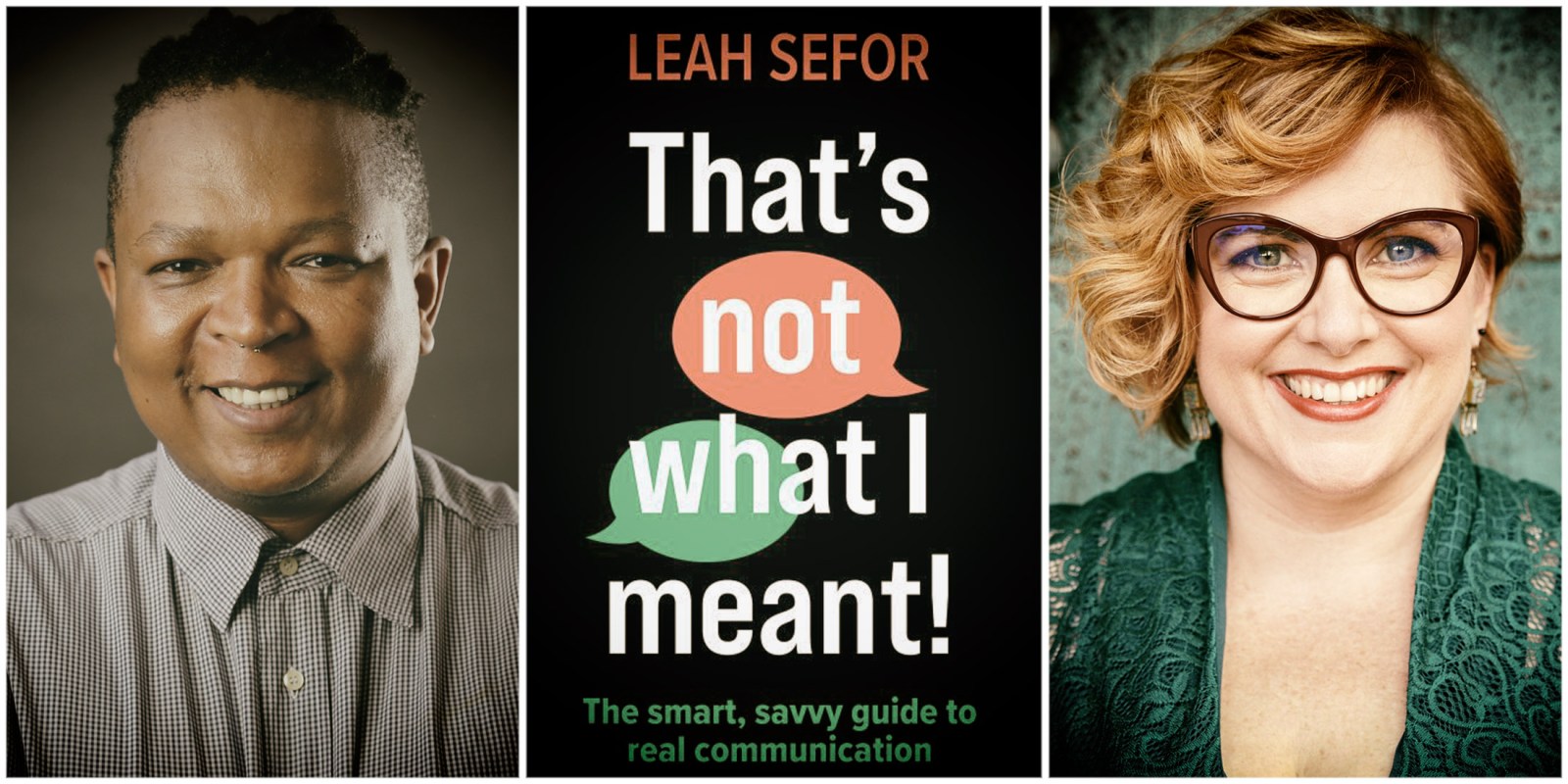 Leah Sefor’s new book, That’s not what I meant: The smart, savvy guide to real communication, is a how-to guide on the ins and outs of effective communication.

Her new book, That’s not what I meant: The smart, savvy guide to real communication, had its official launch on Thursday.

Speaking to Maverick Life associate editor, Malibongwe Tyilo, Sefor discussed the complexities of communication, how to overcome misinterpretation and how to create meaningful relationships by listening with purpose.

In communicating, people tend to spend a lot of time trying to convince the other person that their point of view is the right one. This is where a lot of frustration begins, said Sefor.

“Reality is a subjective experience,” she said.

When we communicate, we tend to assume that the person on the opposite end understands exactly where we are coming from… however, our communication filters are informed by a number of different factors, which differ in each person, she said.

According to Sefor, our “communication filters” determine how we perceive reality, understand it and then express it.

The majority of these precious filters, she said, are formulated during our early childhood, in the first seven years of life.

“We learn how to communicate through the environments that we are raised in,” said Sefor. Through our caregivers, our teachers, our classmates and from the communities in which we are raised – we are taught what communication means, she said.

And for every family, communication is different.

Communication is predominantly non-verbal. As children, we interpret  body language cues and voice tones to hold particular meanings, which then inform how we come to understand those cues going into adulthood, said Sefor.

Sefor explains that while observing relationships during your childhood, an angry tone of voice that you may pick up from your father during an argument does not necessarily mean that the tone signals anger when used by someone else.

Later on in life, if you’re having an argument with someone and they use that tone of voice, you might get triggered because it reminds you of the anger your father expressed when you were younger. But your reaction is inherently aimed towards the tone, as opposed to the person and what they are saying, and this can hinder effective communication, said Sefor.

In That’s not what I meant: The smart, savvy guide to real communication, Sefor identifies six communication problems, such as “listening but not hearing”, “interrupting too much” and “being stuck on the problem and not the solution”.

Additionally, the book explains four different categories of communicators: the listener, the observer, the connector and the analyser. And while we do fall predominantly into a single category, it is possible to resonate with elements from each group, said Sefor.

It is also possible that your category of communicator could change after you experience a traumatic event, said Sefor. DM/ML

Order your copy of Leah Sefor’s That’s not what I meant: The smart, savvy guide to real communication directly from the Daily Maverick Shop and receive free delivery anywhere in South Africa.

Uber Eats made this virtual book launch possible and for that we are grateful. Thank a healthcare worker and support local restaurants by donating to their campaign here.