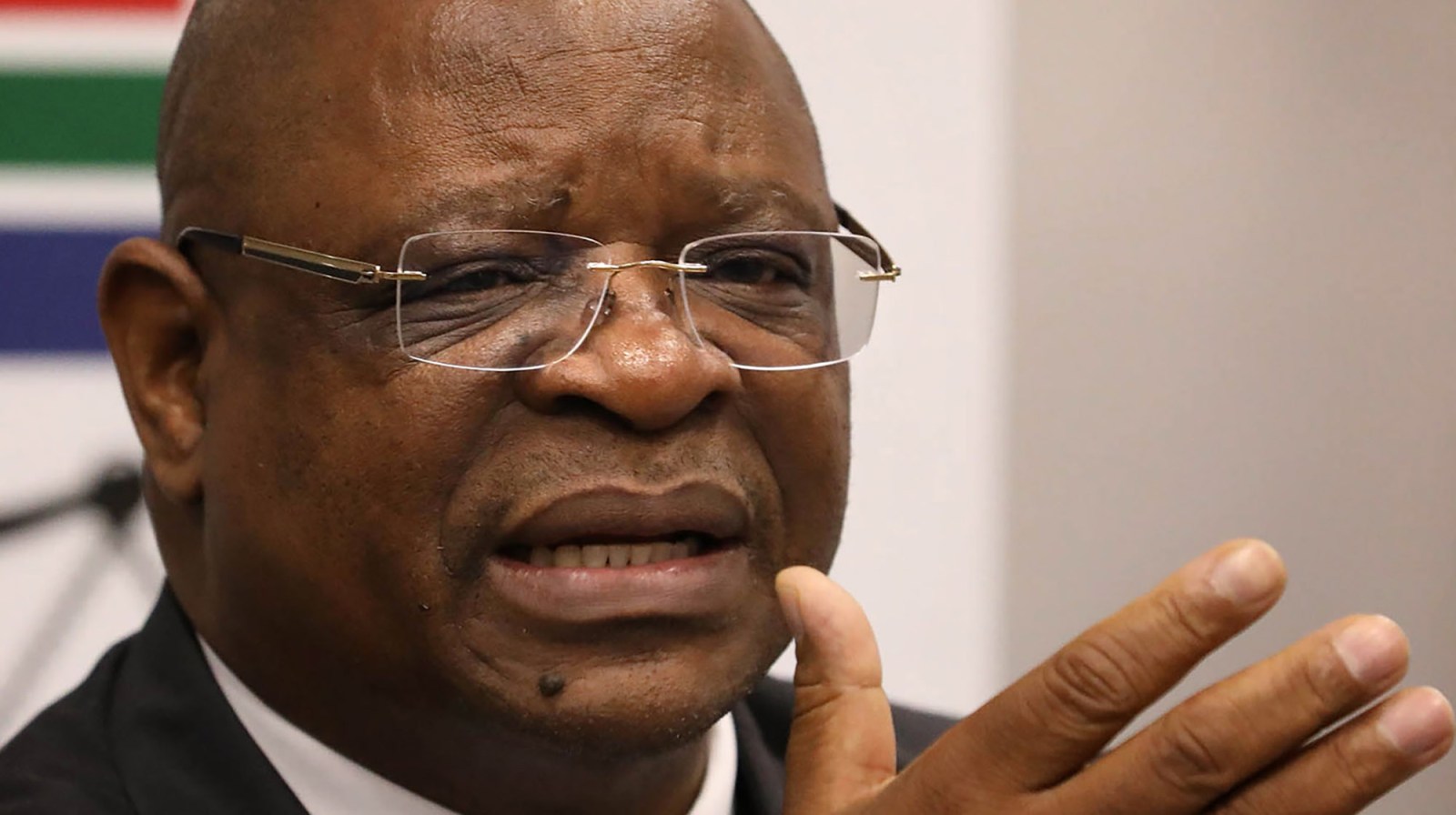 Deputy Chief Justice Raymond Zondo had to repeatedly remind a witness, Colonel Welcome Mhlongo, on Thursday that he was a police officer testifying under oath, after Mhlongo made conflicting statements about an issue.

State Capture Commission witness Colonel Welcome Mhlongo conceded he may have “spoken carelessly or negligently” when answering a question while testifying on Thursday.

Booysen, in a previous statement before the commission, said: “Mhlongo was… implicated by Advocate Mxolisi Nxasana for attempting to ‘find dirt’ on Nxasana at the behest of Advocate Nomgcobo Jiba. This was when Nxasana had succeeded Jiba as the National Director of Public Prosecutions.

“I acquired a copy of the statement of Mr Terence John Joubert, a Risk Specialist contracted to the office of the NPA, which confirms this.”

During Thursday’s proceedings the focus was on an affidavit by Queen Mhlongo, who the commission previously heard was stationed at the NPA’s offices linked to the Asset Forfeiture Unit in Durban.

She had worked in the same building as Mhlongo and often visited his office.

Her parents had also gone to the same place of worship as Mhlongo.

Mhlongo told the commission that Queen’s affidavit was “full of lies… simply made up to support what was said by Mr Joubert.”

Mr Joubert referred to Terence Joubert, the person from whom Booysen said he had received a statement about Mhlongo’s alleged involvement in a plot to tarnish Nxasana.

Queen’s affidavit said that on 15 November 2013 she went to Mhlongo’s office and mentioned to him that she was happy about Nxasana’s appointment.

Nxasana was appointed National Director of Public Prosecutions in August that year.

Queen, the commission heard, said she thought Mhlongo would share the same sentiments due to him knowing Nxasana.

In her affidavit Queen said Mhlongo replied, saying he hoped Nxasana would “let Mdluli off the hook”. He was referring to Richard Mdluli, the former head of Crime Intelligence appointed the year after Jacob Zuma’s inauguration as president, and who was arrested in 2011 and faced charges including kidnapping.

Queen, in her affidavit, alleged that Mhlongo told her that Nxasana was promised he would head Crime Intelligence in KwaZulu-Natal if Mdluli was not charged.

Mdluli has since been jailed for kidnapping and assault and still faces charges for allegedly looting Crime Intelligence’s secret service account.

Queen claimed Mhlongo had said Nxasana was not a kind man, as she thought, and he knew this from interviewing his relatives and because he knew Nxasana from “a long time ago”.

Mhlongo referred to what Queen mentioned in her affidavit, as outlined during commission proceedings at that stage, as lies.

In her affidavit Queen also said that during her conversation with Mhlongo he mentioned that Nxasana had many properties around Durban, including in Umlazi and Pinetown.

This is what caused Mhlongo to eventually contradict himself.

Mhlongo disputed Queen’s claim in her affidavit that he told her about Nxasana’s properties.

Evidence leader Garth Hulley later referred to an affidavit by Mhlongo in which Mhlongo mentioned talking about Nxasana’s properties, despite him having denied doing so on Thursday.

Hulley said Mhlongo had, in his affidavit, referred to the conversation involving Nxasana’s properties by saying: “People that are generally well off have a tendency of disrespecting others. I mentioned his properties in this context.”

Mhlongo’s affidavit also said he knew about Nxasana’s properties because he had known Nxasana from an early age.

Zondo stepped in at one point, asking Mhlongo if in the conversation referenced in Queen’s affidavit, they had talked about Nxasana’s properties. Mhlongo replied: “Yes, chairperson, we did speak about the fact he had properties.”

Mhlongo therefore contradicted himself as he earlier told the commission that he had “at no stage” done so and did not know the location of Nxasana’s properties.

This eventually prompted Zondo to tell Mhlongo that he had thought Mhlongo initially said he knew nothing about Nxasana having a number of properties.

Mhlongo replied that Zondo had heard him correctly but pointed out it was Queen who mentioned the properties.

Asked by Zondo why he had said he knew nothing about Nxasana’s properties, Mhlongo said he “must’ve spoken carelessly or somewhat negligently”.

Trying to iron out Mlongo’s stance on Nxosana’s properties eventually resulted in Zondo cautioning Mhlongo that he was a policeman who was giving evidence under oath and he needed to keep this in mind.

Mhlongo repeatedly referred to parts of Queen’s affidavit as “utter lies” on Thursday.

However, Zondo said that in Mhlongo’s affidavit, which referenced Queen’s, he had not done so, but rather said her affidavit was about a conversation that had been taken out of context.

Zondo again reminded Mhlongo he was a police officer testifying under oath.

Mhlongo then reiterated that he had indeed had a conversation with Queen, but that she had not represented it correctly in her affidavit. DM