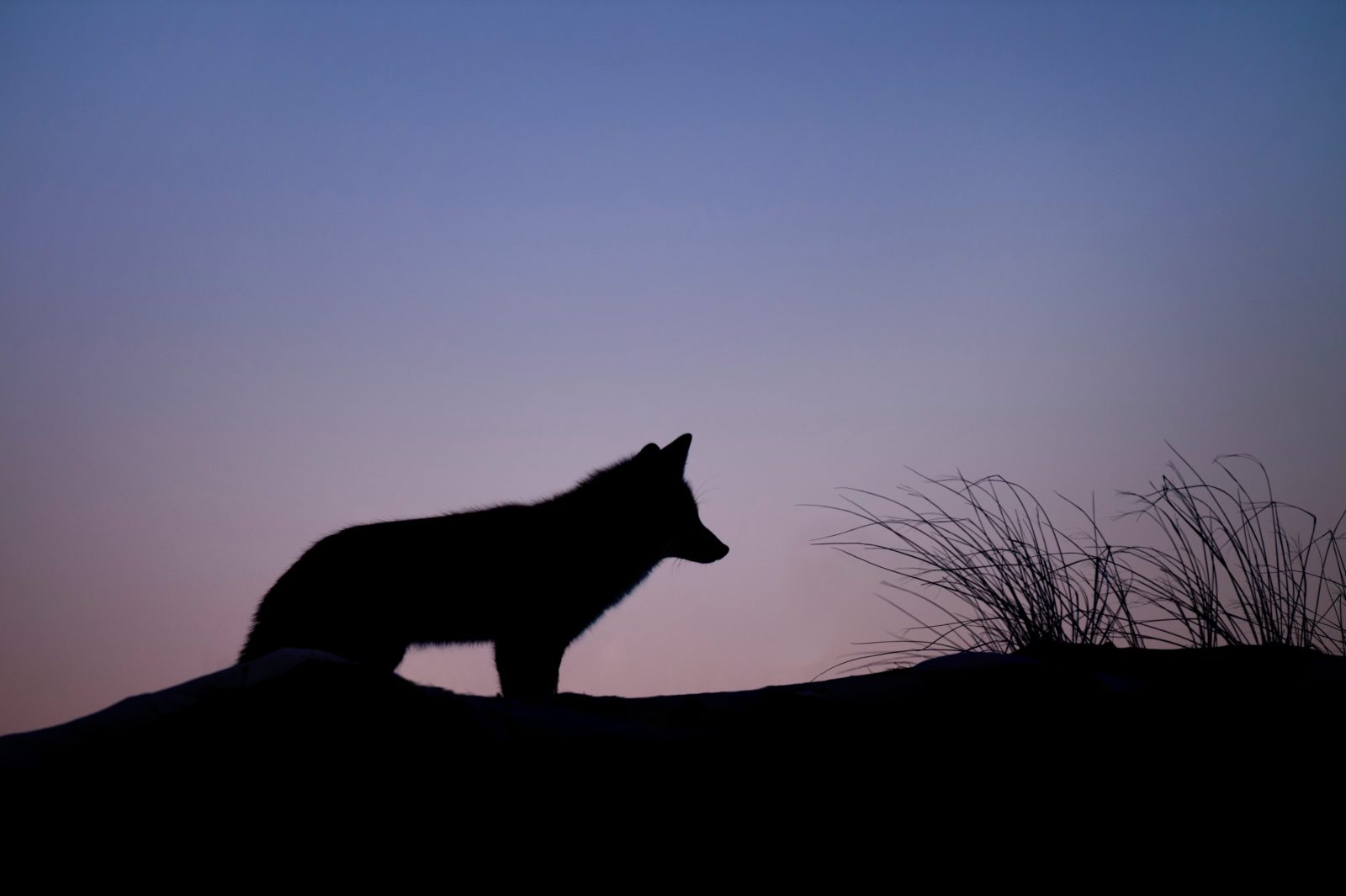 I’m not afraid of dogs. They’ve been with me all my life and I’m very relaxed around them. I’ve never been bitten or even growled at. We instinctively understand each other. So the incident that took place years ago in a twilight lane in Noordhoek, Cape Town, continued to worry me.

I’d been visiting friends who had two young Alaskan malamutes – wolf-like sled dogs. A colleague was to pick me up so I suggested he do it at the gate rather than come all the way into the property down the long, tree-lined drive.

I strolled away from the house, listening to the silence of evening settle over the woods. Then, for some reason, quite far up the drive, I turned round and there behind me were the malamutes, padding on hushed paws. I let loose a yell of fear that surprised even me and dived for the nearest tree, seized by an instinct over which I had absolutely no control.

As I leapt for the lower branches my rational mind kicked in and I hung there, feeling stupid, my heart hammering. The dogs regarded me with puzzled expressions, wagging their bushy tails.

After listening to a seminar at the University of the Western Cape by Louise Green about wolves and werewolves, I remembered my panic and figured it was time to re-open the case.

About 40 million years ago canids – of which the wolf and the domestic dog are members – first appeared in North America. By the time my ancestors ambled across the land bridge into Asia and Europe, the grey wolf ruled the rich hunting grounds emerging south of the receding glaciers. Both species had a taste for flesh, but the wolf was better at bringing it down. There was bound to be trouble.

If a lion or any of the cat family, or even an elephant, charges you and you stand still (you should), your failure to run puzzles them and generally they will stop, on the assumption that if we don’t fear them they should fear us. Never try that with a wolf, it will call your bluff.

In much mythology the wolf is the traditional – if unfairly selected – representative of the dark side of humanity, though it was not always so. The Greek word for wolf is lukos – light – and Apollo was regarded as both the god of the sun and of wolves.

A full-grown wolf can weigh 75 kilograms and be as big as a Great Dane, though far more lithe and muscular. Their paws are the size of your fist. So they’re big and they’re smart. Intelligence is related to brain size and this, according to primatologists, is the effect of animals living together in groups.

Simply put, social animals have bigger brains than solitary ones. Both humans and wolves have intelligence born of cooperation within large families. They teach and care for their young, work together to acquire food, claim territories and have complex communication systems. We have, however, different specialities. Ours is rationality, for wolves it’s running. If you’ve ever seen a wolf, African wild dog, jackal or fox at speed you’ll know what I mean. They can glide effortlessly for hours, which is how they wear down prey.

Where I’m heading with this is the conclusion that Mark Rowlands came to after many years of living with a wolf named Brenin and beautifully captured in a book The Philosopher and the Wolf. The canid family – that is wolves, foxes, jackals and dogs – understand us, because in so many ways they are like us.

This has led them in two directions. One is a path through the grey wolf to the dog, though it’s hard to imagine that fine ancestral parentage in a Maltese poodle. This is the path through understanding to trust and companionship for mutual benefit. The other was – though it is no longer – the path of implacable enemies. Wolves understand us, they’re hunters and deep down in the ancient part of our simian brain we know that.

If a lion or any of the cat family, or even an elephant, charges you and you stand still (you should): your failure to run puzzles them and generally they will stop, on the assumption that if we don’t fear them they should fear us. Never try that with a wolf, it will call your bluff.

There’s an old story about these different paths passed down from the forests of ancient Europe. Discouraged after an unsuccessful day of hunting, a hungry wolf came upon a well-fed dog. He could see the dog was having a better time of it than he was and he inquired what the dog had to do to stay so well-fed. “Very little”, said the dog, “guard the house, show fondness to the master, be submissive to the rest of the family and I get well fed and warmly lodged.”

The wolf thought this over carefully. He risked his own life almost daily, had to stay out in the worst of weather and was never assured of his meals. So he figured he’d try another way of living.

As they were going along together the wolf saw a place around the dog’s neck where the hair had been worn thin. He asked what this was and the dog said it was nothing, “just the place where my collar and chain rub”. The wolf stopped short. “Chain?” he asked. “You mean you are not free to go where you choose?”

“Much”, answered the wolf as he trotted back into the forest. “Very much indeed.”

In a sense we’ve become that dog, but that which is wild in us has not gone, it is merely buried. As Mark Rowlands discovered in his love for Brenin, a wolf is part of the hidden story of who we are, a bright clearing in the ancient forest of the human soul or a dark shadow of all we fear.

It can fill you with delight or scare you to death. At least I think that’s the reason I found myself hanging from a branch being regarded by two puzzled dogs all those years ago. DM/ ML

The only true wolf in Africa is the Simien wolf in Ethiopia. Other wild canids are the African wild dog, the black-backed and side-striped jackal and the bat-eared fox. If you want to stimulate a memory you didn’t know you had, listen to the sounds here.