Two medals on day four of Olympics for Team SA 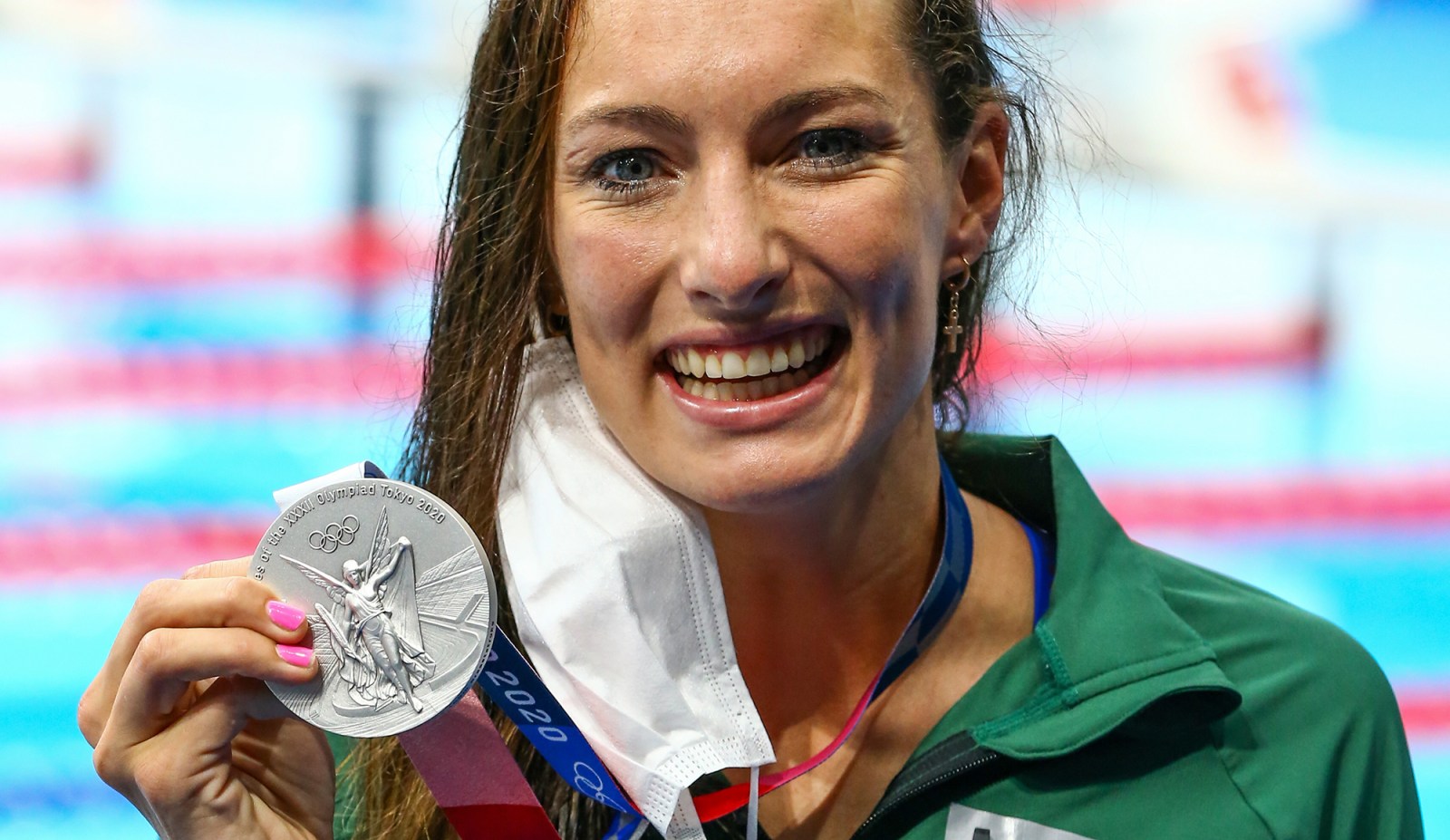 Tatjana Schoenmaker of South Africa with her silver medal in the women’s 100m breaststroke during the Swimming event on Day 4 of the Tokyo 2020 Olympic Games on 27 July 2021 Tokyo, Japan. (Photo: Roger Sedres/Gallo Images)

South Africa got onto the medal board with silver in the pool for Tatjana Schoenmaker.

It was silver for Schoenmaker in the women’s 100m breaststroke, while Bianca Buitendag continued her fine form to reach the final of the women’s surfing, guaranteeing at least a silver.

The men’s rugby Sevens side topped their pool, beating the USA. Earlier, Simone Ackermann finished 17th in the women’s triathlon, while Gill Sanders recorded a DNF (did not finish).

Here is a breakdown of all Team SA’s representatives in action at Tokyo 2020 on Tuesday.

Men’s Pool C, South Africa 17 USA 12: South Africa made it a clean sweep of wins in their group with this victory on Tuesday, having beaten Ireland and Kenya the day before.

Women’s 100m breaststroke, final: Silver! Tatjana Schoenmaker won the silver medal in 1:05,22, with gold going to 17-year-old American Lydia Jacoby. Schoenmaker, who had been the fastest qualifier and had lowered the Olympic record to 1:04.82 in the heats, had led at halfway. But the American finished strongly in 1:04.95.

Men’s butterfly, semifinal: Chad le Clos, the 2012 Olympic champion, had suffered a scare in the heats, taking the last qualifying spot for the semis. He competed in the first of the two semifinals, from lane eight, and made sure of reaching the final with a start-to-finish win in 1:55.06. It was a dominant performance from the South African who admitted to not getting it right in the heats before making amends in the semifinals. He qualified third-fastest overall.

Women’s competition: Bianca Buitendag claimed the scalp of seven-time world champion Stephanie Gilmore from Australia in Monday’s third round and here she beat the 23-year-old Portuguese Yolanda Hopkins for a place in the semifinals. In the semis she saw off Caroline Marks of the USA, 11.00 to 3.67. She’s guaranteed gold or silver later.

Women’s Individual, final: A big field of 56 entered but only 33 finished. While Bermuda’s Flora Duffy, the pre-race favourite, won the race in conditions made difficult due to the overnight rain, Simone Ackermann fared best of the two Team SA athletes. She finished 17th, 5min 38sec off the winner. Gill Sanders recorded a DNF after being lapped and not making the transition zone in time.

Men’s Pool B, South Africa vs Belgium – 6.30pm (11.30am): No one was under any illusion when South Africa saw their group at these Olympics. They’re up against Great Britain, the Netherlands, Belgium, Germany and Canada. With two matches completed so far, South Africa have lost 3-1 to Britain and 5-3 to the Netherlands and now face a powerful Belgium unit. The scorelines haven’t done justice to South Africa though as they matched Britain for long periods and were 3-0 up against the Netherlands before the Dutch fought back.

Women’s Mountain Bike – 3pm (8am): Candice Lill lines up with 37 other riders for the women’s cross-country event over 24.4km. This is the second Olympics for the 29-year-old Capetonian who competed at London 2012. The 4.1km circuit (plus a 1.3km start loop) is located near the city of Izu, about 150km from Tokyo. The course was designed and built by South African Nick Flores, who also built the 2012 and 2016 Olympic courses and the Pietermaritzburg World Championship and World Cup courses.

Men’s quarterfinals, 6.30pm (11.30am): South Africa will look to continue their march to medal contention when they come up against Argentina in their quarterfinal encounter. The other quarterfinals are: New Zealand vs Canada, Great Britain vs USA and Fiji vs Australia.

Men’s One Person Dinghy (Heavyweight – Finn) 1.05pm (6.05am): Races one and two will be contested. Leo Davis flies the Team SA flag here.