SA’s Olympic skateboarders grind on despite lengthy i... 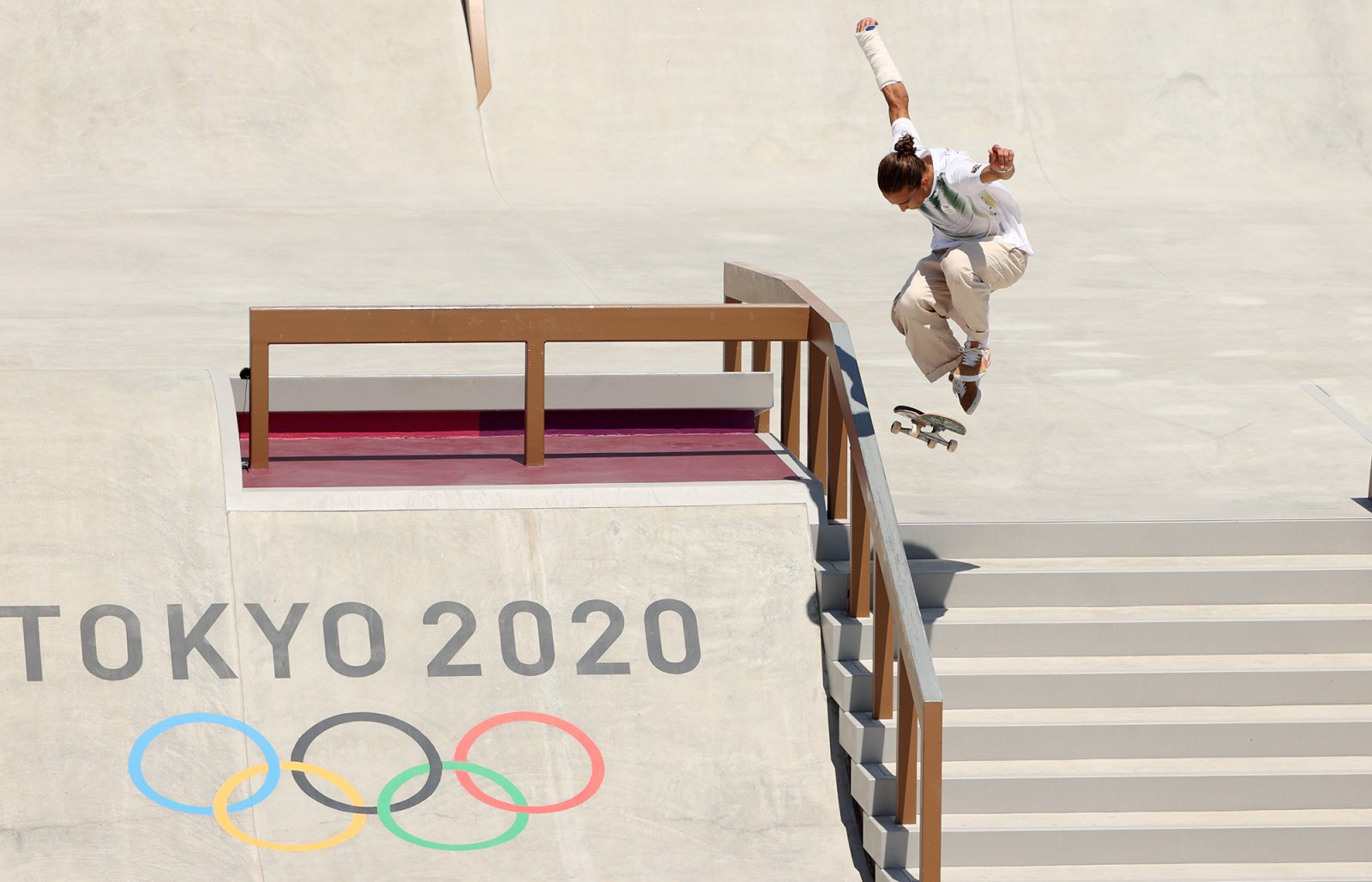 Injuries hampered South African skateboarders in Tokyo, but Boipelo Awuah and Brandon Valjalo have learnt from the experience.

It was the morning after the day before and two of Team SA’s skateboarding contingent were headed for the ‘famous’ five Olympic rings structure that stands at the end of the athletes’ village overlooking the river.

One was limping, the other had a cast around his right wrist and forearm. “Injuries are part and parcel of what we do. Other people damage their eyes by looking at a screen too much. We damage our bodies,” says 23-year-old Brandon Valjalo, who competed with a broken wrist in the men’s street competition as skateboarding made its Olympic debut in Tokyo.

With him was Boipelo Awuah, at 15 the youngest member of Team SA at these Olympics. “It’s okay, manageable,” she says. “Okay, it is really sore, more so when I’m standing up or walking.” Awuah fractured her pelvis while practising for the women’s street competition, and was forced to withdraw.

Both Valjalo and Awuah are heading back to South Africa on Tuesday, but have had the time of their lives.

“To say that I was just selected to represent South Africa at the Olympics was just amazing. It’s sad that I didn’t actually get to compete, but just being here and seeing all the facilities and soaking up the atmosphere has been something else.”

Awuah, who hails from Kimberley, has been ordered to rest for “at least six weeks”. “There’s not much they can do [to mend it] for now and as long as it [pelvis] doesn’t snap I’ll be OK. But I have to sleep on my back and spend time lying down. Standing up and walking hurts.”

The teenager didn’t realise the extent of her injury at first. “It was just a normal fall during practice. I got back on the board and it was sore but not too sore. It was only afterwards that it got worse and the doctor had a look at it. It’s sore now, though.”

Valjalo finished 18th in the men’s street competition this past Sunday, and taking part with a broken right wrist also suffered while training in Tokyo.

“It’s part of what we do. I’ve broken this wrist twice,” he said, before turning around and lifting the back of his shirt.

There are fresh marks that show off the hazards of the job. “Roasties,” he says. “You get used to it. You climb back and go again. [Have] Injured both ankles …” and then he’s off again, a bundle of infectious energy and with the zest of a 23-year-old living the dream. DM