Pondering Polls: The 2021 local elections might still be the least worst outcome in a time of no good options 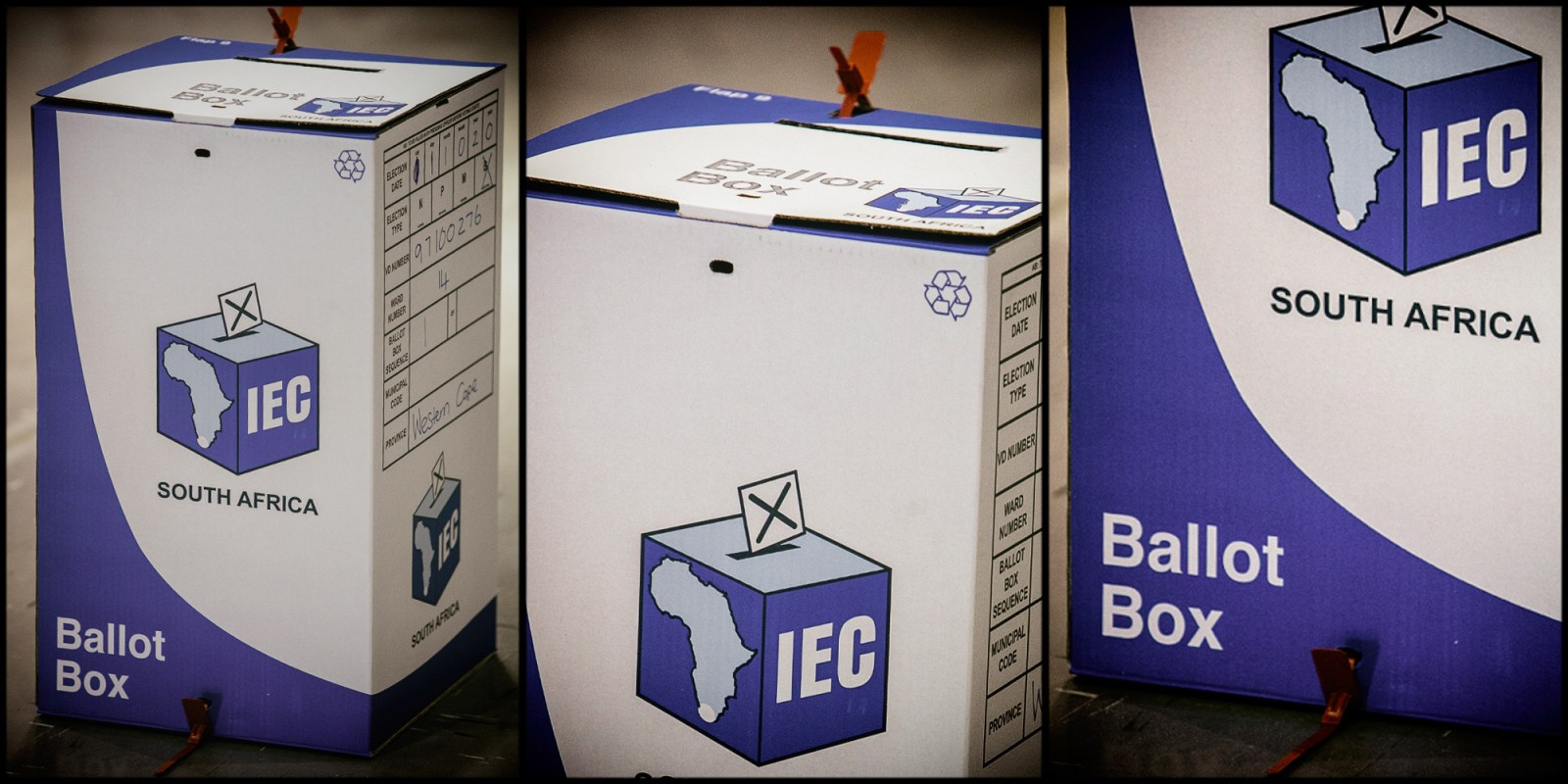 The 2021 local polls may in fact turn out to be an election showdown very few wanted. Still, holding the elections as scheduled could turn out to be one of the better outcomes.

While the Electoral Commission of South Africa (IEC) has decided to ask a court to postpone the local elections, there is still no certainty that this will happen. The parties may still have to campaign for an election to be held by the beginning of November, in a highly politicised environment and before the majority of people in South Africa are likely to be vaccinated.

The 2021 local polls may in fact turn out to be an election showdown very few wanted. Still, holding the elections as scheduled could turn out to be one of the better outcomes.

On Friday last week, the IEC said it would implement the findings of the process chaired by former Deputy Chief Justice Dikgang Moseneke and approach a “competent court” to apply for permission to postpone the elections. President Cyril Ramaphosa had announced the elections would occur on 27 October, but the date is yet to be formally gazetted by Cooperative Governance and Traditional Affairs Minister Dr Nkosazana Dlamini Zuma.

The process so far has seen different political parties entertaining differing ideas and views: the ANC appears keen for the elections to go ahead (but would accept a short delay), the DA wants them to happen, the EFF wants a postponement, while others are also divided on the issue.

It should also be remembered that when people voted in the 2016 local elections, it was for five years, and not for longer than that. No matter what the judges decide, the mandate given by voters will have run out.

Meanwhile, governance in many councils has failed, and some councils appear to be falling apart. Under these circumstances, it would seem unfair to stop people from voting. It could be argued that to stop elections from happening would be to allow people who are perceived as corrupt to remain in power for longer, and for poor, or non-existent, governance to continue.

Imagine for a moment, the sight of Donald Trump claiming that while his term of office was expiring, presidential elections could not be held in the US because of the pandemic. This is the level of the problem that our current quandary creates, and it is taking place in a complex political environment with different, and rather worrying, factors at play.

The issue of legitimacy is key to the entire determination that the court will have to make.

The IEC process was properly transparent, and Moseneke heard from all of the political parties that wanted to speak, as well as from medical experts and all of the officials involved in the process. It was done in public, and his findings were released to the same public.

The IEC is now simply implementing those findings, and thus there can be no claims of secrecy or of a hidden agenda.

However, this would still have to involve a court, 11 unelected people, deciding whether millions of voters can, or cannot, vote on time, and be denied the right to participate in the democratic process of transfer of power.

What really matters is whether everyone involved accepts that outcome. If all of the parties that want to contest the election agree it should be postponed, that removes much of the tension from this debate, and the election’s legitimacy will be enhanced.

Key to this could be the DA, the official opposition party, which has said it wants the polls to go ahead. It is also the party perhaps most likely to go to court on the issue.

However, on Friday, its spokesperson, Siviwe Gwarube, said the party would consider a delay, providing that at least two conditions were met. These were that there be no possibility of the elections being held after February (as Moseneke recommended) and that it be made impossible for this to be considered a precedent. In other words, no other elections could be postponed in the future.

This may be the beginning of a political solution to the problem.

But it is not just the DA that is involved in this: any of the people who want the elections to be held now, possibly even a single voter, would be able to go to court on this issue.

Then there is the other side of the problem: What happens if the elections do go ahead now?

While the EFF and others might go to court to argue that the elections should be postponed, if the court orders that they go ahead, then Julius Malema and his “fighters” might choose not to participate. (A polite expression for making a lot of nationwide noise.)

Considering that the EFF and other smaller parties tend to do less well in local elections than they do in national and provincial elections, it may appear a smart strategy to boycott these polls. This would also feed into Malema’s longer-term strategy of claiming that the current system is illegitimate or corrupt.

However, a possible boycott means he would not have a chance to control the balance of power in metros and councils. In Joburg and Nelson Mandela Bay after the 2016 local polls, a relatively small percentage of seats gave him enormous political power, which he used very effectively. He would run the risk of losing that advantageous position for five years to come, a heavy price to pay.

For the ANC, its own internal dynamics may mean that Ramaphosa would prefer to have an election this year.

The run-up to local elections often leads to violence between different factions of the ANC and, in some cases, candidates for positions have been killed. The ANC’s National Executive Committee has instituted a new system to oversee the selection of candidates, chaired by the former president Kgalema Motlanthe.

For the governing party then, the less time this process is given, the more control those in charge will have, with lesser scope for violence and dissent. The currently dominant faction in the ANC may feel that this is the best option for them.

At the same time, there is evidence of growing frustration among voters. Talk radio and Twitter appear dominated by anger about the current situation. This has been sparked by the pandemic, the associated lockdown and the fact that many people simply do not have enough food. The recent looting and violence might well have been more evidence of this.

One way that this anger could be assuaged is through an election. This would allow people to cast their ballot, to have their say and to take part in formal politics.

Those who have covered elections in the past have seen how tensions rise during the campaign, but as the results start appearing at election centres, those tensions often disappear as leaders from different parties come together in the same space. While there is absolutely no certainty that this would happen again, it is entirely possible – a relatively good outcome for a country in desperate need of good outcomes.

This could align with the interests of the ANC, if its leadership does want to avoid a long internal dispute over positions.

But that is not the end of the matter.

If elections were held this year, very few people might vote because of their fears of the pandemic, possibly leading many to not accept the results.

It’s a difficult situation and, no matter what happens, no one is going to be completely happy with the process, or the results. DM