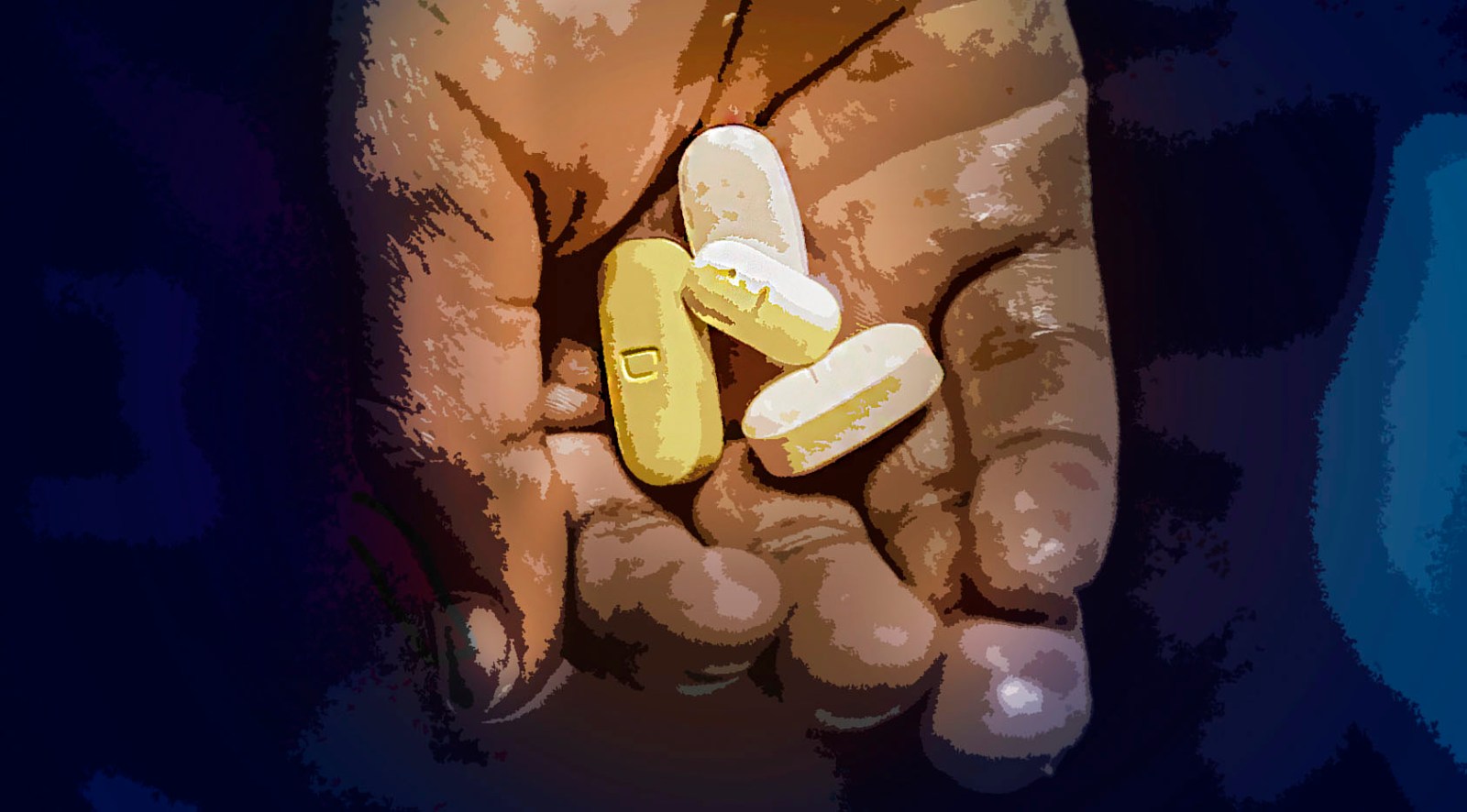 The treatment of drug-resistant forms of tuberculosis has been transformed over the past decade with treatment becoming more effective, safer, and treatment duration in many cases dropping to less than a year. (Original photo: EPA / Nic Bothma / Wikipedia)

The treatment of drug-resistant forms of tuberculosis has been transformed over the past decade, becoming more effective and safer. In many cases, the duration of treatment drops to under a year. Even so, treatment can still come with serious side effects and, for some, it can still last for more than a year and a half. Now, new research has found that the dosage of a key drug can be lowered without compromising how well it works.

In a finding that may help further reduce side effects in the treatment of drug-resistant forms of tuberculosis (DR-TB), new research has found that the dosage of the drug, linezolid, can be lowered without compromising how well it works. Together with another drug called bedaquiline, linezolid has been responsible for much of the recent progress.

Current World Health Organization (WHO) guidelines recommend a “short” regimen of nine to 11 months for uncomplicated forms of DR-TB. This short regimen includes bedaquiline, but not linezolid. For more complicated or more drug-resistant forms of TB, the WHO recommends a “long” regimen of 18 to 20 months.

Though the exact composition of such longer regimens varies, they typically include both bedaquiline and linezolid as part of a regimen comprising at least four different drugs. Linezolid is also included in both South Africa’s shorter and longer regimens for various forms of DR-TB. But much of the evidence that the WHO advice and South African guidelines are based on is relatively uncertain. As a result, various clinical trials are under way trying to identify optimal treatment regimens for DR-TB.

Prof Keertan Dheda, general physician, pulmonologist and a critical care specialist who heads the pulmonology division at Groote Schuur Hospital and the University of Cape Town, says that an ambitious goal is to derive a treatment regimen for DR-TB that is of the same length as that for drug-sensitive TB (currently six months, although some trials have shown four months is also possible). This, he says, could be achieved through different combinations of newer drugs, but the best possible combination, and whether such a goal can be attained or not, is the objective of various ongoing or recently completed trials. Some important clinical trials include TB-PRACTECAL, endTB, and NEXT-TB.

Two trials that have arguably produced some of the most interesting DR-TB findings in recent years are Nix, and now, its follow-up, ZeNix.

The two trials are uniquely ambitious in that they test a six to nine-month experimental regimen of just three drugs — bedaquiline, linezolid, and pretomanid (BPaL for short) — in people with pre-XDR or XDR-TB (in other words, TB that is resistant to more drugs than “normal” DR-TB).

The BPaL regimen can thus be seen as an experimental alternative to the WHO’s long regimen mentioned above, and a challenge to the conventional wisdom that at least four drugs are needed to cure DR-TB.

The BPaL regimen has made headlines because of the high treatment success rates in the Nix study (around 90%) — although its precise efficacy is hard to gauge since it was a single-arm study with no control group. While BPaL is clearly a vast improvement on treatments from a decade ago, when most people with DR-TB were not alive five years after diagnosis, it is not known exactly how well its safety and efficacy compares to the WHO’s long regimen, which also presents a dramatic improvement over older treatments.

As pointed out by Lindsay McKenna, TB Project co-director at the US-based NGO Treatment Action Group (TAG), rates of grade three or higher adverse events during treatment were very high in the Nix trial, requiring linezolid dose reductions or interruptions among a majority of participants.

It is in response to these concerns about linezolid that a follow-up study called ZeNix was designed.

“The aim of the trial (ZeNix) was to evaluate whether the efficacy of the BPaL regimen could be maintained while reducing a patient’s exposure to linezolid and its associated side effects,” says Dr Francesca Conradie, principal investigator of the ZeNix trial.

“Because of the 1,200mg dose of linezolid, there was a high rate of adverse events. This was a very high dose and we had to look at other ways of reducing this without compromising the 90% efficacy of BPaL.”

ZeNix is a four-arm, double-blinded (neither doctors nor patients knew who was on which arm) clinical trial that tested different linezolid dosing strategies — six months of 1,200mg, two months of 1,200mg, six months of 600mg and two months of 600mg (the bedaquiline and pretomanid dosing were the same in all four arms). One hundred and eighty-one patients with highly drug-resistant forms of TB were enrolled in the study in South Africa, Russia, Georgia and Moldova. Thirty-six of the study participants were living with HIV.

Findings from the study were presented last week at the 2021 International Aids Society Conference on HIV Science (the abstract can be read here).

“Even with the reduced dosage of 600mg, the efficacy was still maintained, and what was a win for us was that the side effects were significantly lower,” says Conradie.

Dr Norbert Ndjeka, director for drug-resistant TB, TB and HIV at the national department of health, welcomed the findings. “This is exciting,” he told Spotlight. “We will be able to treat more patients seeing that there will be a reduction in adverse events due to linezolid.”

“Whether the approaches used to optimise linezolid dosing in the ZeNix regimen will be applied to linezolid more broadly is unclear as other ongoing or recently completed drug-resistant TB treatment shortening trials take all different approaches,” says McKenna.

“Any comparisons between these linezolid dosing strategies would be indirect, making it difficult to determine a single optimal approach (whether one is better than another), especially given that other components of these regimens differ as well.”

A number of other studies have already opted for lower doses of linezolid prior to the ZeNix findings, with doses of 600mg and 300mg commonly being used and for varying durations. In these studies, linezolid is typically administered with at least three other drugs, unlike the two in Nix and ZeNix.

It seems unlikely that the core of the public sector DR-TB treatment guidelines in South Africa will be impacted in the near term, since the standard linezolid dose for DR-TB is already 600mg. Public sector patients typically take the drug for two months, although some patients need to take it for longer.

It does, however, seem likely that the linezolid dosage in the context of the BPaL regimen will be reduced from 1,200mg to 600mg. This has direct implications for the BPaL clinical access programme (the operational research referred to earlier) in South Africa, but will also have broader implications should the BPaL regimen be recommended for use outside of operational research in future.

“Because we wrote the protocol for 1,200mg and it was administered per package insert, we will have to present the findings to the national clinical advisory committee,” says Conradie, who is also involved with the BPaL clinical access programme.

“This data is still very new, but my guess is that we will have to do the 600mg-a-day for the linezolid. I think we will do that… why would we go for a higher dose that has higher adverse events when a lower dose has the same efficacy and has reduced adverse events?”

According to Ndjeka, the BPaL regimen is currently only available at four facilities in South Africa and only under operational research conditions.

“What we are doing now is in line with WHO recommendations. Hopefully, in future, all our XDR-TB and Fluoroquinolone-resistant TB patients will be treated for six months with BPaL, if the WHO provides such guidance,” he says.

Ndjeka says he thinks the reduction of the linezolid dose in the BPaL regimen will come first and the other issues will follow, with further recommendations. DM