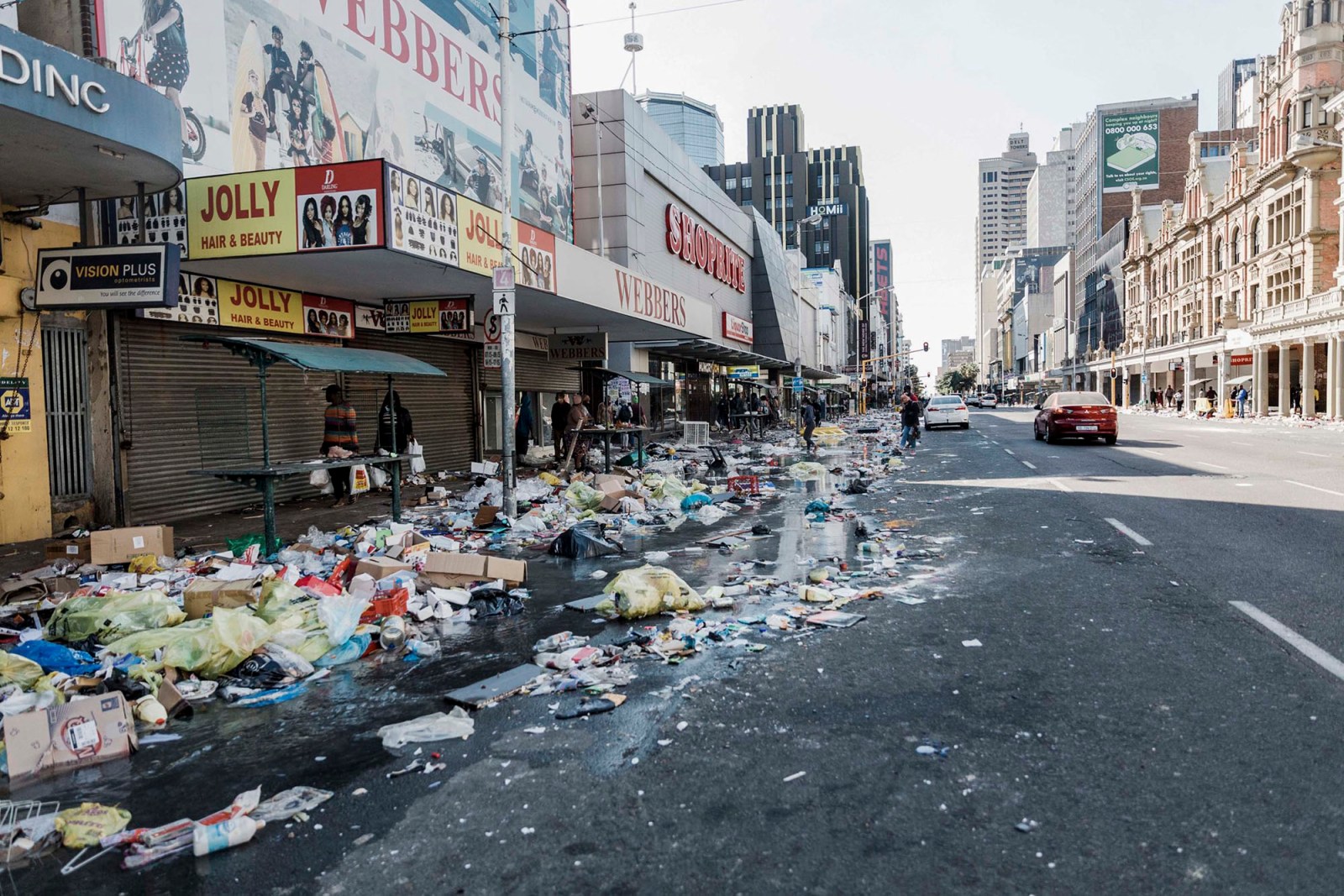 Sasria is the only insurer covering public disorder and looting risks.

If your small business has been a victim of looting or civil unrest over the past few weeks, you need to urgently submit a claim to your insurer.

On your insurance policy, Sasria cover is noted as an add-on line item. Sasria is the only non-life insurer in the country providing specialist risk cover for events such as civil commotion, public disorder, strikes, riots and terrorism. The Financial Sector Conduct Authority says it has confirmed with Sasria that claims will be settled where the relevant cover is in place. As a policyholder, you submit your claim directly to your insurer who will then engage with Sasria on your behalf.

“South Africa is one of the very few countries in the world where you can get cover for damage caused by civil commotion, riots and strikes,” says Maria Philippides, a partner at Webber Wentzel. She says that, if you have Sasria cover in place, your business could be insured against the risk of loss or damage to its tangible assets, goods in transit, money, vehicles, construction works and construction plant and equipment, and specific consequential business interruption loss.

If you do have Sasria cover and intend to make a claim under your Sasria policy, here’s what you need to know:

Open a case file with the police: Philippides says this should ideally be done within 48 hours of the incident related to your claim. Insurers may make exceptions if it was unsafe to be in the area and you were unable to file a report at the relevant police station. But you will need a case number for your claim. You can also file a report or an affidavit at a neighbouring police station.

Notify your insurance broker: Sasria must be notified of your claim within 30 days of your insurer or broker receiving the claim.

Gather evidence: The fact that the country has been affected by public disorder does not mean you can take your claim and loss as a given.  “You need to prove your claim and that it falls within the cover provided by your Sasria policy,” says Philippides. Try to obtain photographic and video footage of the incidents.  CCTV footage may be backed up in the Cloud if the cameras have been damaged. You can submit news footage if it shows your store.

This should not be a multiple claim. You cannot claim for arson or theft and also put in a claim with Sasria for damages caused by civil unrest. All these damages would be filed under a single Sasria claim. Philippides points out, however, that under the same claim you can include a claim for business interruption. “If your business was burnt down, the business interruption claim could include your loss of profits while rebuilding. The insurer will appoint a loss adjuster to review the damage and assess costs,” she says.

If your staff are unable to work while your business is being repaired or rebuilt, their salaries or wages would be included as part of your business’s “standing charges” under the business interruption claim, along with other regular costs such as rent.

“Because of the unpredictable and often chaotic nature of these incidents, both private and public property can suffer expensive damage,” says Ricardo Coetzee, head of Auto & General Insurance. “It is for this reason that we encourage people to ensure that Sasria cover is included in their insurance policies. If you are not properly covered, your insurer may reject claims for damage or loss incurred during a strike, civil unrest or protest.”

The sheer number of claims received by Sasria means it may take some time to finalise your claims.  “While customers wait for their claim outcome from Sasria, they will no doubt face much uncertainty and we are concerned that, for businesses, this will result in business closures and job losses.  To assist, once a valid Sasria-related claim has been captured by Auto & General, we will make interim payments to help our customers get back on their feet,” Coetzee says.

He adds that this “upfront payment” from Auto & General is an unprecedented move to help to rebuild South Africa and applies to claims submitted by both business insurance and personal lines insurance customers.

Andrew Coutts, head of intermediated business at Santam, told DM168 that, within a week of the riots breaking out in KwaZulu-Natal and Gauteng, the insurer had already received more than 1,000 Sasria motor and non-motor claims.

“At this stage we are unable to provide a monetary amount for the claims we have received to date as the loss adjusters must still determine the extent of the loss for each claim.  We can confirm that 95% of our clients have Sasria cover on their policies,” Coutts says.

Santam Re has a small participation percentage on the Sasria reinsurance programme.

Coutts reiterated that it was too early to quantify any potential exposure of this participation until loss estimates are received. “However, the participation is within the group’s risk appetite,” he says. DM168

Deshni Subbiah, chair of the Short-Term Insurance Committee of the Actuarial Society of South Africa, says until the widespread destruction and looting of property over the last week, most South Africans were unaware of the existence of Sasria, which was created as a state-owned company following the 1976 Soweto uprisings. “At the time, South Africa’s short-term insurance companies decided that they could no longer provide cover for losses caused by politically motivated unrest and violence, and as a result Sasria was launched as a Section 21 company,” she says.

She goes on to add that she is unsurprised that most people have never heard of Sasria or checked their policies to make sure that it is included, given that South Africa has not seen destruction and looting of property of the extent witnessed last week since Sasria was created.

Sasria managing director Cedric Masondo, notes that in its 42-year history, Sasria had never experienced riots, violence or looting of this magnitude. “We have been deeply concerned since the outbreak of these riots. We are hard at work attending to the concerns raised by our clients and are attending to the claims we have received to date,” he says. Masondo says it could take as long as two months to assess the full cost of the damages once all claims have been reported, and investigations and quantification completed. DM168