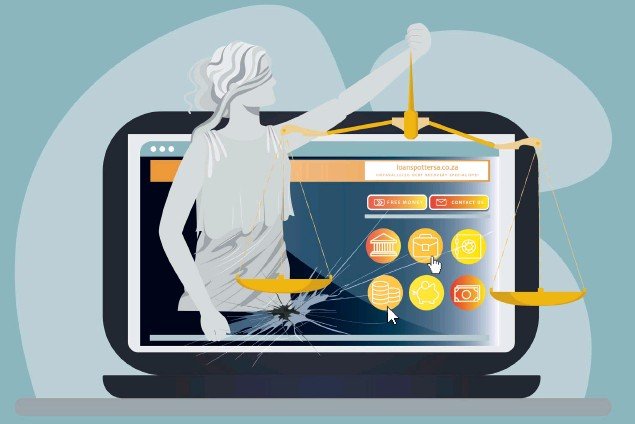 The Lifestyle Legal group is accused of setting up fictitious loan-providing companies that allegedly conned desperate consumers into signing up for services they hadn’t asked for.

A web of companies purporting to be “loan providers” is set to be taken to court in a class action brought by Stellenbosch University (SU) Law Clinic. The companies are accused of duping thousands of consumers into signing contracts for paralegal and other “value-added” services, instead of providing actual loans.

On 21 July, Judge Patrick Gamble delivered the judgment certifying the application in which the clinic and eight clients sought permission to institute the class action on behalf of thousands of defrauded consumers. The application is granted with an opt-out mechanism, which means consumers automatically stand to benefit from its ruling, unless they choose not to.

Only 10 class actions have been successfully certified in SA. This will be the first consumer law class action in which a court was required to deliver a certification judgment and the first for “dark pattern marketing” in the country.

The SU Law Clinic filed the certification application with the Western Cape High Court on 13 September 2019, after being alerted to complaints from consumers about 19 websites related to the Lifestyle Legal group. The websites all prominently bore the word “loan” as part of their domain names – loantrackersa.co.za, loanspottersa.co.za, loanmatchsa.co.za, etc.

The virtual hearing was held from 8 to 9 March 2021. At the start of proceedings, Lifestyle Legal’s representative, Advocate Henno Bothma, sought to introduce a supplementary affidavit by the 18th respondent – the owner of the Lifestyle Legal group, Damian Malander – arguing that the interdictory part of the relief was moot because his clients were no longer operating the various websites in contention.

Bothma indicated that the respondents accepted that the applicants had made out a prima facie case for relief based on the causes of action as pleaded in the founding affidavit and the relevant facts set out. Counsel accepted, too, that the Law Clinic was a suitable party to act as the class representative. The only contentious issues for purposes of certification were the questions of commonality and appropriateness.

The respondents argued that the cases were unique to each prospective plaintiff and were not capable of class-wide resolution . The courts would be required to conduct unique factual investigations into each consumer’s claim with the further prospect of cross-examination to test its veracity and reliability. In his ruling, Judge Gamble said this argument “misses the point”.

The primary issue is whether the respondents’ modus operandi was the establishment of websites, which were intended to mislead innocent consumers into believing they were applying for loans when, in truth and fact, they were not.

“The consumers in the prospective class complain that they were misled by the websites they visited, having been referred there automatically when they accessed an online search engine such as Google looking for short-term loans. The contention that there are a series of unique factual determinations, which will be required, is actually a myth.

“The primary issue is whether the respondents’ modus operandi was the establishment of websites, which were intended to mislead innocent consumers into believing they were applying for loans when, in truth and fact, they were not.”

Malander is believed to have used his security guard and gardener as the “faces” of his business.

The group is accused of employing “dark pattern” marketing methods, which appear to offer loans and free “loan-finding” services – essentially, tricks used in websites and apps that are crafted to dupe users into buying or signing up for something they did not intend to, such as buying expensive insurance with another purchase, or signing up for recurring billing.

Consumers would be tricked by these Lifestyle Legal websites, which advertised loans – “blacklisted welcome” and “no credit checks”, both illegal in terms of the National Credit Act – and conclude “contracts” for unwanted services without reading the terms and conditions.

Invariably, the agreements were for a fixed term of 12 months, comprising an initial subscription fee ranging from R399 to R429 and a monthly subscription of R99 for the remaining duration of the agreement. Stunned consumers would then realise that amounts were being deducted from their bank accounts. Those who reversed the debits received threats and harassment from the group’s collection agency, Lifestyle Legal, which would threaten to blacklist or take legal action against consumers if they did not pay in terms of the “contract”.

The Law Clinic alleges that the purported agreements concluded between the consumers and the relevant websites are unconscionable, unjust, unreasonable and unfair in terms of sections 40, 41 and 48 of the Consumer Protection Act (CPA), or alternatively unlawful under common law. It alleges that the respondents’ conduct, in terms of their demands for and/or collection of payment, is unconscionable in terms of section 40 of the CPA, or alternatively unlawful under the common law.

Stephan van der Merwe, a senior attorney at the SU Law Clinic, noted in the affidavits that the clinic had received thousands of complaints by consumers who had fallen foul of the respondents’ alleged trickery. A Facebook group set up in response to the alleged scam was said to have numbered almost 700 members in August 2019. There had also been widespread media coverage.

Van der Merwe said certification of a class action will enable the clinic to request restoration of money illegally debited and compensation for resulting losses on behalf of the affected consumers.

Professor Theo Broodryk, the manager of the law clinic, said in the certification application that consumers place a lot of weight on readily accessible information on the site. “The manner in which these ‘services’ are presented on the site is intended to dupe consumers. When they searched for loans on Google and other search engines, they were directed to standard loan application forms and asked for personal information. They were presented with questions about whether they were blacklisted, what is the purpose of the loan, and then asked to click on terms and conditions. Then, in one of the five hyperlinks, you find it is for convenient service packages. The websites are guilty of misdirection – they do so purposefully to misdirect, which is fraudulent misrepresentation.”

Consumers were plunged deeper into financial problems. The Lifestyle Legal group is believed to have ceased operations and shut down all its “loan” websites after the application was lodged.

The Payments Association of South Africa (Pasa), which is charged under the National Payment System Act to monitor, inter alia, the abuse of the debit order system by commercial users in the banking sector, has been admitted as amicus curiae in the matter.  It argued that the respondents were confidence tricksters. Pasa noted the group was not a registered credit provider, nor were its subsidiaries, because they were not extending loans. No consumers receive any loans.

No service was ever provided, nor was there evidence consumers had a need for them.

The judge ruled that the class consisted of all people who have had money debited from their bank accounts, been harassed, threatened in connection with any demand for or collection of payment by the respondents at any time from 1 May 2015 to date on the basis of them having concluded purported agreements.

Members of the class must be notified of this action. The notice must be publicised by the 19 respondents within a month. They must give the clinic the last-known contact details of all its customers, and widely publicise the notice, including on the Law Clinic’s website and Facebook pages, and the home page of each website operated by any of the respondents or their proxies and associates.

Van der Merwe said the SU Law Clinic would now issue a summons on behalf of the class and that consumers would shortly be notified of the process for registering their claims.