Simone Biles on track for six golds at Tokyo Games 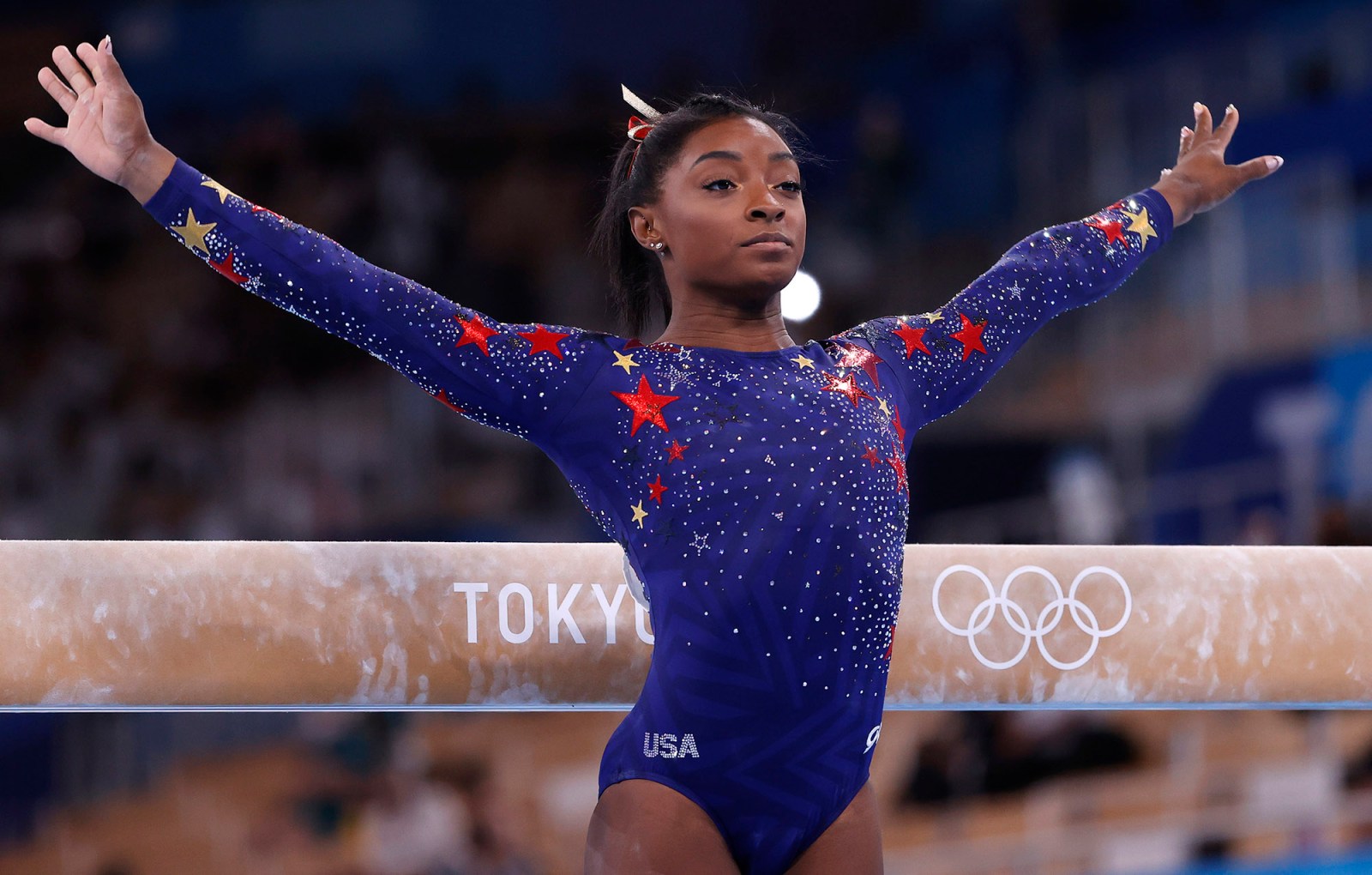 Simone Biles of the US competes on the balance beam in the women’s gymnastics qualifying at the Tokyo 2020 Olympic Games at the Ariake Gymnastics Centre on 25 July 2021. (Photo: EPA-EFE / How Hwee Young)

The gymnastic great endured a difficult first day of competition in Tokyo, but remains on track for a large haul of medals despite some uncharacteristic mistakes.

Simone Biles will get a chance to atone for an uninspiring qualifying effort on Sunday and get a shot at six gold medals that would enshrine the American gymnast in the pantheon of all-time Olympic greats.

Already regarded as one of the sport’s all-time greats, Biles arrived in Tokyo targeting a record haul.

The American currently shares the women’s gymnastics record of capturing four golds at a single Olympics with a number of others, including Larisa Latynina, Vera Caslavska and Ecaterina Szabo.

The 24-year-old had been expected to launch an all-out assault on the podium and record books in Tokyo, but her first appearance at the Ariake Gymnastics Stadium was not without a bit of stress and drama as she had to wait until well into the evening before finding out if she was among the eight qualifiers to make the cut for the asymmetric bars and balance beam finals.

After completing her last routine on the beam, a grim-faced Biles looked up at the scoreboard and exited the arena without talking to the media.

Despite some initial disappointment with her effort, Biles will have a packed programme in Tokyo leading the US defence of their team title and her all-around crown. She will then compete in the finals of the beam, uneven bars, vault and floor exercise.

If the Americans, who were surprisingly pipped by the Russians in qualifying, capture the team gold on Tuesday, Biles could potentially win six golds.

With the five medals she won in Rio in 2016, Biles needs three more to move past Shannon Miller as the most decorated US gymnast.

Four more and she will also break the gymnastics record of a combined world and Olympic 33-medal haul held by Vitaly Scherbo of Belarus.

With no spectators allowed inside the arena due to Covid-19 restrictions, it was very much a business-like effort by Biles and her American teammates.

However, it was far from business as usual with a resurgent Russian team firing a warning shot.

Russia, competing in Tokyo as representatives of the Russian Olympic Committee (ROC) because the country was stripped of its flag and anthem for doping offences, has not won the women’s team title since the Unified Team struck gold at the 1992 Barcelona Olympics.

The US has won the team event in every Olympics and world championship since 2011.

Even without the presence of thousands of screaming fans, the spotlight in a near-empty arena seldom strayed from Biles, who was the focus of attention each time she stepped up to a piece of equipment.

With zero energy in the building, Biles got the competition off to a flat start by flying off the mat with both feet at the end of one tumbling pass during her floor exercise.

But such was the degree of difficulty of her routine that even with the big error she still drew the second-highest score, behind only Vanessa Ferrari of Italy.

She finished with the top mark in the vault, but could not find her best form on the beam and asymmetric bars.

In fact, her score of 14.566 on the uneven bars left her trailing in 10th, but she squeezed into the final thanks to an Olympic rule that limits only two finalists per nation, with two higher-placed Russians missing out.

While the US were not the dominant force many expected, USA Gymnastics team coordinator Tom Forster reminded everyone there were no medals handed out on Sunday.

“Mentally we’re going to be okay,” assured Forster. “It’s just about being focused.

“This is not the finals, this is getting into the finals. So this might be a great awakening for us, and we’ll take advantage of it. Sometimes, just like in any other sport, great athletes drop the ball in the end-zone or a quarterback throws an interception. It happens.” DM