Before the civil unrest, where widespread looting and wanton damage to property and infrastructure that took place across KwaZulu-Natal and Gauteng tripped up the country's economic recovery, we witnessed the first signs that South Africa might be turning a corner.

Reforms within the criminal justice system, however slow, were starting to yield results with a few key State Capture perpetrators arrested. Eskom was making progress at reducing its burdensome debt, with new solutions announced that could feasibly address some of the country’s electricity generation issues.

While the economy is unlikely, according to the OECD, to recover to pre-pandemic levels before 2025 due to the slow vaccination rollout and low consumer spending, the country will eventually emerge from the COVID-induced crisis. However, South Africa will still face the structural issues that have plagued the economy’s growth trajectory for more than a decade. A lack of confidence in government policies implemented subsequent to the Thabo Mbeki administration, sits at the heart of the country’s protracted struggle to stimulate growth and prosperity.

Before the Zuma presidency, the country benefitted from consistent primary budget surpluses and sufficient growth to support job creation, which helped to reduce unemployment, albeit slowly. However, the Mbeki-era policy framework was ideologically unpopular at the time due to South Africa’s historical inequality. The ruling party’s reliance on its partnership with labour unions to create and sustain a strong support base among the working-class majority continues to pit socialist policies against the free market economic fundamentals that are proven to support growth and prosperity.

Clearly, government policies implemented over the last 15 years have not worked and history affirms that socialist policies consistently fail. While multiple complex international and local factors have contributed to our precarious economic situation since then, this ideological battle continues to hamper the government’s ability to pull the country from its economic quagmire.

Worryingly, the glacial pace of South Africa’s structural reforms could exclude the country from benefiting from the tailwinds of the post-pandemic global recovery. However, as calls from the privatisation faction to implement favourable policies grow louder and more vociferous, these warring ideologies simply get pushed further to the fringes and stifles productive debate. As a consequence, we seem to have a real aversion to private business and free-market enterprise in South Africa.

Yet, any political moderate knows which policies will work best to spur growth, which is why South Africa needs a rational meeting of minds. This will create cohesion and a roadmap for where we need to get to and identify the policies that will get us there. Instead, the government continues to forge ahead with broader government intervention and more regulations to control every policy lever – economic, social and business – in an attempt to address the structural inequality that exists due to the country’s past and prevailing global and local factors.

But perhaps our government is trying to do too much. The policies introduced to address issues such as inequality, power generation and land restitution have caused growth to lag and reduced confidence in the economy. Widespread corruption at the national and municipal level add to the challenges and hamper social services and service delivery, which affects all South Africans but disproportionately impacts the poor. As a result, the gap between the haves and have-nots in South Africa continues to widen.

Prosperous economies around the world emerge when governments allow free-market economics to address the structural issues and imbalances that government intervention cannot. In this paradigm, a capable state regulates to ensure an even playing field through legislation, not to control markets.  Trying to address the country’s structural challenges with absolute control is the real battle we face. But this also means that South Africa is in control of its own destiny.

If the government chooses to implement proven free-market economic policies, we can effectively address our historical paradigm as a new dawn in public and private partnerships fuel the country’s economic recovery beyond the pandemic. For instance, in my opinion, the Eskom crisis is unsolvable unless we allow private-public partnerships to flourish. In a country that should be a world leader in renewable energy production due to favourable climate conditions, stopping the nonsensical monopoly of a dysfunctional state energy generator and opening up the private sector for energy generation would address one of the country’s biggest growth constraints. Stable, reliable and cost-efficient energy production would also attract more investment into the country.

The fight against corruption must also accelerate. More can and should be done to root out corruption and malfeasance at all levels, not just the headline-grabbing efforts to tackle state capture.

Prioritising high-profile cases may suggest things are happening, but we need to ensure that we address corruption at the municipal and corporate level, as well to create a more capable state. Every rand we can save or recover from corruption can go towards better service delivery and caring for the poor. And investing more tax revenue into critical infrastructure and development, such as reliable energy generation, better transport infrastructure, education, and city planning to get people closer to their place of work, will all help to stimulate economic activity.

The country doesn’t need to reinvent the wheel. We just need to get the basics right. Unfortunately, right now we don’t have the political will or money to carry out these projects. Our government needs to get out of its own way as further state intervention will only hamper economic recovery and growth. The policy decisions that the government makes and implements now will ultimately entrench the failings of the past, or architect our roadmap to a more prosperous future for all South Africans.  DM/BM 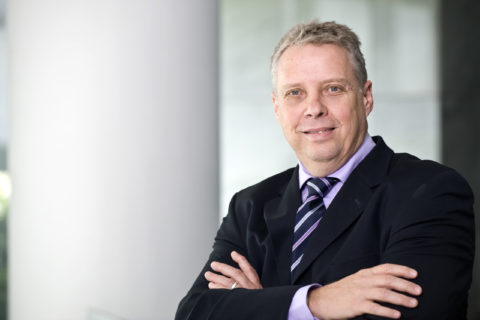 This article was written by David Gracey, Head of Foreign Exchange and Fixed Income at Investec Corporate and Institutional Banking

The views expressed in this article are, unless otherwise stated, those of the individuals quoted and not those of the Investec Group of Companies or its management. View the disclaimer here: Investec.com ICIB Disclaimer