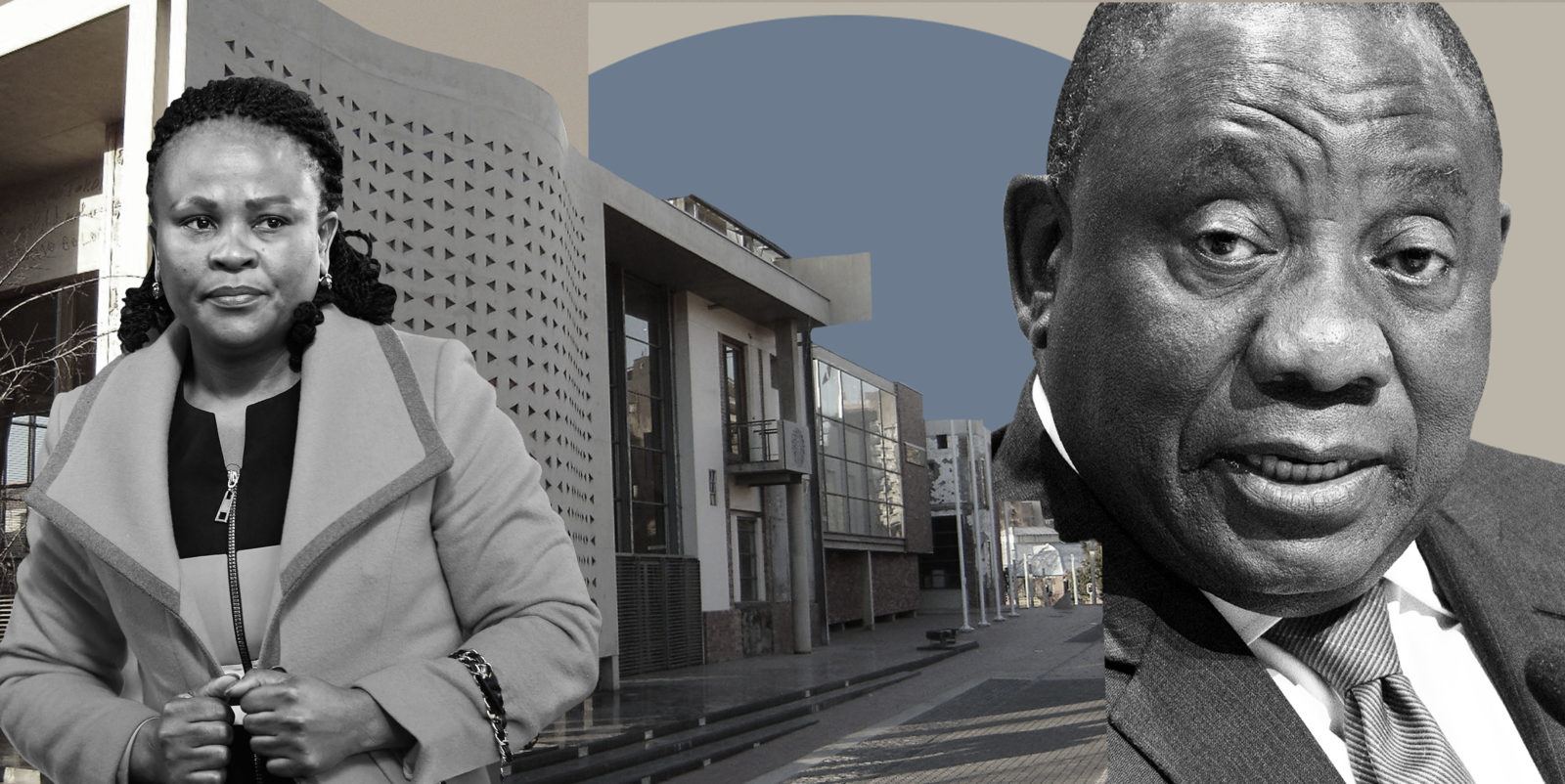 Busisiwe Mkhwebane is challenging the Constitutional Court’s decision to uphold a ruling setting aside her report on President Cyril Ramaphosa’s CR17 campaign. This comes shortly after former president Jacob Zuma’s unprecedented application to the apex court to rescind his 15-month sentence for contempt of court.

Public Protector Busisiwe Mkhwebane has approached the Constitutional Court to request that it rescind or reconsider its decision to reject her appeal against the North Gauteng High Court’s ruling to set aside her report on funding for the CR17 election campaign.

On Friday, the Public Protector issued a statement saying she had applied for “the rescissions, varying and/or reconsideration” of the ConCourt’s dismissal earlier this month.

The High Court set aside Mkhwebane’s report on the CR17 campaign in March last year on the grounds that she had  “reached an irrational and unlawful conclusion on the facts before her”.

The ConCourt also upheld the finding that the Public Protector was “plainly not authorised” to investigate the affairs of the CR17 campaign, because these did not relate to the activities of an organ of state.

In particular, Mkhwebane is challenging what she refers to as the “patently erroneous finding” that she changed the Executive Ethics Code by replacing the word “willfully” with “deliberately or inadvertently”.

“This finding was pivotal to the decision to dismiss the appeal,” she wrote.

The report published in July 2019 found that Ramaphosa had misled Parliament about a R500,000 donation towards his campaign by Gavin Watson, CEO of Bosasa – now called African Global Operations.

The Public Protector’s office will argue that the court relied on the old version of the Executive Ethics Code published in 2000, while Mkhwebane “invoked, verbatim, the provisions of the amended version of 2007, which the Constitutional Court has itself endorsed as recently as March 2016 in the EFF v Speaker of the National Assembly case”, the statement read.

Mkhwebane alluded to the present application earlier this month.

Her office said there were implications of the case being dismissed on her “personal and professional capacities”.

“The dismissal of the appeal also has serious implications for the work of the office, which is the sole enforcer of executive ethics under the Executive Members’ Ethics Act [of] 1998,” the statement said.

This comes hot on the heels of former president Jacob Zuma’s unprecedented application to the Constitutional Court to rescind his 15-month sentence for contempt of court. On 12 July the court reserved judgment on the matter.

According to Constitutional law scholar Pierre de Vos, Zuma’s application was a “desperate attempt to avoid the consequences of his actions” and “an elaborate exercise in gaslighting”, he wrote  in a Daily Maverick op-ed.

In a Daily Maverick article, Marianne Merten referred to Zuma’s court action as “delays by legal strategy”, a tactic “firmly embedded in Zuma’s arsenal”.   The damage arising from Zuma’s legal meandos – political mobilisation by court action is an old tactic in the Zuma playbook, going back to his rape trial, and May 2006 acquittal – is immediate, and unfolds at different levels.” DM