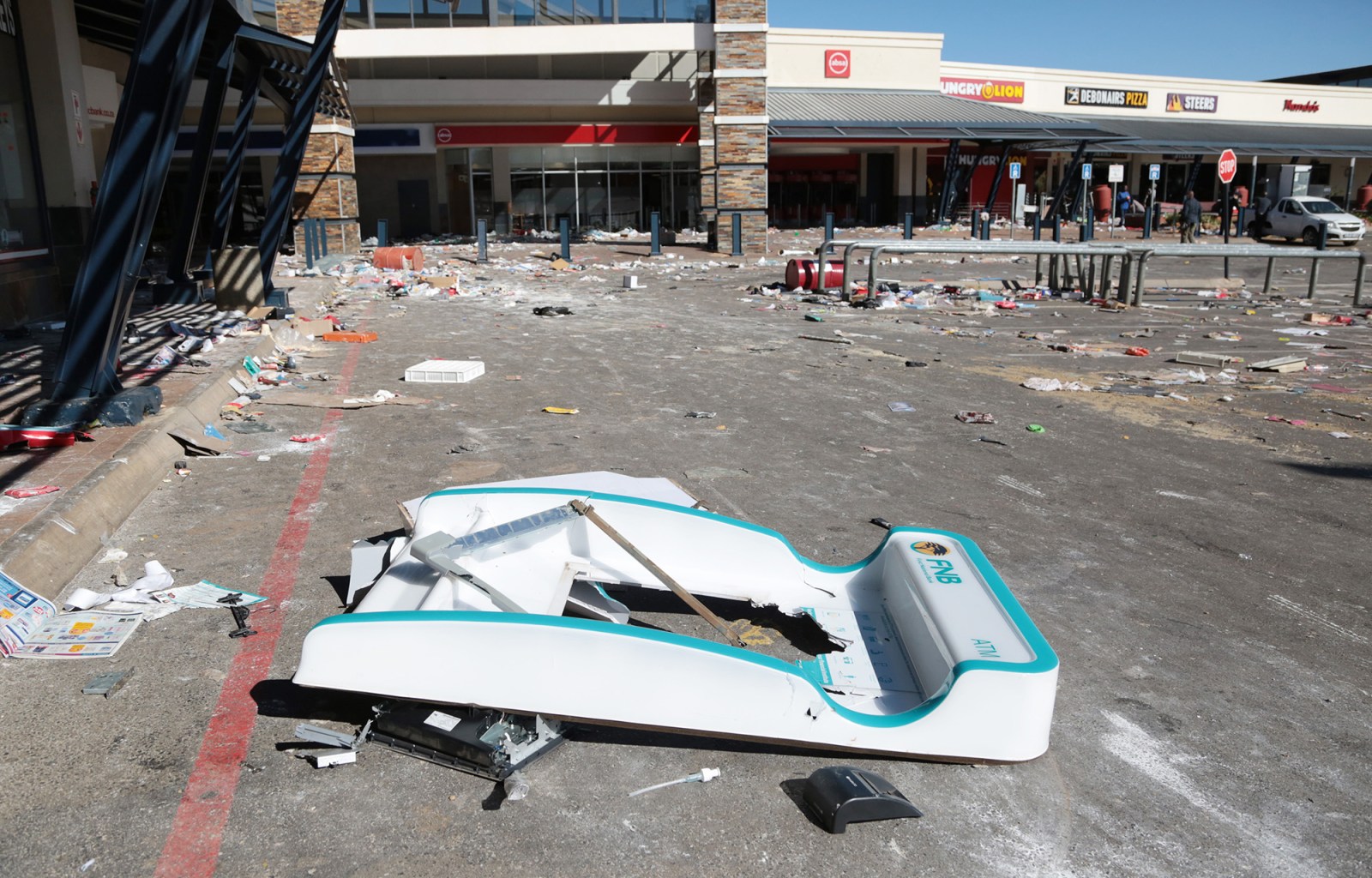 Consultancy Municipal IQ, which, among other things, monitors and compiles data on the South African phenomenon of service delivery protests, has highlighted how these events differ from the recent wave of looting in Gauteng and KwaZulu-Natal, during which hundreds of people were killed.

“While service delivery protests in any given month are spread across South Africa, the vast majority of recent unrest incidents took place in KwaZulu-Natal and Gauteng [66% and 33%, respectively], and in metros [66%],” the consultancy said.

But the most stark difference lies in the L-word – looting.

“While service delivery protests can degenerate into acts of looting, this tends to be tangential to most such protests and tends to take place where protests are staged, rather than becoming the focus of protests,” Municipal IQ noted.

Indeed, looting was only recorded in 16% of the service delivery protests counted so far in 2021, compared with 71% of the recent unrest incidents widely seen as triggered in part by the jailing of former president Jacob Zuma.

“Most service delivery pro­tests, even those billed as #Shutdowns, are not typified by looting but rather the closing of businesses. Organisers also disassociate themselves from such incidents when they occur,” said Municipal IQ economist Karen Heese.

Some targets of the recent upsurge in unrest – such as distribution points, medical facilities and radio stations – have been left unscathed during service delivery protests.

But service delivery protests – which are a common feature of the South African landscape (Municipal IQ had recorded more than 2,000 since 2004) – are the template of unrest. Municipal IQ observes that this may be why the police misread what was happening on the ground.

“Service delivery protests tend to be contained within the areas in which they erupt, with police monitoring the periphery. It is possible that this approach was taken to deal with recent unrest, without an appreciation of the scale of looting that was to unfold, to the point where numbers became overwhelming,” said the consultancy.

“Going forward – and this may affect the policing of service delivery protests – there may be stricter protection of national roads and truck drivers given the potential for such incidents to spiral and compromise economic activity.” DM168