Bone of contention: Skeleton reveals a dramatic episode in the life of a prehistoric Japanese man 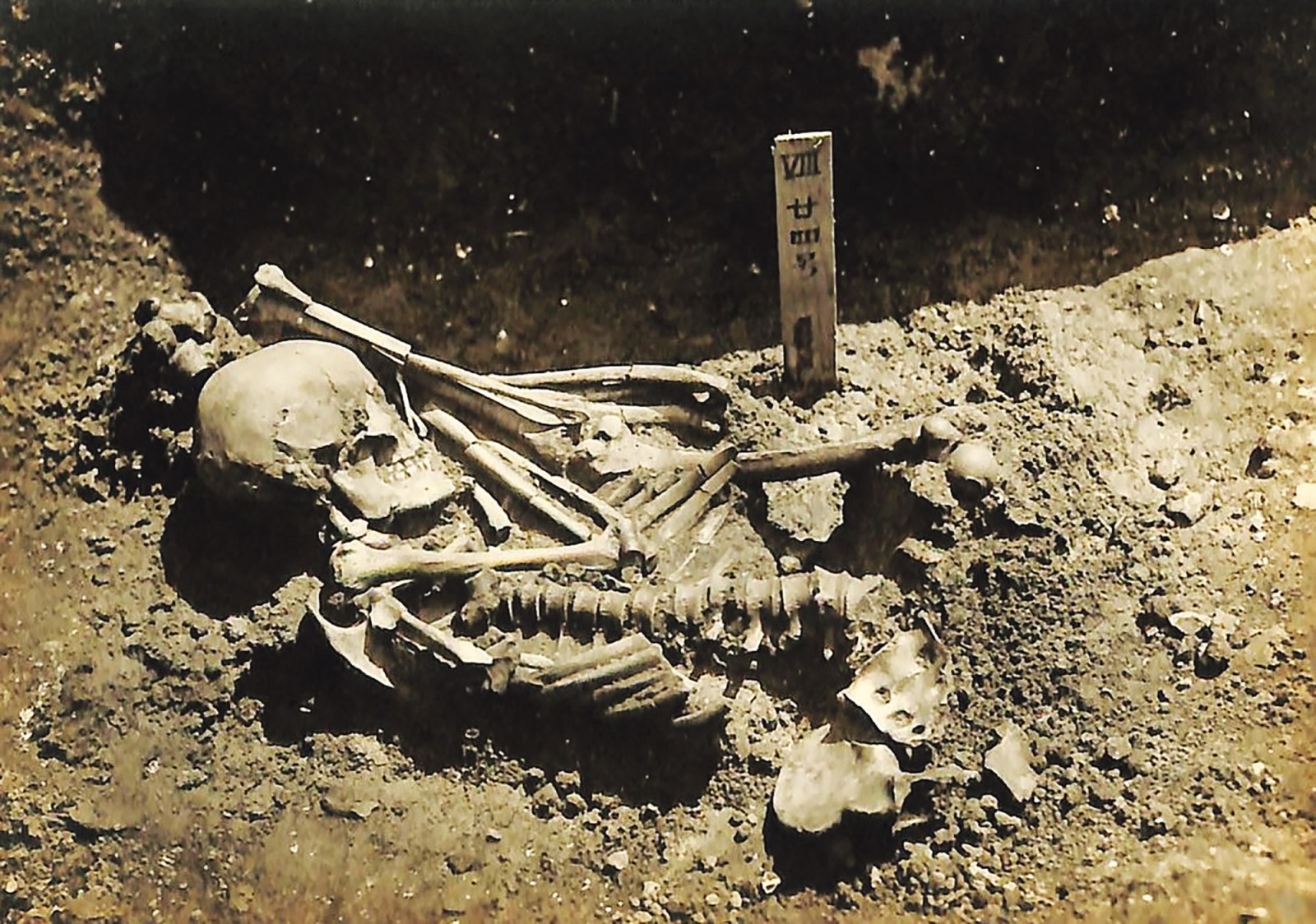 The bones of a man who lived and died in prehistoric Japan, about three millenniums ago, showed unusual marks – and one leg had been detached. Two researchers conclude that the injuries could only have been caused by a shark.

Before J Alyssa White pulled out the box marked Tsukumo Number 24, it had been an ordinary day at the Kyoto University in Japan.

It was her last day examining 3,000-year-old skeletons, looking for the telltale signs of violence in this population that lived in prehistoric Japan.

“So, we were looking for traumatic injuries that we could tie into human conflict, kind of like embedded arrowheads, hits to the head and things like that,” recalls White.

But when she opened the box, she quickly realised that there was something very strange about Skeleton Number 24.

This adult male had died violently and the bones were not telling who his killer was. After they had laid his bones out, they saw that the hunter-gatherer had experienced extreme trauma, with 790 deep serrated injuries across his body.

His left hand was sheared off, his right leg was missing and his detached left leg was left in the grave on top of his body.

“The more I looked at him, the more confused I became, because this was not really consistent with human conflict,” says White, who is at the University of Oxford.

Together with Professor Rick Schulting, also from Oxford, White began a process of elimination trying to work out what had killed the individual.

“We started kicking around ideas looking at terrestrial scavengers, terrestrial carnivores, things like that,” says White.

“It was even suggested that this could have been caused by crab scavenging. Then Rick emailed me and said that he was at a crab restaurant in Hokkaido last night, and he was looking at the crab claws, and he just couldn’t see how it could happen.”

Then the Eureka moment.

They stumbled across a photograph of a bone that had been subjected to a shark bite. There they saw the same crescent-shaped marks, left by a predator more than 3,000 years ago.

It is the oldest known example of a shark attack, and because such events are rare in the archaeological record, White and Schulting decided that they would try to reconstruct what happened on that fateful day sometime between 1370 and 1010 BCE.

For help they approached George Burgess, the director emeritus of the Florida Program for Shark Research.

Slowly they pieced together a likely scenario. From the distribution of the wounds, they concluded that the individual was alive at the time of his attack.

His left hand was probably bitten off as he tried to fight off the shark. He died during or shortly after the attack.

Because there was little evidence of scavenging, the researchers believe his body was recovered quickly, and that he was probably with companions when the attack happened.

Next, the team worked on a list of likely suspects. Unfortunately there wasn’t enough clear bite-mark evidence on the bones to tell which species of shark did the killing. But, by looking at shark habitat ranges, they were able to narrow down the list to two species – the white shark and the tiger shark.

Shark attacks are rare in Japan and, according to White, the last known incidents happened not far from where Number 24 was excavated at the Tsukumo shell-mound cemetery site, near Japan’s Seto Inland Sea. These were a series of attacks in the 1990s that involved white sharks.

The savage attack on Number 24, which happened at a time when Northern Europe had settled into the Bronze Age, is unusual, according to shark experts.

“In terms of shark behaviour, it’s normally an investigatory bite, or they bite and then realise that it’s not what they are looking for,” says Sarah Waries, the project manager of Sharkspotters, based in Cape Town. “We have very low nutritional value for a shark. They are looking for things with lots of blubber.”

She adds that about 70% of shark attacks in South Africa are what are referred to as “bite and release”.

On 14 July, a 38-year-old South African surfer became the latest victim of a bite and release. The National Sea Rescue Institute (NSRI) reported that the man was bumped off his surfboard while surfing near Jeffreys Bay. The shark bit him, leaving puncture wounds to his right leg and torso. He survived the attack and was taken to hospital.

Geremy Cliff, a former division head at the KwaZulu-Natal Sharks Board, said that there had been incidents in which people were the victims of persistent attacks.

“There are shark incidents where a shark will return, and we saw this in the Port St Johns attacks that we investigated about a decade ago. But, in most cases, they are not sure what something is, so they attack it and realise it is not what they thought it was and let it go.”

What has been lost over the millennium is the underlying reason for the attack. It might have been that Number 24 was fishing and was attacked, or perhaps he had gone into harm’s way and had tussled with the shark.

There is evidence that there was a trade in shark teeth in Japan at the time.

“The Neolithic people of Jomon Japan exploited a range of marine resources… It’s not clear if Tsukumo 24 was deliberately targeting sharks or if the shark was attracted by blood or bait from other fish. Either way, this find not only provides a new perspective on ancient Japan, but is also a rare example of archaeologists being able to reconstruct a dramatic episode in the life of a prehistoric community,” Mark Hudson, a co-author and a researcher with the Max Planck Institute, said in a statement.

White spent a long time with Number 24’s bones and she came to realise that they tell a story about the community he came from.

“It’s really quite heartbreaking. He was obviously buried with as much care as you possibly could have if you imagine the state that his body would have been in. He was somebody who was loved and cared about.” DM168