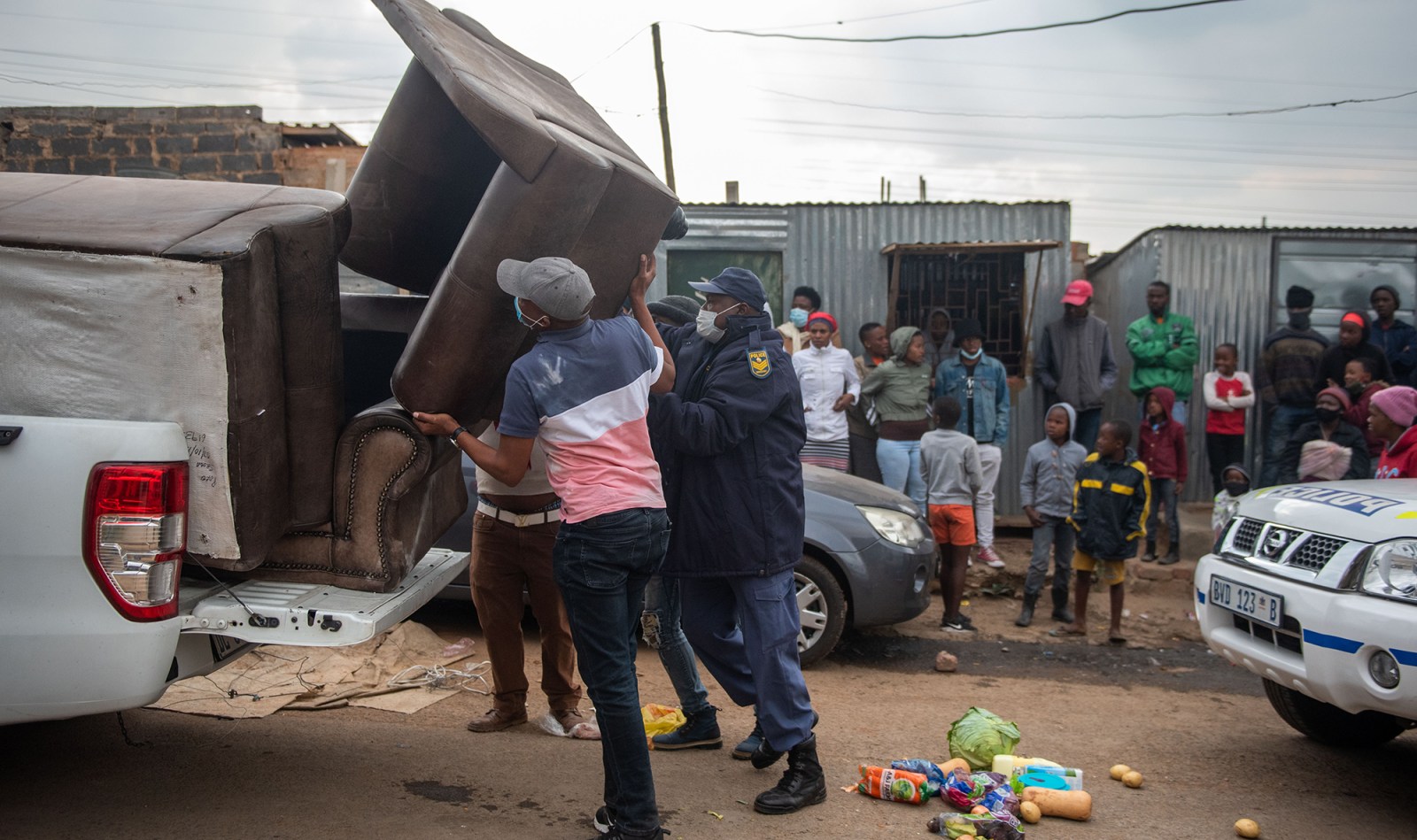 Instead of unearthing valuable items, all that we saw were bags of mealiemeal being confiscated as the police demanded receipts from the people. But who keeps a till slip for an essential food product like mealiemeal?

In Cape Town we have 81 people dead as a result of the ongoing battle between warring taxi associations.

At the time of writing this column, the official count of people who lost their lives during the violence and looting that engulfed KwaZulu-Natal and parts of Gauteng stood at 337.

The point to emphasise here is that these are the official figures – meaning that there are bodies yet to be recovered or accounted for.

The deaths in the Western Cape and those that took place in the two other provinces may be unrelated, but they point to a common underlying factor – lawlessness that has taken root in South Africa.

In Cape Town, the killings are happening in broad daylight, with the criminal gangs mowing one another down without fearing repercussions or ever being brought to justice.

The looting that has cost our economy more than R50-billion in lost output took place because for at least three to four days our government and law enforcement agencies stood by and watched the malls, factories and warehouses being ransacked.

Not only did they not have the capacity to do anything, they were also simply caught unawares. Frankly, they were overwhelmed by the situation. Our police never prepared for anything like this.

There is no glamorous way to put this other than to say that President Cyril Ramaphosa’s government failed, not only to detect the looming danger but also to quell the subsequent violence and mayhem that followed. It played out in front of the eyes of South Africans and the world.

The South African unrest has been correctly characterised as a planned and coordinated campaign to undermine our democratic order. In the process, those behind the violence manipulated the genuine social ills and inequality facing South Africa.

While the looting was characterised as a rebellion by supporters of former president Jacob Zuma who were protesting against his incarceration, the situation on the ground painted a different picture.

Most of those interviewed by colleagues in the media spoke of their desperate economic situation and the concomitant poverty as the driving force behind their actions.

That is why on the morning of 22 July, the police and the army mostly confiscated foodstuff when they went on a raid at an informal settlement in Sebokeng, southern Johannesburg.

Acting with impunity and true to form, the police were not about to extend any courtesy to the shack dwellers as they knocked violently on doors or kicked down those that remained closed. The fact that they chose what was possibly the coldest day since 2011 to do this raid can only point to how poorly organised our policing efforts can be.

Instead of unearthing valuable items, all that we saw were bags of mealiemeal being confiscated as the police demanded receipts from the people. But who keeps a till slip for an essential food product like mealiemeal?

This is not to say stolen goods must not be recovered. But we cannot waste police resources confiscating boxes of cornflakes.

More than 20 people were killed – hacked and shot to death – in Phoenix and we still do not have a proper explanation or breakthrough in those cases.

We were told that there were 12 identified “instigators” of the recent unrest. Yet besides the arrest of loudmouth former Ukhozi FM DJ Ngizwe Mchunu – whose reckless statements in support of Zuma have rightfully attracted the police’s attention – no other notable alleged conspirator has been arrested. We were also told of five other arrests and nothing more.

The problem with the South African Police Service (SAPS) lies in how it continues to brutalise the poor. They would never drive into a suburb and raid houses in a similar fashion. Yet they see nothing wrong with firing a water cannon at elderly people queuing to receive their pensions or firing rubber bullets at protesting communities.

Yet they stood by and “negotiated” when the beach protesters of Cape Town openly challenged the government and flouted Covid-19 regulations.

This is the same SAPS that stood by and watched anarchy and lawlessness play out outside Jacob Zuma’s Nkandla homestead, where guns were openly discharged in broad daylight.

Dangerous weapons were on display yet we never saw a single person charged for their action. All of this is happening as ministers in the security cluster continue to bicker. The worst part was when Minister of Defence Nosiviwe Mapisa-Nqakula contradicted the president’s assertion of what the driving force was behind the unrest.

The police and the entire government must just accept that they lost control of the situation. They must then put in place measures to remedy the situation. We need to fix the underlying socioeconomic problems that create fertile ground for the poor to participate in such anarchy. That’s where our attention should be.

We have much bigger things to worry about than having the police asking for a receipt for a half-open bottle of cooking oil. DM168