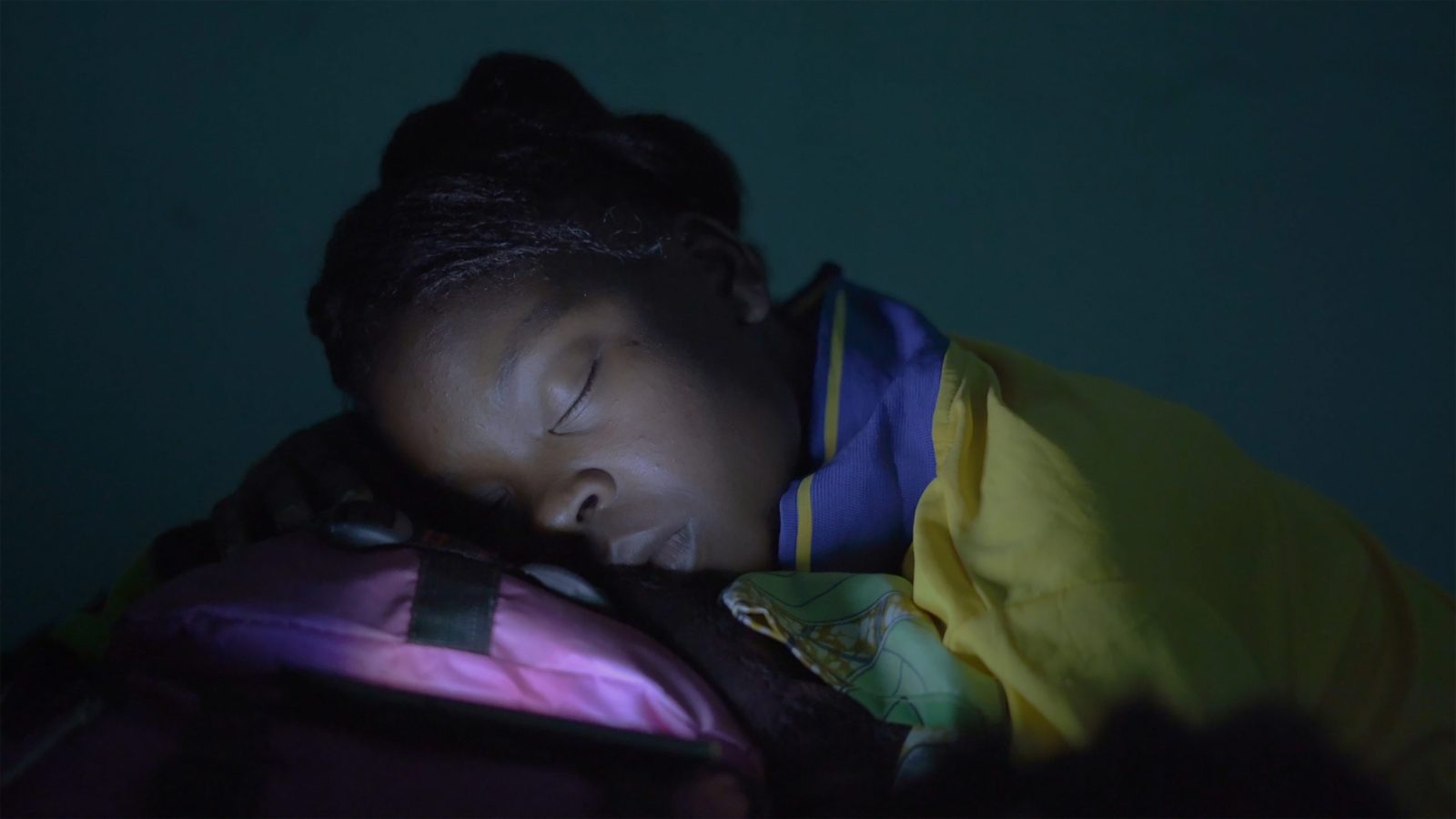 Film still of 'The Last Shelter’. (Image courtesy of the Durban Film Festival)

Award-winning documentary ‘The Last Shelter’ gets an inside perspective of the House of Migrants, a halfway house for African travellers on the edge of the Sahara Desert.

On the periphery of Gao, Mali, right where the sprawling city disintegrates into the fine sands of the Sahara Desert, lies the House of Migrants. It’s a physical and psychological oasis for African travellers and the final stop before what is typically a perilous journey through the Sahara Desert.

Malian director Ousmane Samassekou gets us inside the House of Migrants in his Generation Africa documentary, The Last Shelter. Generation Africa is a documentary series project “seeking compelling stories to put forward a new narrative on migration – from the perspective of young Africans”.

This is exactly what won The Last Shelter Best African Feature at the Encounters International Documentary Festival last month. The jury cited its success in “[casting] a lens on world issues through the experiences of its subjects”. The film is currently in competition at the Durban International Film Festival, and screening free on the official website until August 1.

The Last Shelter is a slow film, frequently punctuated by the vastness of the Saharan landscape. It begins with a hair-raising prelude – a glaring sun silently assaults the dunes. There are no signs of people; there are barely any signs of life at all, just the ominous wind. The vastness of the desert can be beautiful and serene, but here it is a site of desolation and fear that foreshadows the imminent journeys of the documentary’s subjects.

As much as the House of Migrants is a place for travellers to rest temporarily, for many it inadvertently becomes the place where they are laid to rest permanently. The land around it is littered with the graves of travellers who couldn’t survive the Sahara.

The graves are seldom marked with anything more than rusting old signs showing where they had come from: Guinea. Togo. Côte d’Ivoire. Bamako. The little signs stretch into the distance, and as one man points out, these are only the ones who were found.

The people who pass through the House Of Migrants are those who can’t go back and need help going forward. Men sit outside telling horror stories about trips through the Sahara. The tension is high. There is fear in the air as they huddle over hand-drawn maps of unmarked tracks through the desert and argue about whether it is safer to go through al-Qaeda territory and risk being stopped by French patrol officers, or brave the main roads and the corrupt officials who man them – opportunistic bullies who are little more than bandits in uniform.

Near the end of the film there is a sequence overlaying footage of the Sahara with a cacophony of travellers’ voices praying and speaking about their experiences crossing the desert. “I have never been to hell but that’s what it must feel like,” one of them says, while on screen we see a gorgeous landscape lit by heavenly sun rays through the clouds.

The duality of the desert is a running theme throughout the film. It represents great danger in the travellers’ futures, and yet it is the House of Migrants’ proximity to the desert that makes it safe.

The people passing through have come from danger and they are going towards danger, but in the context of all that peril, this vital sanctuary of limbo is strangely detached.

As we explore the haven, we meet some of its temporary residents and hear their stories. There’s no narration and no text explanations, so much of it we have to piece together as we go along.

Mariko has some kind of mental illness, and tells anyone who will listen about an imaginary white lady who comes to his window in the night asking to marry him.

Natacha, a quiet middle-aged woman who has lived at the House of Migrants for five years already, sits alone playing chess with herself. It’s never explained why she has been there for so long but since the film’s release, Samassekou revealed that she was an amnesiac and could no longer remember where she had come from.

A group of men ogle at nonsense on a TV in the corner – dragons fighting a spaceship or WWE wrestling – ridiculous fantasies which seem utterly futile in the context of their unforgiving realities.

Eric, the gregarious manager of the House of Migrants, was himself once a refugee, taken in by the man who started the safe haven. Many filmmakers might have fallen into the trap of turning him into the hero of this story because of all that he does for his guests. He welcomes the new arrivals, helps them plan their journeys, houses them, advises them and even cuts their hair, and yet still, after all the travellers have been through, often his biggest challenge is just getting them to trust him.

We see Eric sit down with two 16-year-old girls from Burkina Faso, Khady and Esther. He implores them to share some personal information or documentation with him to prepare for crossing borders, but having endured rejection by her family, Esther is mistrustful and reluctant.

Full of anger and donning a brave face, she refuses to even acknowledge that she knows her family name. Eric begs her to consider her predicament. “Education is the key to independence. What will you do in Algeria, Esther? Prostitution is the only option.” With a straight face she endures horrifying stories of women being raped and sold, barely batting an eye, but when the camera zooms in, you can make out a single tear running down her stony face – a crack in her stoic façade.

It’s a captivating and nuanced scene. Eric must crush the spirit of this strong-willed young woman in order to convince her to accept help. Much of the advice given at the House of Migrants is also of this contradictory nature. Those who have already tried their hand at migration tend to emphasise managing expectations, saying things like “better a small job at home than to chase big delusions abroad”.

When Esther finally does open up and tells her story, apparently for the first time in her life, it is the most powerful and poignant moment in the film. She sits alone in a room and whispers a soliloquy of her past with vulnerable poeticism. Esther allows us intimate access into her mind, and we witness a total transformation from anger and suicidal despair to optimism, or at the very least a determination to love life.

We never do see Esther and Khady’s journey through the Sahara, only their backs as they walk alone into the night, the wind howling. There’s no happy ending wherein they manage to escape to Europe, nor does the film conclude with defeatism. The success or failure of their journeys is an anecdotal footnote. The heart of the film is the complexity of the African migrant’s experience – the tough decisions that need to be made, how fleeing affects a person’s ability to trust, and how these stories belong to individuals themselves, not the countries they flee too, nor even the people who save them. DM/ ML

The Last Shelter can be streamed free on the Durban International Film Festival website between July 23 and August 1.
You can contact This Weekend We’re Watching via [email protected]o.za