Steve Biddulph shares his secret to living a better life 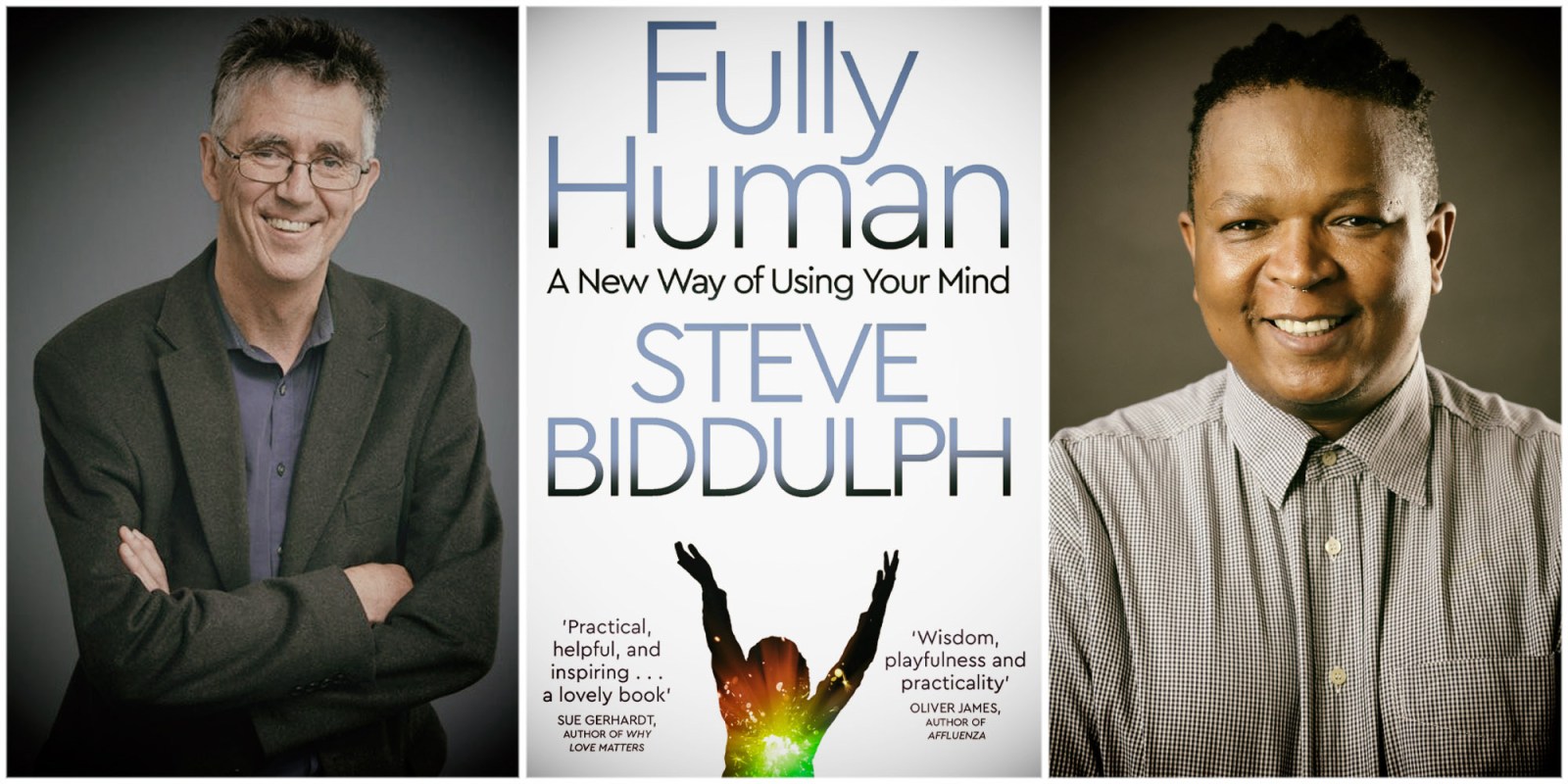 What is a human being? This is the question author and psychologist Steve Biddulph tackles in his latest book, Fully Human: A new way of using your mind.

“The reason the book is called Fully Human is you’re taking back the whole of your mind and making friends with all the parts of it.”

Biddulph is known for his bestselling parenting books Raising Boys and Raising Girls.

One of the key concepts Biddulph maps out in his book is that of “supersense”.

Speaking to Maverick Life Associate Editor, Malibongwe Tyilo, Biddulph illustrated the concept with an anecdote about a patient he had treated for anxiety.

The woman, a young mother and doctor, had narrowly escaped death after an incident at a train station.

“A young man had called out to her from across the train station. He was well-dressed and looked trustworthy. She was conditioned to be helpful, so she was about to go and see what he wanted, but somewhere in the pit of her stomach a little twinge happened and she found herself almost having a panic attack.”

Immediately she jumped in her car and sped off. Later that evening while watching the news she discovered that a young woman had been attacked at the train station just minutes after she’d been there.

“She had listened to a deep-down sense that she was not safe.” In other words, a gut feeling.

Supersense, as Biddulph explains it, is a heightened perception that originates in the right hemisphere of the brain which is highly sensitised to subtle cues. It manifests as a physical sensation down the midline of your body.

He notes that this heightened perception, which is present in all of us, is something we don’t always pay attention to.

It is often this sense, which manifests as our gut feelings, which guides us in decision-making. It is linked to the fight-or-flight responses that saved early humans from predators, he says.

“It’s the wild creature inside us and it speaks to us in sensation.”

Biddulph recommends communicating with your gut feelings and asking questions like, “is this about sex, money, am I scared or am I angry” and allowing your brain to process it into a simple “yes” or “no” answer.

The second key concept he addresses is that of the “four-storey mansion” which divides a human being into body, emotion, intellect and spirit.

The first floor of your mansion deals with meeting your physical needs such as food, physical affection and sleep. The second floor concerns the emotions that stem from what’s happening in your body. For example, if you are poor and cannot afford food, you might be sad or depressed by the circumstances in your body. The third floor relates to our intellect or our thoughts, and the roof-top terrace is our spiritual well-being.

“The main point of this is for mental health,” said Biddulph “Some people get stuck on one floor.” For example, these might be people who are overly focused on their emotions, or those who bottle their feelings up and rely on intellect instead.

For Biddulph, spirituality is not exclusively about religion.

“Any spiritual practice helps us be single-minded and unified,” he said. DM

Fully Human: A New Way of Using Your Mind is available for purchase directly from the Daily Maverick Shop.