After a war of words, Lions and Boks can finally settle their differences on the pitch 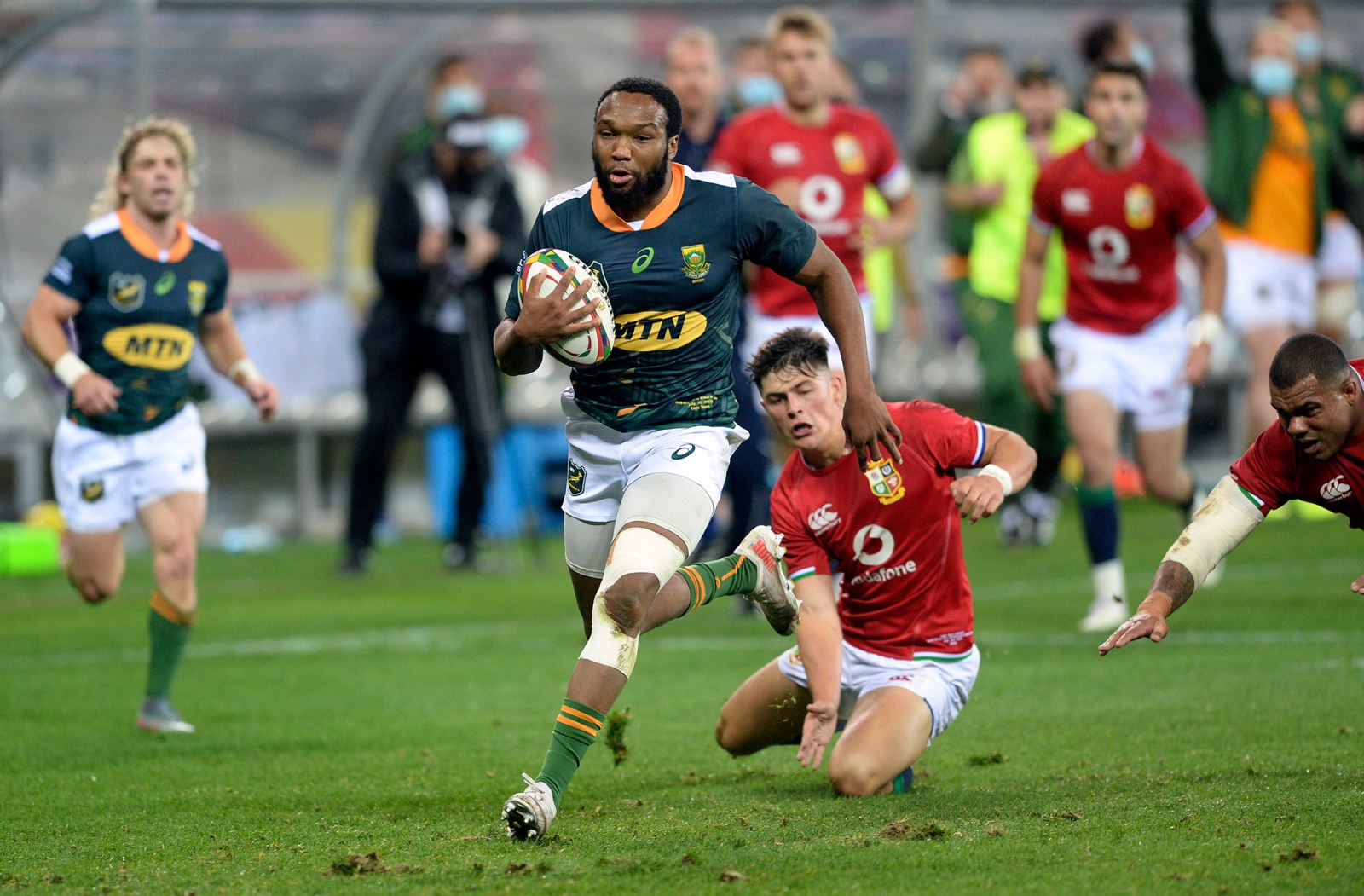 After 12 long years, the Springboks and British & Irish Lions square off for a series that will test players in new ways, thanks to the pandemic.

The initial niceties of a tour that has been in the balance almost every day since the British & Irish Lions arrived in South Africa in late June, gave way to animosity hours before the first Test in Cape Town.

Lions coach Warren Gatland is showing outward signs of the pressure he must be under as his side looks to topple the world champion Springboks. And with reason. The Boks’ preparation has been severely disrupted by Covid infections and isolations, including to coach Jacques Nienaber and captain Siya Kolisi.

The home team have played one Test in 21 months and another match in the guise of SA “A”. The Boks are hopelessly under-prepared in terms of playing. All three Tests have also been moved to the Cape Town Stadium because of the massive third wave of the pandemic in Gauteng, coupled with recent civil unrest.

The Boks have lost the slender advantage of playing at high altitude and with no fans allowed they don’t even have home support to give them a slight edge.

The Lions, who have played six matches in the build-up and have had far fewer Covid cases, must start the series as favourites.

Gatland knows this, hence his spiky proclamations. Anything less than a Lions series win from this position would be an epic failure for the tourists and so all the pressure is on them.

As a consequence, the mood of the tour has soured — at least from a Lions perspective. They started in good spirits, expressing their delight that it was at least going ahead.

SA Rugby has done everything within its power to accommodate the tourists under trying circumstances, but the steam from the pressure on the visitors, unusually with such an advantage, is coming out.

Gatland took to criticising Rassie Erasmus’ role as “waterboy” for the Springboks, even though the Boks have not broken any World Rugby rules. Erasmus is certainly carrying messages onto the field, just as Lions kicking coach Neil Jenkins is for his team, but the Lions somehow see it as different.

Gatland has met with Australian referee Nic Berry and he is believed to have asked the official to monitor Erasmus’ messages to the Boks during the game.

Jonker, a South African, has been appointed by World Rugby and not hosts SA Rugby. Jonker was named as the TMO because New Zealander Brendon Pickerill was unable to travel due to Covid restrictions. It’s an unusual move for sure, but World Rugby had no contingency plan.

In a carefully orchestrated media campaign, Gatland’s displeasure at Jonker’s appointment was reported by all the major UK news outlets, although no direct quotes were attributed to the Lions coach.

Instead, assistant coach Robin McBryde faced a media conference on Friday morning to complain about the situation and heap pressure on the fourth official. It’s a fairly unsophisticated attempt to put the officials on notice and get excuses in early.

“It was a bit unexpected. We only found out on Wednesday,” McBryde said. “There’s a slight lack of foresight because there’s a reason why that position is neutral. There’s no plan B put in place.”

The Lions constant verbal attack on the Boks continued with Gatland claiming to have “dented the Boks’ ego” in the set pieces based on what he saw during the SA “A”, which the Lions lost.

“That is one aspect we dented their ego in terms of they haven’t had that dominance that they would have liked. I have been incredibly impressed with the way we have defended on this tour and the way we have improved. We haven’t conceded a lineout maul try, or a pick-and-go try in this tour.

“That is one aspect we have worked really, really hard on and if we can stop them from dominating in those areas, they are going to have to go to something else in their game.”

Gatland has also tried to goad the Boks about their kicking game. He hasn’t used the word “boring” but it has been thrown around.

“Definitely they’ll kick a lot,” Gatland said. “In a normal Test match, there’s possibly 20-odd kicks for each side, with South Africa we expect up to 40 kicks in a game. That aerial battle is going to be key.

“At times we need to make sure if those kicks are from them or from us on the money, we get the ball back and make the most of the opportunities but we also have to be in a situation where you don’t force things and lose patience.”

At RWC 2019, both semi-finals and the final were won by the team kicking most.

The Springbok approach has been very low key and they have not uttered a bad word about the Lions, for obvious reasons. They are not sure how good they will be and they are hardly in a position to be making bold statements. They are world champions, but they have not had a chance to put their title on the line, so to speak.

Coach Jacques Nienaber surprised by naming inexperienced loosehead prop Ox Nche in the starting lineup along with the struggling Trevor Nykane at tighthead. Nyakane was second-best in the SA “A” match and will need to rediscover some form against a technically efficient and strong loosehead Wyn Jones.

The more established Steven Kitshoff and Frans Malherbe are on the bench, along with hooker Malcolm Marx. Malherbe has also been heavily affected by Covid protocols.

“With the quality of front-rowers that we have available, and when we have a discussion with our front-rowers, we almost see them as a pairing,” Nienaber said.

“Is it more important to start and sing the anthem or to be on the field when the final whistle blows? They know that we work in tandem together and they’ve got a specific role that they have to play.

“If you start there are certain things you have to achieve, and if you come off the bench then you have a specific role too. The players understand it like that and they have bought into it, so hats off to them for doing that. We see our front rowers as a unit.”

Kolisi also starts with only two full training sessions in the tank while flyhalf Handre Pollard has also had limited preparation time due to Covid setbacks. None of this is ideal for the home team.

“It was very important (that Siya be included),” Nienaber added. “He has been a player we have worked with for quite some time, he knows our structures and what we’re trying to do from an on-field perspective.

“Obviously he has been our captain, so it’s always nice to have him and he’ll bring some calmness to the squad and we’re very happy to have him back.

“Siya has been our captain and has been announced captain of this British & Irish Lions squad. It’s about consistency in keeping him there, and Handre was our vice-captain in 2019.”

The time for talking is almost over. After weeks of distractions and phoney wars, whinging and verbal sparring, it will be 80 minutes of rugby that finally answers some questions. DM