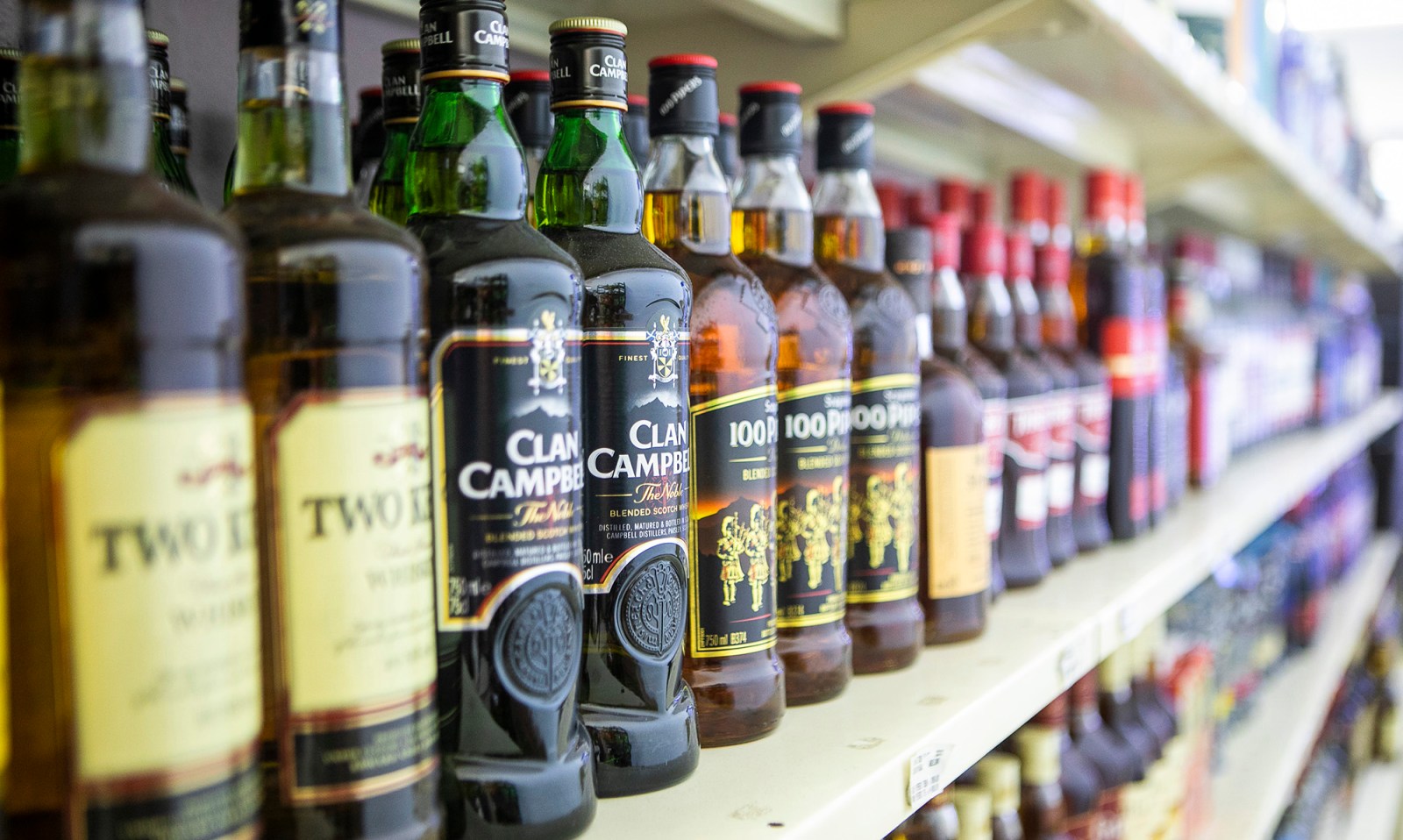 DURBANVILLE, SOUTH AFRICA - DECEMBER 03: A general view of liquor for sale on December 03, 2020 in Durbanville, South Africa. It is reported the National Coronavirus Command Council (NCCC) has recommended the restriction of alcohol sales amid fears of a second COVID-19 surge . (Photo by Gallo Images/Jacques Stander)

‘Lifting the ban will be widely welcomed across the country as a positive and responsible step forward in our recovery from the events of last week.’

Pieter Boone, the CEO of grocery chain Pick n Pay, called on President Cyril Ramaphosa to end the booze ban, noting that “many independent shopkeepers… will not survive another prolonged ban”. Lifting prohibition will also presumably help Pick n Pay’s bottom line. Boone’s comments were echoed by the wider alcohol industry, which said the loss to SA’s GDP before the looting was almost R65-billion and counting.

Boone made the comments in a statement on Thursday after visiting stores in Gauteng and KZN that were damaged by the looting unleashed after the jailing of former president Jacob Zuma.

“Speaking to franchisees and independent traders in the affected areas, I firmly believe that it is time now for the president to announce a lifting of the ban on liquor sales,” Boone said in the statement.

“We have hopefully passed the peak of the Covid-19 third wave. In normal times, many independent shopkeepers depend on responsible liquor sales to sustain their businesses, and will not survive another prolonged ban. The social unrest, looting, and damage has dealt them a further body blow – as well as releasing a large amount of looted liquor into the illicit market.

“Lifting the ban will be widely welcomed across the country as a positive and responsible step forward in our recovery from the events of last week.”

Boone said that Pick n Pay was anticipating the lifting of the ban, and that by the end of next week the company will have repaired and be ready to reopen 28 of its 76 severely damaged liquor stores in KZN and Gauteng. In addition, 136 food, grocery, clothing and building stores belonging to Pick n Pay were looted and/or burnt.

The alcohol bans have been taking a mounting toll on the economy and jobs, and the looting of liquor stores points to bottled up frustration on the streets. Plenty of social and health problems are attributed to alcohol consumption in South Africa, but prohibition is a blunt instrument that does not treat adults like grown-ups – fitting for a paternalistic policy that has racist and classist roots.

The wider alcohol sector on Thursday also called for an end to the ban.

“Industry estimates losses to GDP of R64.8-billion due to the four alcohol bans, excluding the cost of last week’s looting,” the statement said. That’s about 1.3% of GDP.

“This as the industry counts the cost of four successive bans in response to the coronavirus pandemic and the devastation wrought by last week’s looting in KwaZulu-Natal and Gauteng that left more than 200 alcohol retailers and outlets plundered, damaged and burnt. Over R500-million of looted liquor stock is now in the public domain and is being sold in the illicit market,” it said.

And unlike the dyed cash from looted ATMs, this flow of illicit grog will have currency.

The statement said the industry estimated the tax revenue losses from the ban at R34.2-billion and lost excise revenue at R10.2 billion – at a time when Finance Minister Tito Mboweni needs every rand he can lay his hands on. It also questioned the policy’s impact on reducing trauma admissions in hospitals.

This is the subject of considerable debate, but the fact is that state failure, including the outright looting of state coffers, has also crippled the health sector’s ability to deal with a once-in-a-century pandemic. Prohibition is a Band-Aid “solution” to wider failures of ANC governance.

“The continued ban on the sale of alcohol exacerbates the precarious economic position of thousands of businesses – many of them small and black-owned – with no scientific basis for containing the spread of the coronavirus,” National Liquor Traders Council spokesperson Lucky Ntimane was quoted as saying.

There has also been carnage in the labour-intensive restaurant industry, which relies heavily on alcohol sales to boost margins which are often wafer thin.

Such pleas in the past have fallen on deaf ears, and the bans also have public support among women who know first-hand the horrors of gender-based violence, as well as socially-conservative, faith-based institutions, whose flocks are not politically insignificant.

The policy’s job-killing consequences may be the one spark that can sway the mandarins in Pretoria. Meanwhile, many responsible adults could probably do with a dop as this winter of discontent rumbles on. DM/BM