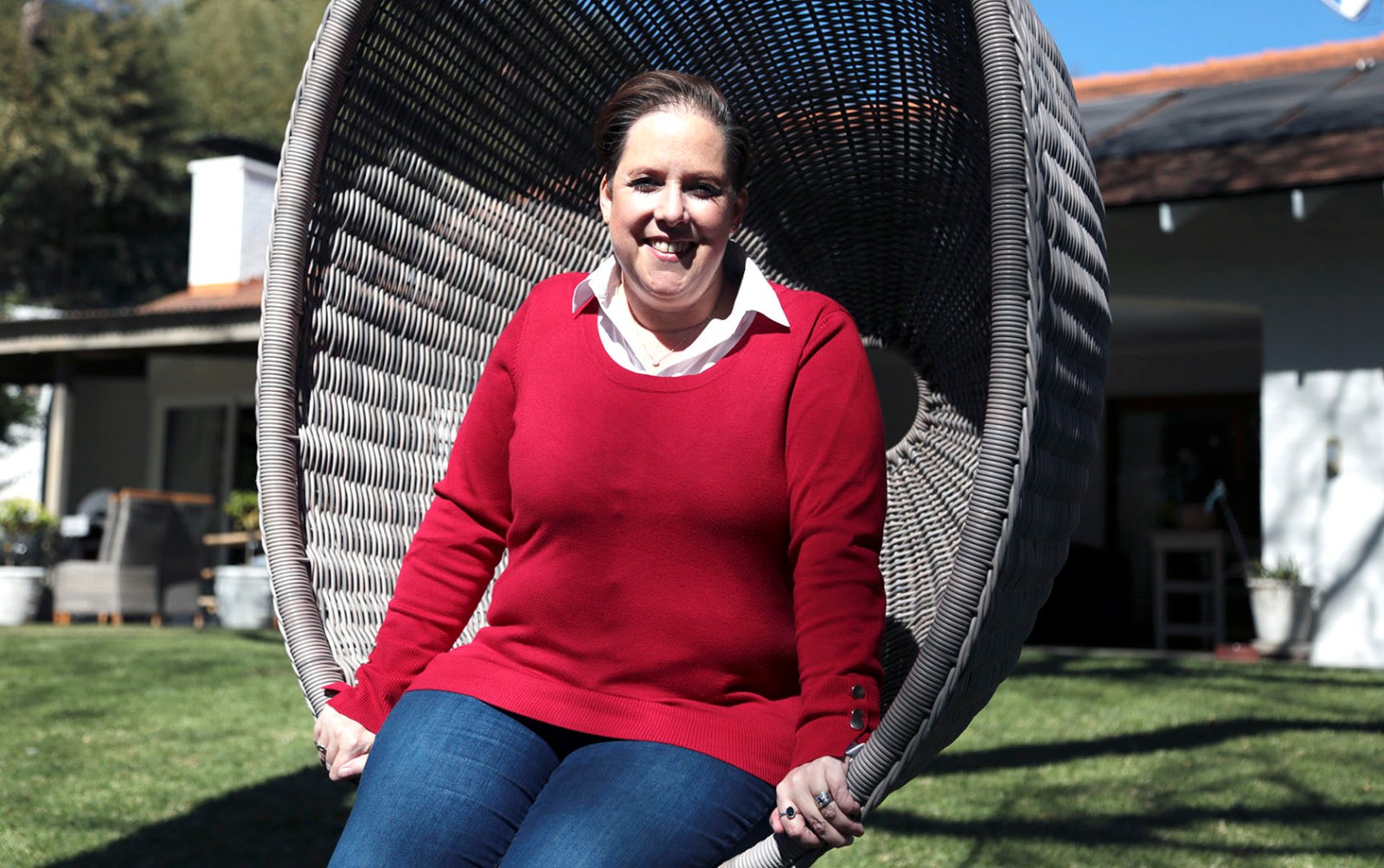 An accidental child protection activist has a warning that things are getting worse for children. It’s why the time is now to find some collective courage.

Slowing down and pausing – it’s not Dee Blackie’s nature. The child protection activist is on a self-declared mission and it’s because children are falling through the cracks and things are getting worse.

For Blackie, taking up the child protection fight happened with a giant nudge from the universe. It was 2009 and she had suffered her seventh miscarriage trying to fall pregnant for a third time.

Her personal loss and grief and the spiral of depression that followed pulled her into a vortex of darkness. As the New Year dawned she felt even more isolated. South Africa was buoyed by World Cup possibility and euphoric, basking in the adoration of the world’s football-loving fans. She felt dead inside.

“One night I picked up the papers and there was a photo of a child’s body discarded on a rubbish heap – that image stayed with me,” says Blackie of the collisions and contradictions that are confronting realities in a complex country.

The images of that dead child pulled her from the pit of the vortex she was in back into her default mode of needing to take action, to do something, strategising for solutions. After all, the Mission Impossible theme music is what she says plays on loop in her head when she finds her get up and go.

She made calls to child protection and welfare groups about the child. The feedback showed a massive gap in data about children who are abandoned, children who go missing or are never accounted for and also those who end up as a heartbreaking news story. They’re all forgotten eventually.

Blackie, who was still working as a consultant in branding and change management for large corporates, knew she had to shift gears. There had to be better data, a deeper understanding of the tangled roots of child abuse, child neglect and abandonment – and more solutions, innovation and support, she thought.

“In my corporate life I was the boss telling people what to do and how to do it. Now in child protection I knew nothing and I was asking people to help me, to work with me and partner with me. Working in child protection completely changed my approach to the world; it’s been a profound personal journey these past 10 years,” she says.

There have been lessons in vulnerability and empathy and constant learning to slow down enough to listen. Nowadays it’s almost the norm that people burst into tears in one of her workshops and meetings. She says that would have floored her in a corporate boardroom. And while corporate life takes shape in targets, bottom lines and outcomes, the work she does now sometimes doesn’t have answers or solutions or end dates. It trusts in surrendering to sincere engagement instead.

In those early days she did decide to deepen her own knowledge and returned to study, eventually completing a PhD in medical anthropology with a focus on child protection.

Armed with deeper knowledge and insight as well as her corporate DNA of change management and networking, she set about creating a practical programme and toolkit with posters, cards and workshops. It’s aimed at empowering communities, child protection workers, police officers, social workers, teachers and community activists to be able to do their jobs and activism better. She called it Courage.

The programme and toolkit’s strength lies in joining the dots of the societal ills that feed into why women and children are not supported and are “literally forced to leave their children on a rubbish heap”. For instance, it looks at the economic rights and burdens on women, their reproductive rights that are ignored or the barriers they face in accessing safe abortion or support to find adoption services. Courage is also about letting communities envisage possibilities for their better futures and helping them find the tools, resources and practical steps to make changes. It also invites difficult conversations and doesn’t run from taboos just because there’s a perceived monopoly on who gets a say.

“I’ll talk about culture and cultural norms and practices because people think it’s off limits. And I can tell you, the reason for child abuse and child neglect and abandonment can be summed up in one word: patriarchy,” says Blackie. She’s not bothered about being cast as the white woman living in Sandton, with her three Daschies and her pottery classes, straying from her lane.

For Blackie, she’ll take the name calling, or find her middle finger as an appropriate response. So long as it challenges the power that allows fear to take root and entrenches the systems and societal structures that normalise the silence and complicity that harm children and women.

“The one thing that I hear most at the end of the Courage workshops is people saying to me: ‘I will speak up more for children and thank you for reminding me that I can,’” she says.

Responses like this are why the mother of two teenagers changed her life path. Reminding more activists (herself included) of their personal power and to look beyond the worst circumstances to find their fight again, is why she hasn’t quit – to that life of pottery. She can relate to overcoming personal hurdles also because she battled for years with lingering fears and anxieties tied to coping with attention deficit disorder and dyslexia as a child.

Blackie may be the accidental activist, but 10 years on, everything she does in child protection is deliberate and intentional. Things are worse now for children, she warns. Scarce resources have become even more scarce – it is children who lose out most and get the least. It’s their futures being stolen. Many aid groups and NGOs that had been safety nets have also become casualties of donor fatigue and other competing priorities. And children are simply too little to fight back; they don’t have a voice.

Blackie likes to call herself the Lorax for children. The Lorax is the Dr Seuss character who “speaks for the trees” and stands against environmental degradation.

For the erstwhile all-pragmatic corporate strategist to liken herself to the furry moustached, bushy eye-browed creature of imagination speaks volumes. The kind of volume that matters. DM/MC

It’s a photo of me and my husband, William, hugging.

I had a boss who was quite threatened by me and she basically said I should choose whether I wanted to be a better mother or a better strategist. I said “f*ck you” and resigned that day. I started my own business and worked for myself for 20 years. It turned out to be the best advice.

What’s the one thing you wish you learnt earlier in life?

Be independent of the good opinion of others.

All the Clan of the Cave Bear books by Jean M Auel; all the Modesty Blaise books by Peter O’Donnell; and Anatomy of the Spirit by Caroline Myss.