We need a different solution to enable baboons and humans to co-exist, not the same old, tired arguments 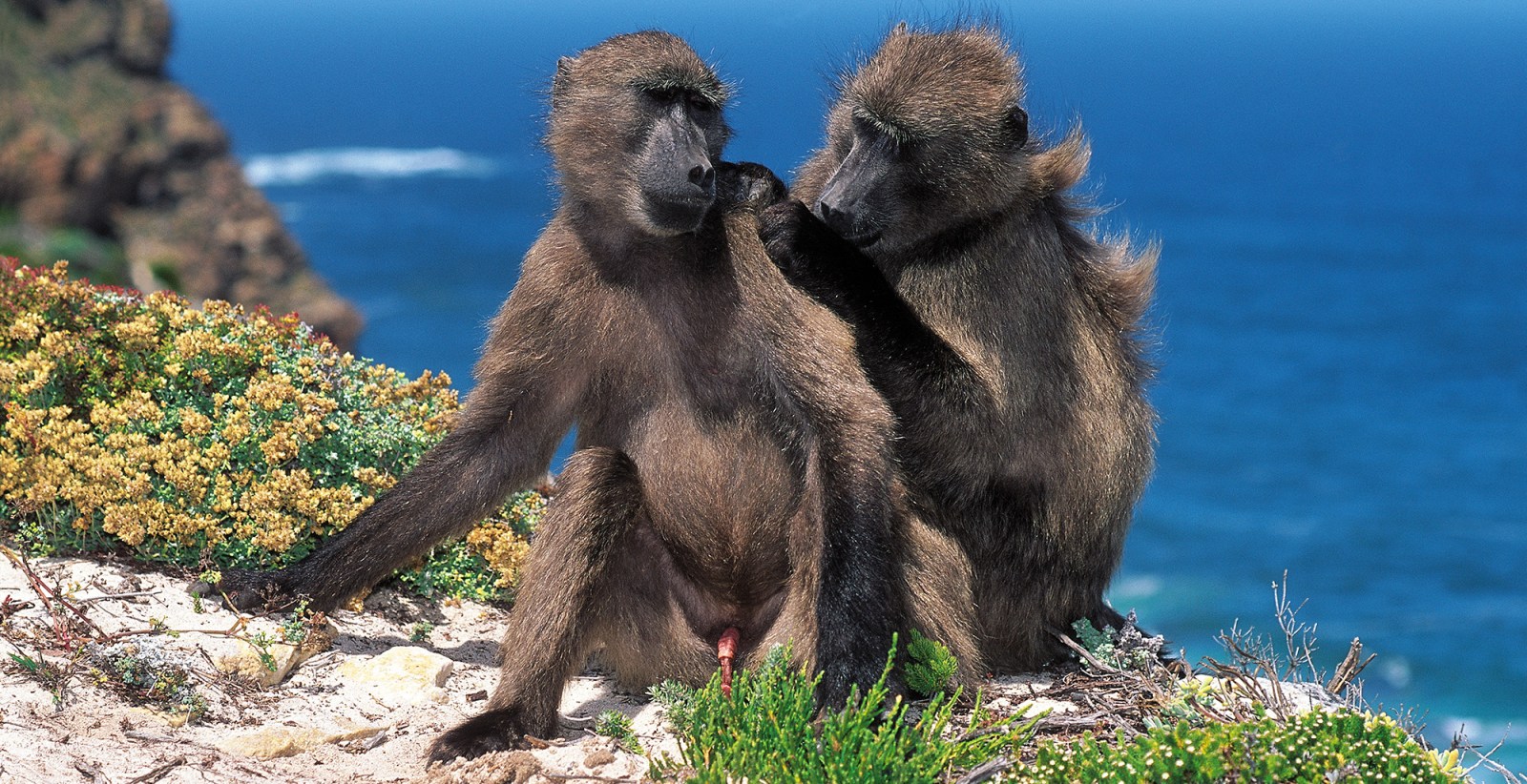 Perhaps we don’t even need academics any more. Perhaps we need engineers to look at secure waste management, or human psychologists, even professional mediators. What we, the community, need is a system that works.

Pete Oxford is a zoologist, writer, photographer and conservationist. He is a permanent resident of Betty’s Bay working hard to find a practical and manageable solution to the baboon/human issues within the Kogelberg Biosphere Reserve.

It seems Justin O’Riain’s article is once again forcing us to to waste time on yet another rebuttal of the same old tired arguments. I understand the ecology and the reasons why baboon incursions are happening, despite the claimed “careful collective design”.

There is a lot of veiled criticism in the article, particularly of the work of the “activists” to whom he and Shirley Strum refer. Is this helpful? Should we then call the other “side” radicals? Here in Betty’s Bay they certainly call for radical “solutions”. Will our taunts help to provide a way forward?

O’Riain comes well qualified as an academic with PhD students and published papers etc. Remember though that the single greatest driving force of an academic is to get things out in the scientific journals. Have those same papers really helped baboon management? In the main, no, not really. We probably do not need to know the urinary C-Peptide levels in baboon urine.

Perhaps we don’t even need academics any more. Perhaps we need engineers to look at secure waste management, or human psychologists, even professional mediators. What we, the community, need is a system that works. The “anti” baboon lobby, for want of a better word, have got what they wanted from the municipality, namely “the only company in the world who have found an effective management strategy to prevent human-baboon conflict”, the virtual fence (sold to the municipality as the coup de grace), the paintballs, the radios and the monitors, and yet the current monitoring methodology is not working. Should it not be deemed the end of the “10-year experiment” and those bright minds now be turned towards a different solution?

The killing and paintballing have certainly not stopped baboons entering homes or urban areas on the peninsula. I invite you to come to Betty’s Bay and walk with me, Justin, then tell me, with an open heart, if the regime is successful or not.

He is correct when he states that there is “no one right or simple solution”. When talking about Betty’s Bay specifically, it is O’Riain himself who has said such things as “low density residential areas such as… Betty’s Bay should not be managed using field rangers but rather should baboon-proof their properties and opt for a coexistence strategy as there is no clear urban edge and a lot of food in and amongst houses.”

We do not want to fight with you Justin (we could continue ad nauseum to no avail), but rather apply our minds together for a more successful way forward for all four parties, namely, the community, the baboons, the service provider and the municipality.

We need to agree that energy budgets are an all-important factor. With only 10 daylight hours in winter, foraging time is important, and keeping baboons on a cold, shadowed mountain slope with paintballs, as has been common, requires greater energy for baboons to stay warm, while chasing them requires still more energy, as does stressing them. Calm foraging in optimal areas is critical. Anything less and a sense of “desperation” ensues to repay that energy budget. We know that a loaf of bread can be equivalent to eight hours of natural feeding. What else should a hungry animal do?

How many of us have driven over the Harold Porter bridge to see one, two or three “monitors” glued to their phones? Meanwhile, as was the case again today, the baboons are unknowingly behind them deep into the urban area causing massive frustration to residents. I believe that this was not what was hoped for by either “side” – especially considering the money involved. If it’s broke then fix it!

I will, however, take exception to the somewhat derisive comments made against Jane Goodall and David Attenborough. As all three letters from them were addressed to me personally I would like to say that in my discussions with them nothing I said has not already come true. I consider the comments both shameful and disrespectful, especially when considering their inordinate following as true conservationists (not the offhanded description you offer of “celebrity” conservationists). There are many, including them, who believe in another approach to wildlife management. DM/MC

We need a different solution to enable baboons and humans to co-exist, not the same old, tired arguments