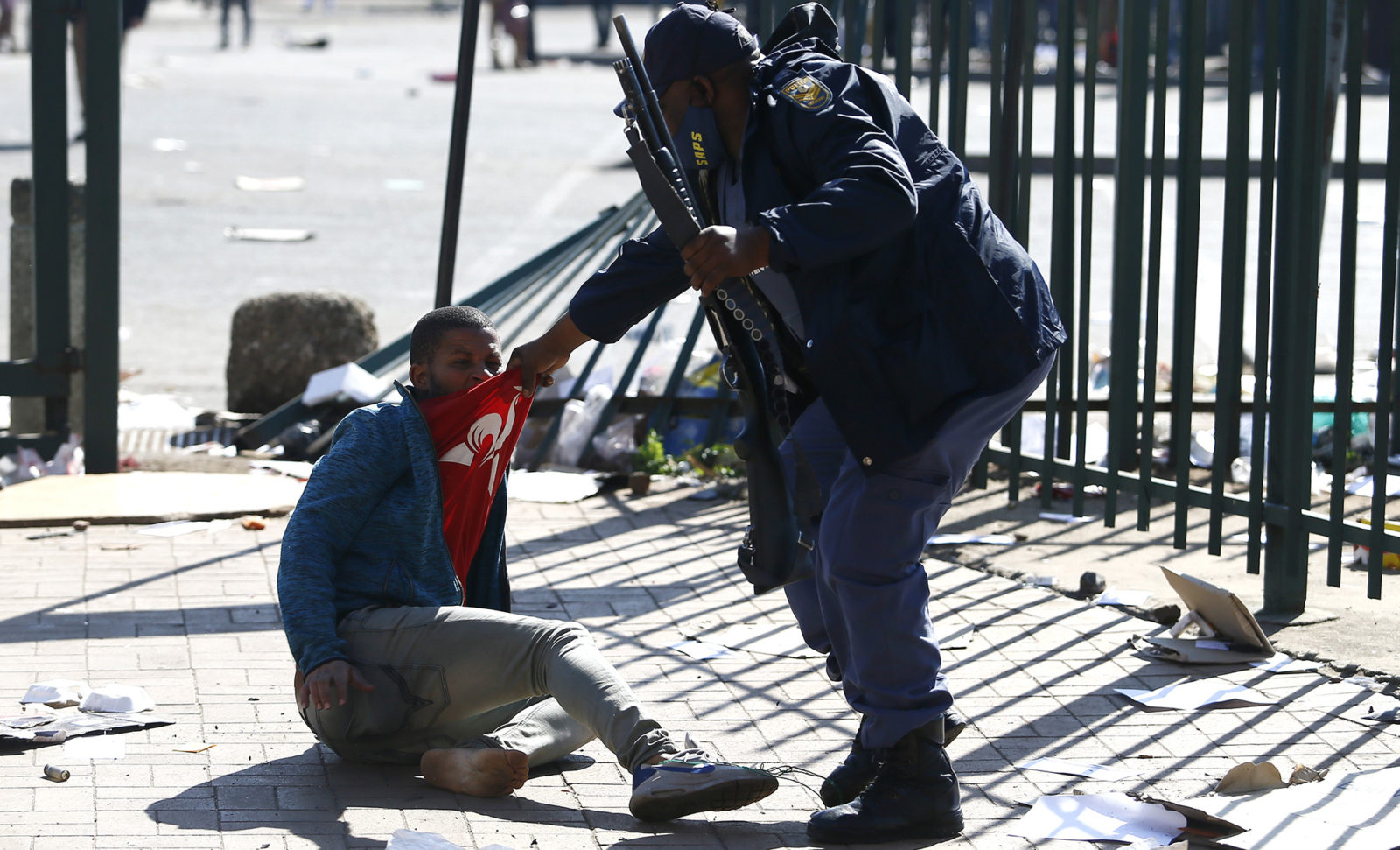 As the dust settles on insurrection, government must acknowledge the urgent need to repurpose a failing security system.

The attempted insurrection of the past week affirms the extent to which South Africa suffers from debilitating political, social and economic pathologies. With high unemployment, inequality, poverty, xenophobia and racism, the country will face internal security problems for years to come.

Add to this declining regional stability due to the insurgency in Mozambique’s Cabo Delgado province and events in Eswatini, and it’s clear that South Africa’s security system must urgently be repurposed for the tasks at hand.

The failures of South Africa’s intelligence services and police, and the uninspiring performance of the military, reveal the absence of a coherent approach to national security. Each of these departments is in crisis. And those responsible for the judiciary, prisons and border management also face problems. Reasons include lack of vision, political interference and state capture, bad management, poor coordination, weak policy and insufficient accountability such as through Parliament.

It is clear that South Africa has an intelligence service in name only. This is reflected in the 2018 State Security Agency report of the high-level panel chaired by Dr Sydney Mufamadi. The police budget increased by two thirds in the past decade, but Institute for Security Studies analysis shows that its performance has deteriorated on most key indicators. The military is in a state of neglect. All three are patently unsuited to current challenges.

There are several obvious things to do, such as removing political interference in senior appointments, further strengthening the prosecuting authority and focusing on competence rather than factional loyalty.

Leaving the running of specialist agencies to professionals, such as military and police officers who have risen through the ranks, is a no-brainer. So is learning from other democracies — which is not the same as blindly adopting foreign practices, as we are wont to do.

First, South Africa needs to unwind and reconstitute its intelligence services, including in the military. In 1979, Niël Barnard, then an obscure political studies professor at the University of the Orange Free State, was appointed by the president to form a new intelligence agency that became the National Intelligence Service (NIS). Barnard brought intellectual rigour and reliability to the NIS after years of illegality, financial abuse and political meddling under its predecessor, the Bureau of State Security.

President Cyril Ramaphosa needs to do the same — find someone with the appropriate knowledge, integrity and backbone to strip and rebuild the department. This can’t be just another party loyalist; it must be someone who can inspire such confidence that they will survive the end of the Ramaphosa presidency.

And we need to forget about the spurious differentiation that currently exists between domestic and foreign intelligence. It makes no sense in the 21st century and offers no real protection against abuse of the funds and confidentiality that comes with the dark arts.

Instead of establishing a Border Management Authority, the capabilities of Home Affairs, the South African Revenue Service’s customs and excise divisions, South African Police Service (SAPS) and South African National Defence Force (SANDF) should be strengthened regarding their border management and related functions.

All the affected departments opposed the Authority’s establishment since Malusi Gigaba, Home Affairs minister at the time, tabled the bill in 2015. The proposed agency serves no purpose beyond additional opportunities to deploy political allies and access to lucrative tenders. Instead, the government should repurpose Home Affairs as a vital member of the economics cluster to facilitate skilled inward migration while regulating unskilled inward migration that threatens social cohesion among poor South Africans.

In the police, the senior leadership should be rejuvenated and systems established so that only the best officials rise to the top. An independent panel should undertake a transparent, merit-based recruitment process to appoint the SAPS national and provincial commissioners against clear and measurable criteria.

Detective services and crime intelligence should be prioritised to enable early warning, detection and prosecution of complex crimes such as those committed by the planners of the recent insurgency and burgeoning organised crime. The ability to respond to public protests with sufficient police trained and equipped for the task is also key.

Operational policing should be better decentralised in practice to provincial and metropolitan levels. At the same time, tight central control must be maintained over procurement, conditions of service, training, standards, and specialised services such as forensics.

The VIP protection unit (and its budget) should be downsized and its members redeployed. The civilian police secretariat should also be reduced in size and restructured so that it can independently assess SAPS financial management, procurement processes and operational performance against clear objectives.

The SAPS disciplinary system that has collapsed should be re-established, along with external review processes. Flexibility between promotions and salaries should be provided to counter the current tendency towards rank inflation. And better security coordination mechanisms are needed at provincial and metropolitan levels, including with the military, private security and intelligence agencies.

None of these steps requires additional funding. They can be achieved by weeding out deadweight in police headquarters and redeploying capable officers to provincial and local levels. South Africa hardly needs the 200 SAPS generals it currently has.

The National Defence Department should be repurposed for peace support operations in Africa, border protection and support to the police with a modest additional budgetary allocation. Soldiers should be trained and prepared for these functions.

The SANDF’s structure and bloated ranks should be streamlined to ensure it can serve as a support and response system for various national emergencies ranging from natural disasters to efforts at insurrection. None of this should affect defence intelligence, which should be restricted to an external mandate. The state security and police departments should provide intelligence on domestic matters.

Functioning provincial commands should be re-established. They should mirror constitutional and provincial police structures and support these structures where needed. Armscor and Denel should be tasked to develop appropriate systems for peacekeeping, counter-terrorism and border control, rather than for conventional defence capabilities.

A portion of the civilian defence secretariat should be integrated into the defence minister’s office to support him or her in oversight and policy work. The SANDF chief should be made the accounting officer and have the remainder of the secretariat report to him or her.

Instead of relying only on the onerous Public Finance Management Act requirements, all security departments should focus on consequence management — holding managers accountable for value for money and clean procurement. The confidentiality requirements of these departments reinforce the need for robust internal auditing, on top of the oversight provided by the auditor-general.

South African society also faces a rule of law crisis. Citizens don’t obey the rules because the governing African National Congress sets a poor example. The country needs a national campaign to rebuild respect for the rule of law. Leaders from across the spectrum need to support this, including from the religious and private sectors.

The campaign must be underpinned by a clear demonstration of justice that holds those who instigated and incited the recent violence accountable. The same applies to those accused of state capture following the revelations made to the Zondo Commission.

South Africa needs a clear framework — a national security policy document — that sets out its security architecture, roles and functions. Even then, efforts to repurpose the security agencies inevitably need to begin at the top, since an efficient security cluster capable of responding to the country’s challenges requires competent political leadership. Starting in the Cabinet would be an important first step. DM

This article is funded by the Hanns Seidel Foundation and the Swedish International Development Cooperation Agency.