Red-litter day: Pitching in together to clean up inspir...

Red-litter day: Pitching in together to clean up inspires pride in our nation 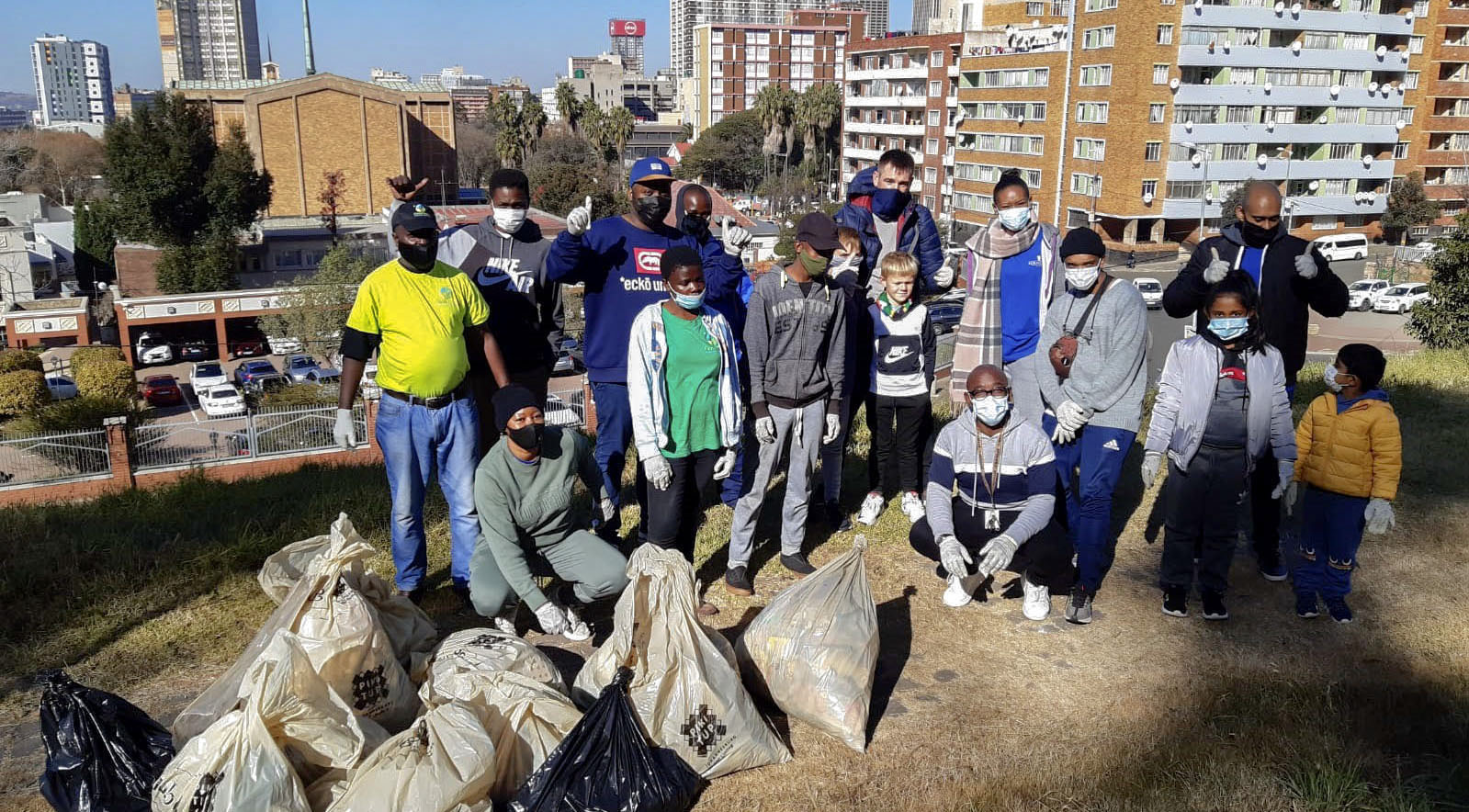 A Joburg team has completed 92 clean-ups since the Adopt A Street Volunteers Network was launched in September 2020, filling more than 3,000 refuse bags with litter. Encouragingly, more than 320 visitors joined in, too.

Dalu Cele is the CEO of Clean City South Africa.

In the past week, South Africans from all walks of life got together as one nation to clean up the mess, debris, grime and litter following the looting and the destruction of properties. It was a sore sight for our country and the world.

It evoked pride across the nation and was a true testament to community action when ordinary people stepped up to protect shopping malls and their neighbourhoods from looting and destruction.

Various organisations, companies and ordinary people coordinated their efforts through several groups and social media, helping to ease hunger and offering humanitarian aid. Their action gave hope that communities can wield power to defend their livelihoods and those of others, as one nation.

On a normal day when one walks around some neighbourhoods, towns and in some city centres, such as Johannesburg’s, you find grime, illegal dumping and litter all over the streets and open spaces.

It was encouraging to see such social cohesion. This attested to the fact that people in South Africa are proud of the environment in which they live, work and play.

It also demonstrated that we could do more as a nation to take pride in our areas.

Several questions came to my mind as we watched the cleaning up of the mess: was it enough of an effort? How can South Africans wield their power to change the state of litter around us? How can we ensure that businesses and communities take pride through ongoing action in a coordinated and sustainable manner? How can we use cleaning up to promote social cohesion? How can we get our young people involved, to teach and promote pride in our communities?

The survival of human beings and animals on land and in rivers and oceans depends on the quality of the environment in which they live — on the pollution of the land, rivers and oceans, and of the air through burning waste, plastic and paper.

This is why we should encourage efforts in our industries to move from a linear to a circular economy. Separation at source, re-use and recycling are among the fundamental ways to reduce waste. It makes good business sense and there are benefits to living, working and playing in a clean environment.

Talking about sustainable, regular and ongoing cleaning-up activities, Clean City South Africa, a non-profit, launched its Adopt A Street Volunteers Network on 5 September 2020 to clean up the streets and open spaces in Joburg’s inner city. Its premise is that where one lives, matters the most.

The team of volunteers has been out every Saturday from 9am to 11am, cleaning up the streets and open spaces where they live, work and play.  Clean City South Africa operates from Pullinger Kop Park in Berea, Pretoria Street in Hillbrow and Pieter Roos Park in Parktown. They have conducted 92 clean-ups so far, filling more than 3,000 refuse bags with litter.

It is also encouraging that the Adopt A Street Volunteers Network had more than 320 visitors who joined the clean-ups.

Essentially the volunteers are ambassadors educating their communities about how litter affects their health, welfare and the environment.

We have seen a huge improvement and reduction of litter and grime at all three locations, and surrounding residents have rediscovered pride in their communities.

We believe that if these teams were duplicated across our nation, it would make a huge difference in reducing litter and saving the environment.

The acts of kindness demonstrated by the business community and many organisations, as well as the spirit of Ubuntu and a united nation, illustrate that each one of us has a responsibility to ensure that our industrial areas, neighbourhoods, streets, cities and towns, open spaces such as parks and recreation centres should be kept clean and free of litter and grime.

We all have a role to play — including youngsters, businesses, leaders in various sectors such as faith-based organisations, schools, tertiary institutions and NGOs — in community-driven clean-up efforts on an ongoing basis.

We need to work towards a common goal of getting rid of litter and grime in our country. We all have a responsibility to take pride in the place where we live, work and play. DM/MC