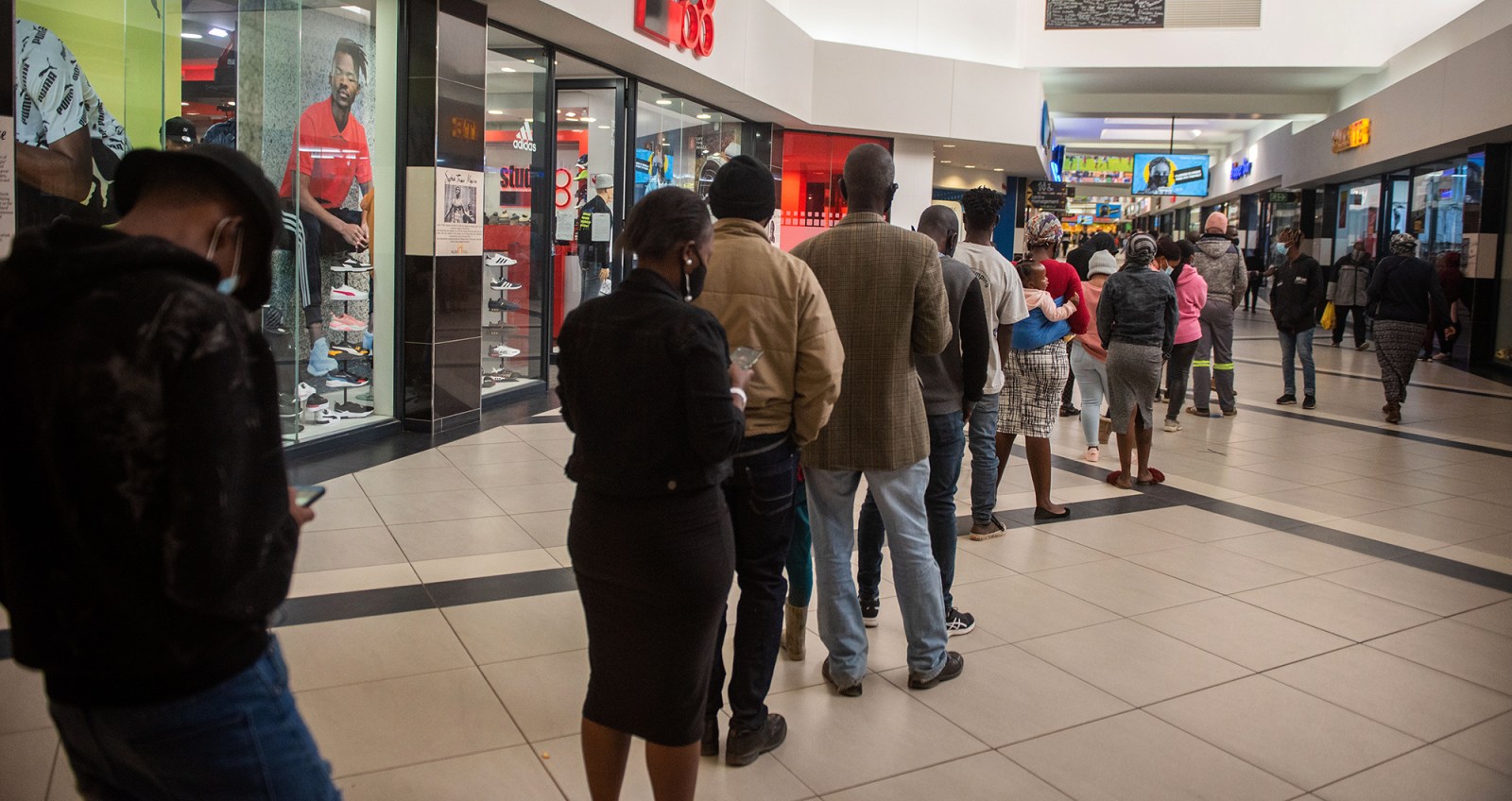 Consumer inflation slowed to 4.9% in June from May’s 30-month high of 5.2%, Statistics South Africa (Stats SA) said on Wednesday. This will help cement the case for the South African Reserve Bank (Sarb) to hold rates steady this week. But food and fuel inflation remain elevated, pointing to price pressures which the recent wave of looting could accelerate.

The 4.9% was broadly in line with economists’ expectations and comes ahead of the interest rate decision by Sarb’s Monetary Policy Committee (MPC) meeting on Thursday. The MPC is seen holding its repo rate steady at 3.5% and inflation remains well within its mandated 3% to 6% target range.

Demand pressures remain weak in an economy with a jobless rate over 40% based on its widest definition. And inflation is seen moderating further this year.

“In line with our expectations, headline inflation has started slowing, reflecting diminishing base effects that affected April and May outcomes. We expect headline inflation to trend even lower for the remainder of this year – ending 2021 closer to the 4.5% midpoint of Sarb’s 3% to 6% inflation target range,” FNB economist Koketso Mano said in a note on the data. 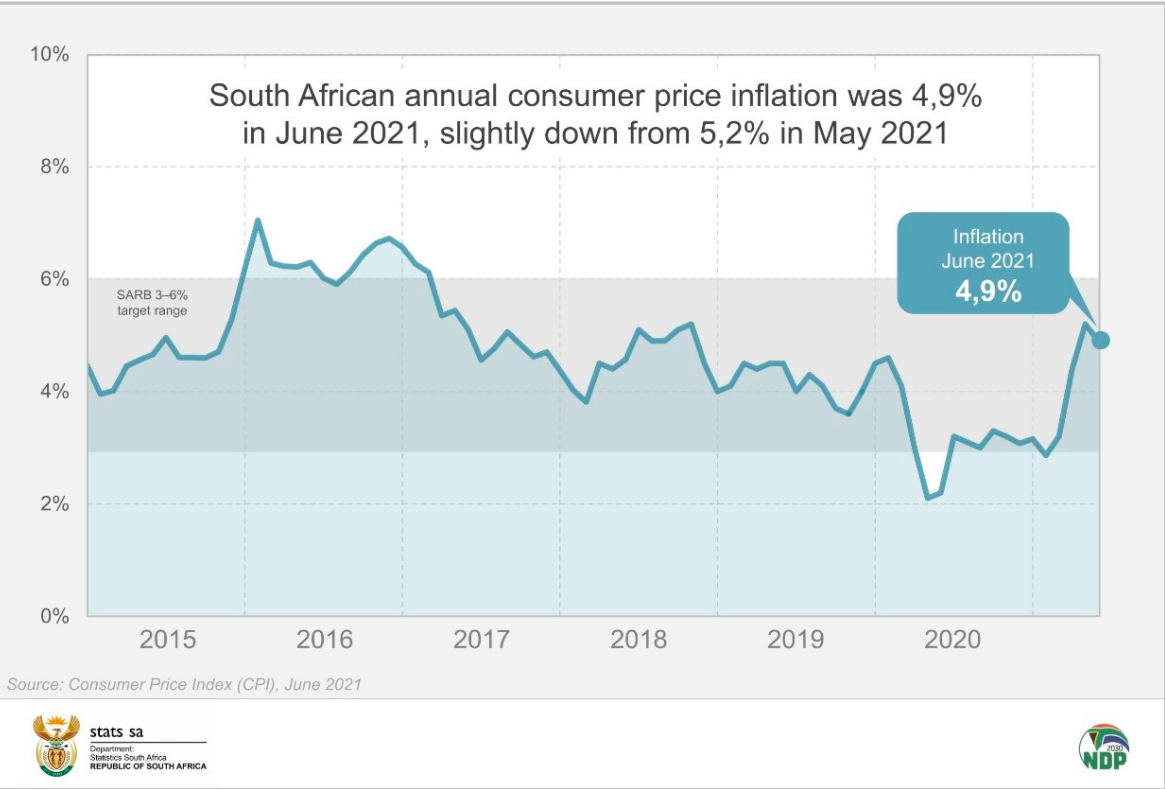 Still, there are some pressures in the price pipeline. Fuel prices rose 27.5% in the year to June, the third consecutive month of double-digit increases in that regard – a reflection of the surge in global oil prices after their spectacular collapse last year in the face of the pandemic.

Food inflation, which takes its heaviest toll on the poor, crept up to 7% in June from 6.8% in May. Both food and fuel prices will be high on Sarb’s radar as it plots the overall trajectory of inflation. Electricity prices will also keep inflation powered up.

“Looking ahead, upward pressure on consumer prices over the next couple of months will stem from a 15.6% rise in electricity prices. Furthermore, the recent rise in international oil prices and the depreciation of the rand in June and July point towards another significant jump in local fuel prices in August,” Pieter du Preez of NKC African Economics said in a commentary.

And then there are the aftershocks from last week’s lethal wave of unrest and looting, triggered in part by the jailing of former president Jacob Zuma.

“Food inflation should remain relatively elevated, and risks are that a disruption to processing and distribution networks following the civil unrest could place upward pressure on non-essential food products, but the extent thereof is not yet clear,” FNB’s Mano noted.

You could say that inflation in South Africa is currently being driven by food, fuel and fools. DM/BM