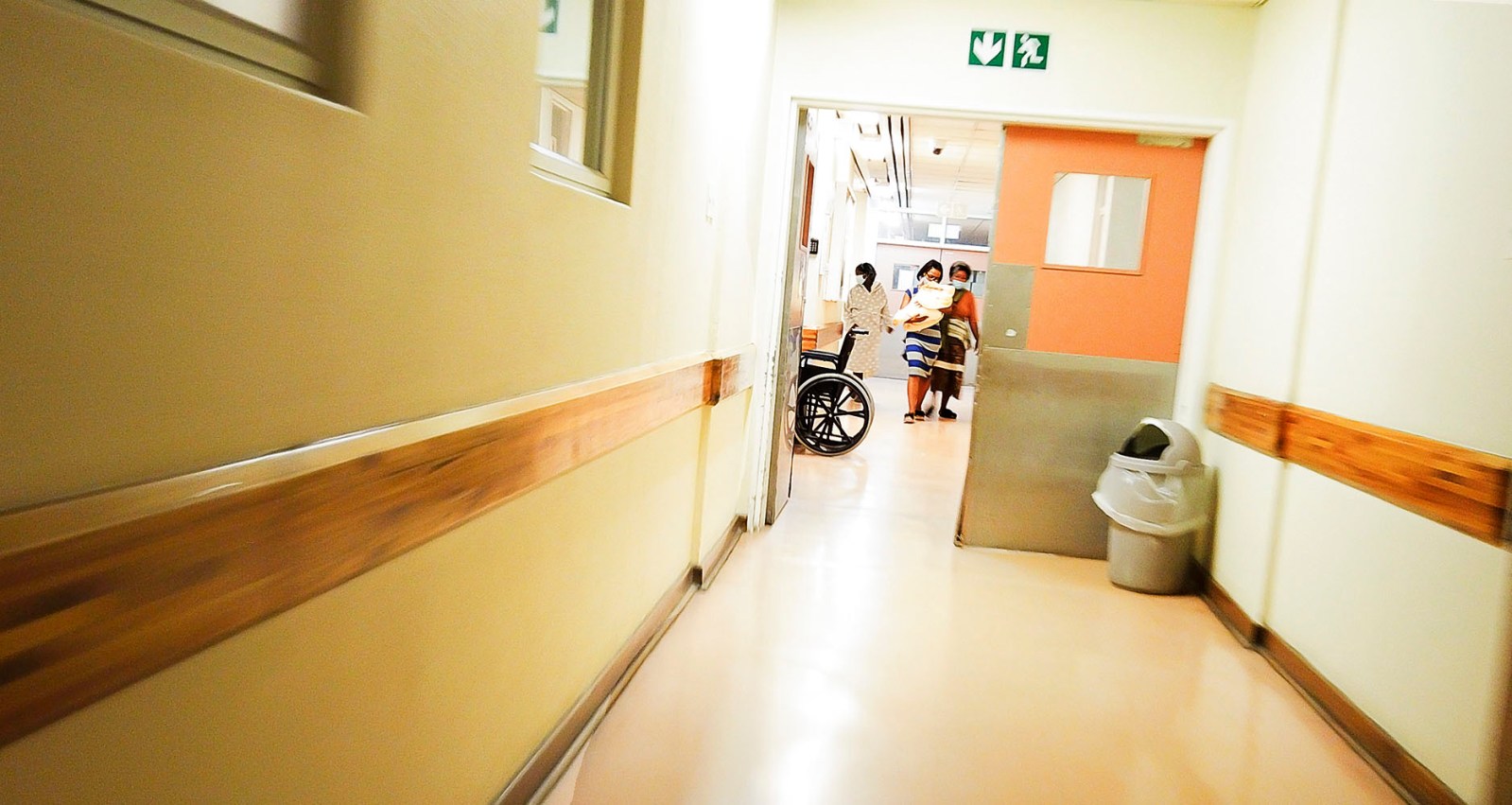 Dora Nginza Hospital, the main maternity unit for the western side of the Eastern Cape, is one of the hospitals facing a high number of medico-legal claims. (Photo: Shiraaz Mohamed)

Contingent liability, made up almost entirely of medico-legal claims against the department, has soared beyond R37bn.

Lawyers for the Eastern Cape Department of Health are preparing an urgent application to stop millions of rands in lump sum payouts.

Department spokesperson Sizwe Kupelo confirmed that this is the plan, saying that it is the provincial government which is bringing the application.

Kupelo, a veteran spokesperson in the department, warned 11 years ago that medico-legal claims would bring the department to its knees.

The spokesperson for the Eastern Cape Treasury, Pumelele Godongwana, said the provincial government is implementing a multipronged strategy to “arrest the problem” that is brought about by medico-legal claims.

“The strategy fundamentally is dealing with legal, administrative, financial and clinical issues. At the moment we are not in the position to talk about the actions that we are undertaking but at the right time we will,” he said.

The application is similar to one brought by the Road Accident Fund this year to halt millions of rands in payouts pending an investigation into duplicate payouts.

Kupelo confirmed that this was the plan and said that it was a collective effort. He said it was “impossible” for the health department to budget for these medico-legal claims as they amounted to irregular spending.

Earlier this year when the then Minister of Health Dr Zweli Mkhize, who has since been placed on special leave, visited Nelson Mandela Bay, the Department of Health told him it would run out of “operational funds” by July.

Kupelo said they still have some money and can also rely on tertiary grants (for the appointment and payment of specialists).

But Godongwana said, based on their reports, they were not aware that the Department of Health was “days away from finishing their budget”.

Last month the Democratic Alliance’s Jane Cowley called for the department to be placed under administration.

She said the financial status of the department was no longer sustainable and the collapse of the entire department is inevitable.

“Contingent liability, made up almost entirely of medico-legal claims against the department, has soared beyond R37-billion, while accruals of R4.06-billion from the previous financial year have drained the goods and services budget almost dry.”

She said calls for a financial recovery plan, with input from the provincial and national treasuries, to “curb irregular expenditure and reduce the cost of a bloated administration” had fallen on deaf ears.

While the Eastern Cape MEC for Health, Nomakhosazana Meth, this week announced that the department was embarking on a recruitment drive, the latest available figures are that specialist vacancy rates at two of the province’s tertiary hospitals, Frere and Livingstone, were 65.6% and 44.8%, respectively. In May, medical officer vacancy rates at Dora Nginza Mental Health Unit and Fort England Hospital stood at 50% and 60%, respectively.

“While delinquent directors and millionaire managers live the VIP life, mental health patients are left to live or die on the streets because there are no beds or psychiatrists to care for them. They die because the department does not employ enough medical personnel,” Cowley said.

The province spends 80% of its budget on salaries, of which 20% (R3.4-billion) is for non-medical personnel.

Meth said that over the next couple of weeks and months, the department will be shortlisting, interviewing and appointing people into critical positions that have been left vacant because of budgetary constraints.

“We cannot have a situation where doctors and nurses have to see and treat too many people, or have a shortage of cleaners and porters because in order for us to provide a more professional, effective and efficient service, we need everyone to play their part.

“We are continuously working towards addressing medico-legal claims, but we cannot put the filling of vacancies on hold… because when you have a staff shortage, those who are at work will be overworked, burnt out and stale, which will inevitably lead to mistakes. That is just logic.”

The department has also extended the contracts of 2,949 Covid-19 contract appointments for a further five months, ending on 30 November 2021.

Meth said the fixed-term contracts of 55 employees for the Cecilia Makiwane Hospital’s newly built 100-bed Siemens-donated ward in Mdantsane have been extended for nine months until 31 March 2022. DM/MC