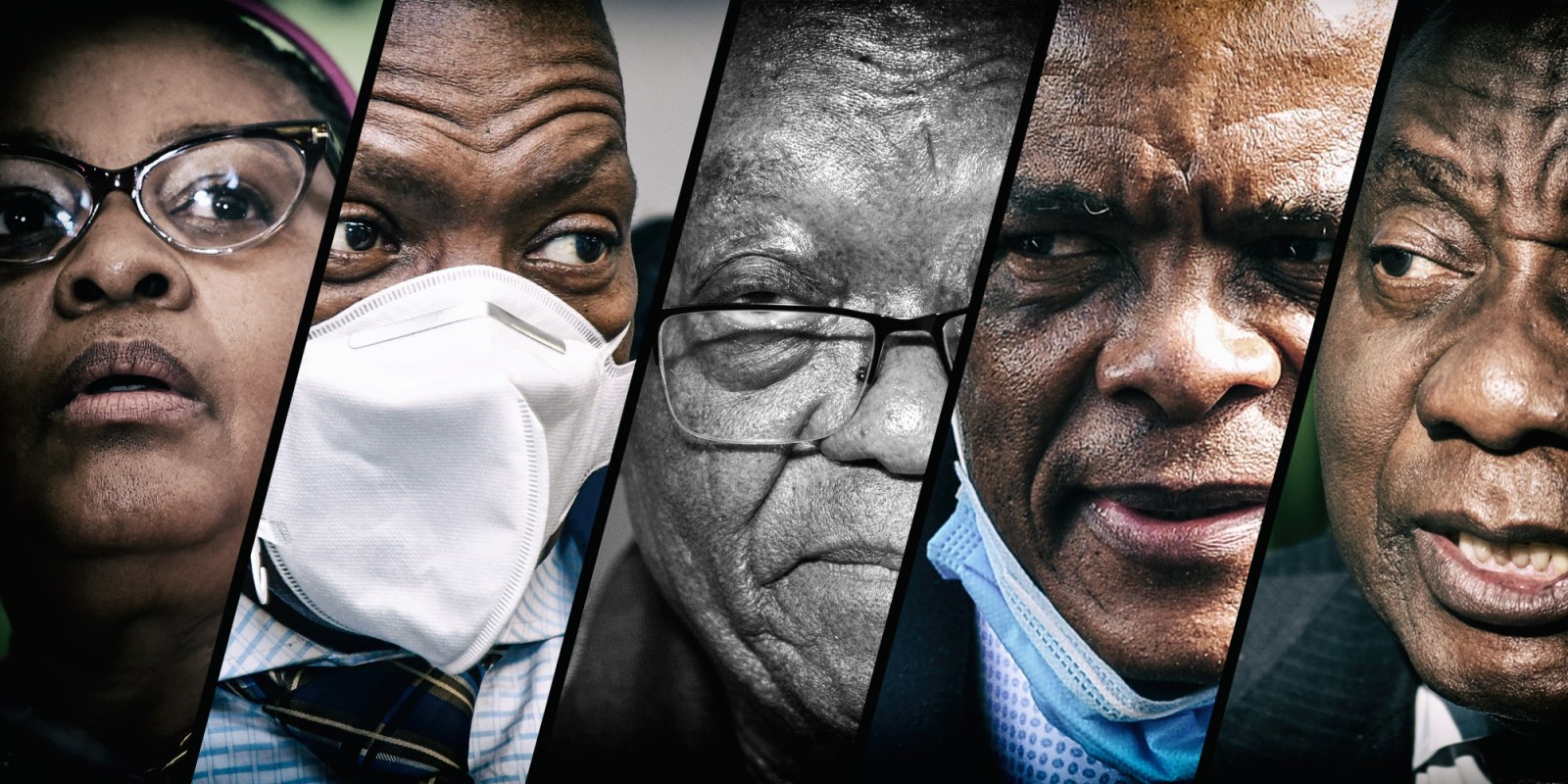 As the government centralises in the Presidency its communications on the recent looting and vandalism in KZN and Gauteng, the ANC looks set to step up its internal ‘clean-up’ campaign when its leaders meet on Monday.

ANC leaders will hold a special extended National Working Committee (NWC) meeting on Monday where the party is expected to continue its own, internal “clean-up” campaign after its infighting spilt over and brought numerous communities in at least two provinces to a standstill.

The specifics of the meeting have not been communicated widely as yet, and party spokesperson Pule Mabe did not respond to a request for comment, but two insiders confirmed that it is set to happen.

It is also not clear what will be on the agenda, but further disciplinary charges that could lead to the expulsion of its suspended Secretary-General, Ace Magashule, have been in the pipeline.

The party’s Integrity Commission last week also discussed reports of impropriety and allegations of corruption against Health Minister Zweli Mkhize related to a communications tender given to Digital Vibes. The commission will soon have to report back to the party on the matter, especially since the Special Investigating Unit has concluded its report.

Special extended NWC meetings, which include provincial secretaries and chairs, are rare and only called in exceptional circumstances. In February 2018 the decision to fire former president Jacob Zuma was taken at such a meeting, and in April 2017 such a meeting was called after Zuma fired Pravin Gordhan as finance minister.

Even though Zuma’s supporters have been calling for Ramaphosa to step down, and even though WhatsApp messages indicate that they are planning further protests, it’s unlikely that a push against Ramaphosa will be seriously attempted during Monday’s meeting, as he has in recent weeks managed to align most of the party’s top leaders behind him. This was evident in the National Executive Committee’s decision at a special meeting shortly after the Constitutional Court ordered Zuma to go to prison, that the ANC’s former president should comply with the order, and that it would not seek a “political solution”.

Zuma was sentenced to 15 months of imprisonment for contempt of court after he ignored a court order to testify before the State Capture Inquiry, and his supporters have been calling for his release.

In another step to assert central control over the crisis, government communications have been centralised after ministers contradicted Ramaphosa on the nature of the violence and looting that South Africa has seen in the past two weeks.

In a letter addressed to her Cabinet colleagues and their deputies, acting Minister in the Presidency Khumbudzo Ntshavheni said they are requested “to clear all communications needs and media queries on the recent developments in the country” with her “to ensure synergy in responding to the media”.

She also said departments wanting to issue media statements should do so in consultation with the Government Communications and Information Systems “to ensure the government message is aligned”. The department, which has at its disposal “information on the most recent developments in the country”, will also provide “support in the form of speaking notes and other means to ensure public commentary of colleagues is aligned to the government message”.

Cabinet members have in the past few days contradicted each other when asked to describe the nature of the recent unrest. Ramaphosa said it was an attempted insurrection and Defence Minister Nosiviwe Mapisa-Nqakula more than once said this was not the case. She described the violence as “counter-revolutionary”.

In her letter, Ntshavheni said the events of the past two weeks “threatened the safety and security” of South Africa.

Party chairperson Gwede Mantashe has characterised the upheaval as a necessary stage in the party’s growth. “Any renewal is always painful, and any renewal will be resisted,” he told a book club launch webinar hosted by the ANC’s OR Tambo School on Wednesday night.

Earlier in the day ANC Eastern Cape chairperson and Premier Lubabalo Mabuyane said at a memorial service that the neglect in municipalities because of inadequate leadership “creates fertile ground for opportunists, anarchists and counter-revolutionary elements to provoke ordinary citizens, and criminal networks to engage in acts of looting and violence in our communities”.

Quoting Vladimir Lenin, he gave some tips on how to carry out an insurrection the right way. “It must, amongst other things, not rely upon conspiracy but upon the advanced class and upon a revolutionary upsurge of the people,” he said.

“This is why we have commended our people who rejected this desperate provocation and instead rose to defend our National Democratic Revolution and the work of renewing our movement and our country.” DM