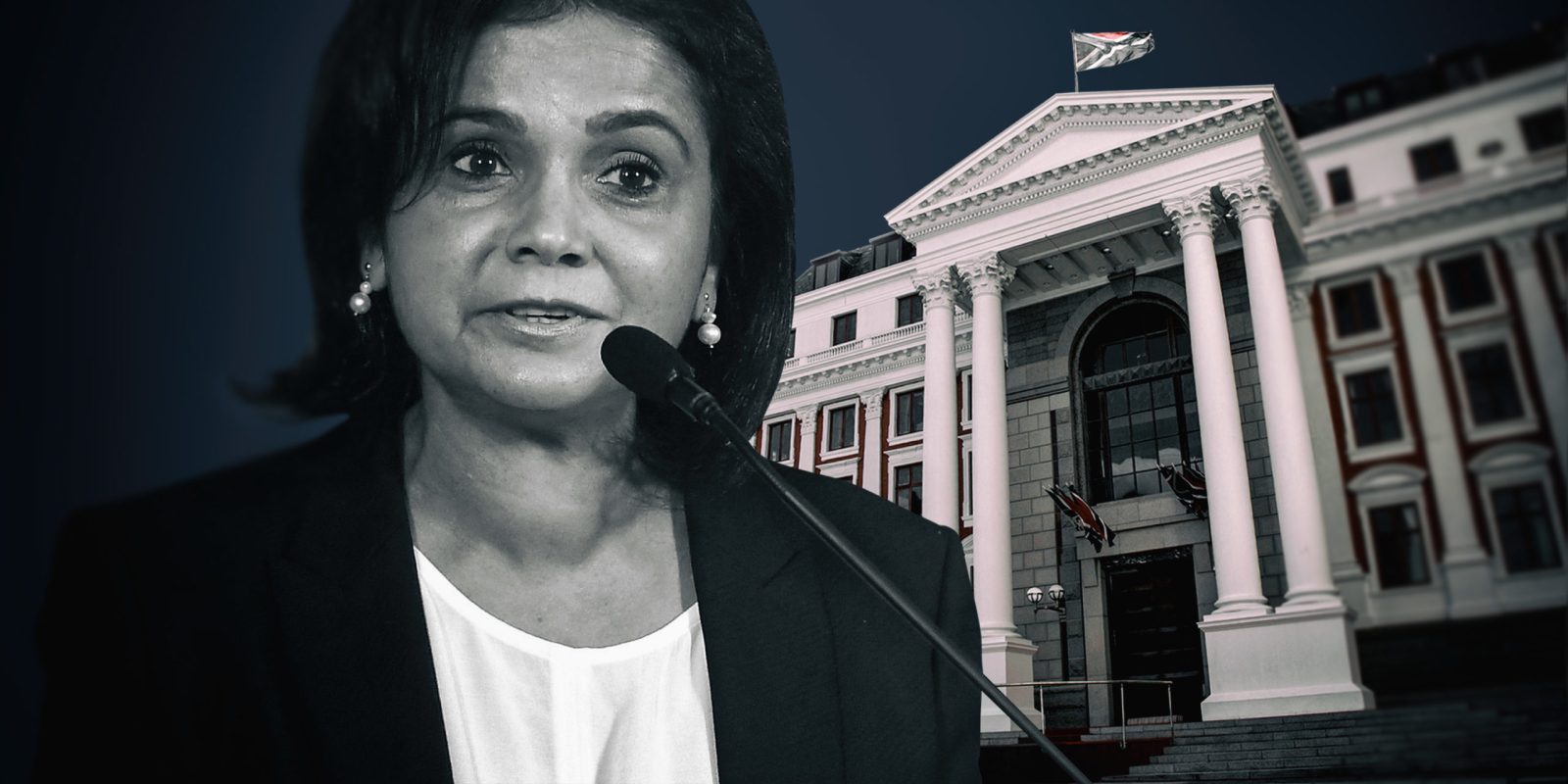 The strongest signal of the political and factional pressure over the recent public disorder emerged in Parliament on Wednesday when prosecutions boss Shamila Batohi emphasised prosecutorial independence — and the absolute must to stay above the politics. Repeatedly.

“We really need to hold the line on independence,” National Prosecuting Authority (NPA) boss Shamila Batohi told Parliament’s justice committee. “We are really trying very hard to stay out of all these factional battles and very politicised environment so we can do our work.”

She had segued into this point on the “importance of the NPA not getting involved in a regrettably highly politicised environment” after emphasising that those dealing with matters related to the public disorder should be “really those that can be trusted to be truly objective”.

DA MP Glynnis Breytenbach had asked about the complicity of police in KwaZulu-Natal during the days of violence and looting that spread from the coastal province to Gauteng from the weekend of 10 July.

It’s perhaps an indication of the political and other pressures and sensitivities that the NPA repeatedly pledged it would do its job dispassionately on the evidence presented to it in the police dockets.

Or as Batohi said: “We do not take instruction from anyone. We follow the evidence. Those responsible must be held accountable.”

Lawmakers were told that a “task team on the management of unrest and related cases” is driving the process to deal with the 1,956 people arrested by late Tuesday, according to Correctional Services, in relation to the public disorder and currently remanded in jails in KwaZulu-Natal and Gauteng.

Daily meetings between the NPA, police and the Hawks take place, usually in the evenings, to capture the day’s developments. Other meetings involve State Security and NatJoints, or the National Joint Operational and Intelligence Structure that, although it is not established in law or regulation, has taken the lead in managing the Covid-19 State of Disaster — and even more so since the public disorder.

Those arrested are categorised as “ordinary perpetrators”, or Level 3; organised crime elements, or Level 2; and the high-level category, or Level 1, of planners and inciters.

Where the evidence warrants it, terrorism charges would be brought under the Protection of Constitutional Democracy Against Terrorist and Related Activities Act, according to the Deputy National Director of Public Prosecutions, Rodney de Kock.

“Those cases are being investigated by the [Hawks], and some by the Crimes Against the State Unit,” said De Kock on the complex high-profile cases of levels 2 and 1.

However, other options such as alternative dispute resolution, diversion or fines are also on the table where justified.

“Rest assured that no one who took part in acts of criminality would evade justice. Our institutions are working together to expedite all matters before them; justice will take its course and the rule of law will reign supreme,” Justice Minister Ronald Lamola told MPs. He described democratic South Africa’s terrorism law as “one of the critical pieces of legislation designed for the protection of our constitutional democracy”.

Wednesday’s briefing to MPs set out clearly what the government had done to date — with a harsh dose of honesty to acknowledge the courts’ struggle to sit for even the 4.5 hours a day the Chief Justice set as a norm.

By contrast, the almost daily security updates delivered by acting Minister in the Presidency, Khumbudzo Ntshavheni, have been criticised by journalists who attended for providing inadequate responses to questions alongside a failure to answer questions.

Wednesday saw continued differences within the executive — raising questions about coordination and cooperation across the state, particularly in the government’s so-called security cluster.

However, earlier in the day, the briefing in Parliament broke down the public disorder-related dockets as: 197 murder dockets, 50 of attempted murder, 55 of arson, 234 of malicious damage to property, 598 of possession of stolen goods and 664 of assaults. Only three inquests, or court-led probes into a death, had been recorded for Gauteng.

While President Cyril Ramaphosa’s administration has long beaten the drum of not working in silos, the differences in dockets, arrests and investigations underscore divergence and difference.

But this should not surprise.

It’s on public record that the ministers in the government’s security cluster are at odds. What goes on behind closed doors at NatJoints is not apparent, although that may change if an MP were to ask a pertinent question.

Or as Freedom Front Plus leader Pieter Groenewald put it:

“According to Minister Cele, he did not sign for, as procedure requires, nor receive any information. He added that the national police commissioner, General Khehla Sitole, also did not receive any information. This serves as clear proof that there is either a serious lack of cooperation between the police and the SSA [State Security Agency] or one of the versions of events — either Dlodlo’s or Cele’s — is not true.”

Dlodlo seems to have maintained silence since telling the Sunday Times the SSA had informed everyone of increased risks, even as others sharply criticised intelligence failures (State Security Agency ‘was never ready in any way’ for violent unrest).

On Tuesday, Defence Minister Nosiviwe Mapisa-Nqakula said she had clarified to the National Security Council her Sunday comment to MPs that the public disorder was not attempted insurrection, but counter-revolutionary and thuggery.

“You commit a mistake; that should never lead people to question your loyalty,” she said, according to eNCA (Defence Minister resents being portrayed as an ‘irresponsible young girl’).

Ntshavheni, who has played an increasingly high-profile role over the past 10 days, reiterated that what had happened was an attempted insurrection, as Ramaphosa characterised it in his 16 July address to the nation.

“That perspective is informed by the discussions with the National Security Council, which is chaired by the president, of which he receives a briefing from the military command and also other law enforcement agencies.”

By Wednesday, officially, it was all back to normal, according to Ntshavheni.

“We want to reassure all South Africans, the SADC region and the international community in general that the situation in our country is now stable and economic activities have returned to normal.”

But saying so may not make it so. Not in a politically prickly and multidimensional situation.

What the ministerial disagreements showed — alongside the different takes on arrests, prosecutions and such — is not only a hollowed-out state capacity, but also the ease of executive blame-shifting.