Zuma granted adjournment of fraud and corruption trial to next month 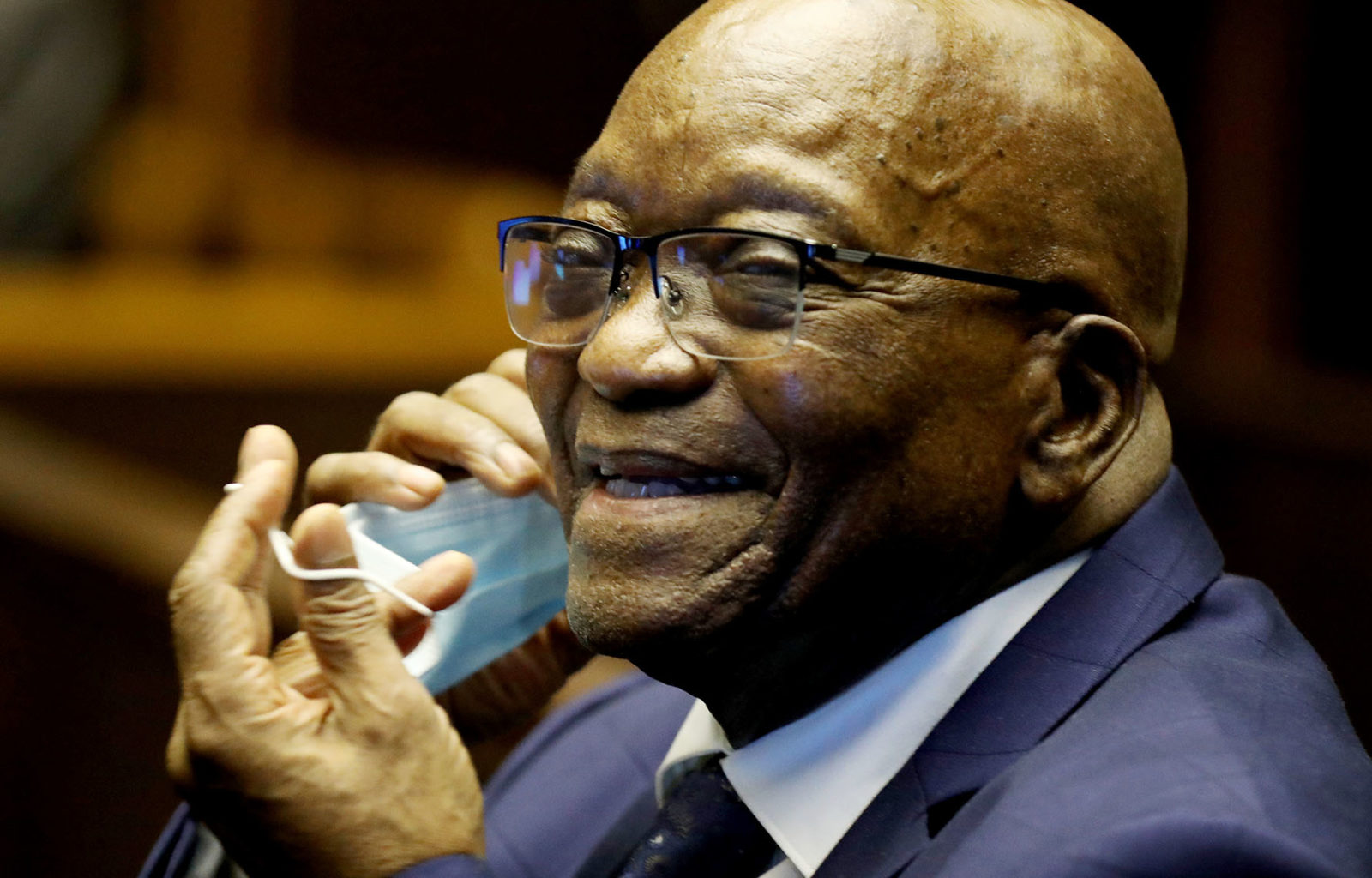 Imprisoned former President Jacob Zuma was linked up at the Estcourt Prison via Microsoft Teams when Judge Piet Koen delivered a ruling to postpone the fraud and corruption case in the Pietermaritzburg High Court on Tuesday.

Judge Piet Koen agreed to postpone the Arms Deal graft trial, for which Zuma’s legal team had argued on Monday.

Without offering the reasons for his decision, Koen said the matter was adjourned to 10 to 13 August, for the hearing of Zuma’s special plea.

Zuma heard the decision via audio link from the Estcourt Correctional Centre.

During the brief  virtual sitting on Tuesday morning,  Koen told the parties at the start that the prison’s audio link had been experiencing technical difficulties. Only Zuma’s audio link was working as the judge read out his orders.

Koen’s directive that proceedings continue virtually, however, stands, although he has allowed for parties to submit in writing their reasons for and against this, meaning he is still open to changing the directive.

“The parties and correctional services are each invited to provide a list, in point form, and not exceeding two pages of double-space typing, of any considerations, and/or prejudice, which might result, which they consider relevant to the decision whether the directive should be revoked or revised,” read Koen.

“The list of considerations and possible prejudice… must be compiled with reference to the circumstances that will prevail, or are anticipated to prevail, as from 9 August 2021.

“The lists referred to… must be transmitted to the judges registrar on or before 2 August 2021, via email. The registrar then has to send this via email to the head of the correctional facility at Estcourt.

“Any revision of the directive or the revocation thereof shall be communicated to the parties by email, on 4 August, 2021.”

KwaZulu-Natal has been on tenterhooks for the past 10 days as the civil unrest that led to the death of hundreds of citizens – most of them looters – and billions in damages gripped parts of the province during adjusted Level 4 lockdown. Koen’s ruling may not be liked, but under the circumstances it is a safe one.

The South African National Defence Force and police have been stationed in their numbers outside the courthouse, as calls have been circulating on social media for pro-Zuma protesters to gather at the facility – even though proceedings have been conducted virtually. Those calls have, however, come to naught.

The province itself, though, and particularly eThekwini and swathes of Pietermaritzburg, is blanketed in anxiety as a possible “second wave” of violence is being anticipated and planned for by authorities and communities. State infrastructure, including courthouses, is being guarded and judges have been told to be vigilant.

Police choppers are still patrolling the skies, looking for flare-ups.

In his arguments for the postponement on Monday, Zuma’s lawyer Dali Mpofu insisted that his client’s constitutional rights to a fair trial would be violated should he not be allowed to physically be at proceedings for his special plea.

Zuma is using the special plea, in terms of Section 106 (1) (h) of the Criminal Procedure Act, to try to remove veteran prosecutor Billy Downer from the trial, on the grounds that, among other things, he “wittingly or unwittingly turned the prosecution into a personal legacy project of his own rather than a pursuit for justice based on an impartial and independent mind”.

The former president believes that should he be successful in his special plea, he will be entitled to an acquittal.

Mpofu and fellow senior counsel Thabani Masuku told Koen on Monday that postponements were common in trial proceedings, and that anything else could be seen as the judge not treating Zuma “like everyone else”.

They needed to consult with their client during proceedings, argued Mpofu, which would only be possible if he was present “in person”.

Appearing for the State, advocate Wim Trengove, SC, said the application for postponement should be dismissed, and proceedings should continue.

“There is a duty on the State to prosecute corruption, and in particular public officials accused of corruption,” said Trengove.

He said Zuma had for “more than 10 years” been “desperately [seeking] to avoid answering the charges of corruption, fraud and money laundering [he is facing]”.

The former president has been incarcerated since handing himself over to authorities in the early hours of 8 July for being in contempt of a Constitutional Court order that he testify at the Commission of Inquiry into State Capture.

He was sentenced to 15 months’ direct imprisonment as a result of the contempt charge. His application for rescission was heard by the same court last Monday when judgment was reserved.

Regarding the Arms Deal trial, Zuma is accused of receiving 791 payments, totalling R4.1-million, between 1995 and 2004 from his former financial/economic adviser Schabir Shaik and Shaik’s companies, to help Thales (accused number two) secure lucrative defence contracts from the government as part of the country’s multibillion-rand 1999 armaments deal.

Downer was part of the original team that secured Shaik’s conviction in 2005.

Zuma has pleaded not guilty to all charges. DM