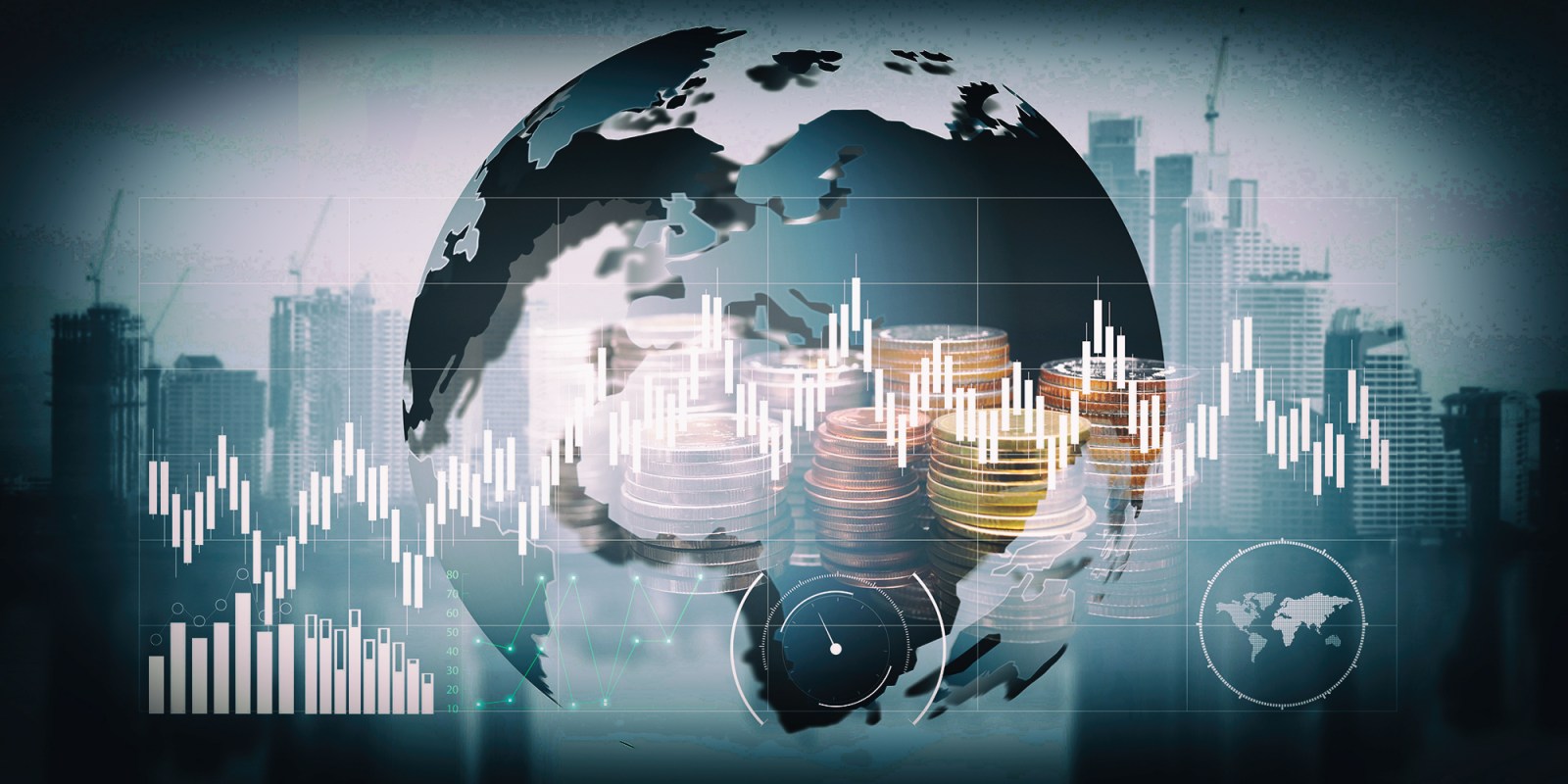 In a week when parts of South Africa were burning, peak growth fears joined inflation jitters on the world investment stage, prompting a sharp selloff in equities and showcasing the extreme vulnerability of the global and local economies at this point.

When a peak growth narrative makes an appearance during a heated debate about inflation, you know the going is about to get tough in financial markets — and so it transpired this week, with stock markets selling off sharply as investors took fright at the prospect of global growth easing off.

The US broad-based benchmark index, the S&P 500, tumbled 2.2% on Monday after investors saw US 10-year Treasury yields bearing down on 1%. They interpreted this as evidence that economic growth is at risk of slowing as Delta-variant infections spread worldwide.

In the US, new daily cases topped 20,000 on 6 July and have been rising ever since. Europe is experiencing an upward trend too, as is the UK, notwithstanding the government’s decision to go ahead with so-called Freedom Day on 19 July. While UK citizens are now allowed to act as though life has returned to normal, the US has warned its citizens against travelling to the UK because of the Covid-19 risks and, if they do, to wear masks and take precautionary measures.

South Africa is experiencing the toughest confluence of events, as reflected in its fall from investor grace in the wake of the riots and looting last week. The rand lost its favoured forex status and the globally televised chaos prompted several investors to vocalise their vote of no confidence in the country.

The riots and looting have put the nascent economic recovery, already at risk of being diminished by the third wave of infections, into an even more vulnerable position, exacerbated by the already slow pace of vaccinations, which was further disrupted last week in the troubled provinces.

Domestic economists expect the looting and damage to supply chains and commercial infrastructure to cost the South African economy some 0.4% to 0.7% this year, probably reducing the growth rate to below 4%, and putting upward pressure on certain prices, resulting in a period of short-lived stagflation.

Old Mutual Investment Group economist Johann Els says we can probably expect some stagflation in the short term, but that it will not be lasting enough to be considered true stagflation. The short-term impact on economic growth and price pressures will be very localised and short term in duration, he adds.

More encouragingly, he expects the extensive rebuilding and restocking in the wake of the crisis to boost economic activity in the fourth quarter and believes a strong rebound in growth is still in play this year, with medium-term growth likely to be better than the annual average growth that prevailed before the Covid-19 crisis.

On inflation, he says supply lines will reopen and price pressures will ease again. “The rand is still strong, imported inflation is negative, demand is weak and thus there will be no demand-driven inflation. So inflation may be a touch above 4% this year and is still expected to be around 4.5% (or a touch below) next year.”

While the crisis will affect confidence in the short term, he doesn’t think it will take away the many positives in terms of the policy change we have seen recently and over the past 2.5 years, and all the structural positives are still around.

“In fact, I am of the opinion this crisis, which was as much about weak growth, unemployment and inequality as it was about Zuma — or perhaps even more so, might be a strong inflection point that could drive accelerated, real economic reforms.”

Sanlam Investments economist Arthur Kamp says the negative hit to GDP and upward pressure on prices in the affected regions will depend on how rapidly supply is restored. “Encouragingly, it seems as though supply chains are already being restored, which, hopefully, implies any price spikes, including in food prices, are short-lived.”

That said, however, he notes that the annual increase in aggregate food prices at the agriculture level (including grain and meat) is firm and, although retail food prices have already responded to this, he had been expecting some further upward retail price pressure in the months ahead, even prior to the events of the past week.

On a positive note, he points out that South Africa is on track for good summer grain crops, which should help alleviate price pressures in the agricultural sector.

What he does think may pose an inflationary risk though is fiscal risk, which has increased. “South Africa’s fiscal situation appeared to be stabilising, with the promise of the implementation of economic reforms suggesting long-term potential growth could lift. However, it has become increasingly clear that it will not be easy to implement the government’s planned expenditure restraint, given the scale of South Africa’s socioeconomic needs. Unsustainable fiscal policies are often associated with high inflation.”

In a matter of a week, the perceived vulnerability of both the global and local economies to a toxic combination of peak growth and inflation risks has intensified. Against this backdrop, it’s cold comfort that renowned economic soothsayer Nouriel Roubini considers the global economic conditions ripe for a repeat of 1970s stagflation and the 2008 debt crisis.

All it will take, he warns, is a negative supply shock along the lines of China-US decoupling, cyber-attacks on critical infrastructure and political backlashes against inequality — all already uncomfortably close to home. BM/DM