‘A nervous normal’: The worst is over for KZN hospi...

‘A nervous normal’: The worst is over for KZN hospitals and clinics following recent unrest 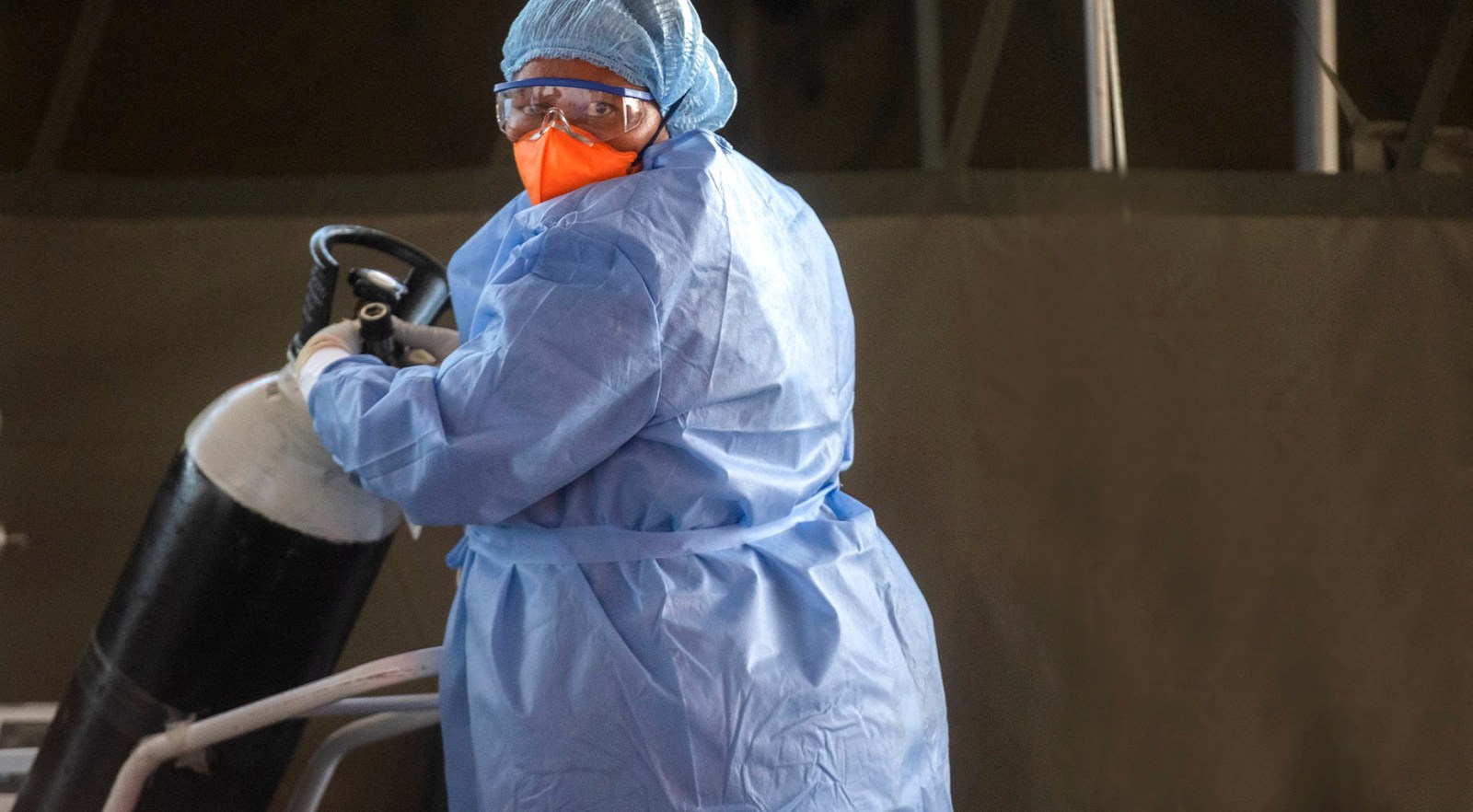 Calm has returned to KwaZulu-Natal’s health facilities, with the provincial health department saying it managed to avert an oxygen and food crisis during the recent civil unrest in the province.

Public health facilities in KwaZulu-Natal are returning to normal after a harrowing week in which hospitals faced dire food and oxygen shortages, and emergency medical services were severely curtailed because of civil unrest.

A spokesperson for the KwaZulu-Natal Department of Health, Ntokozo Maphisa, said on Tuesday they were relieved that a sense of calm had returned.

A week ago an emotional MEC for Health, Nomagugu Simelane, pleaded with communities to protect hospitals, saying they had received information that protesters were planning to burn them down.

Protesters had hijacked a truck with food meant for a hospital and stolen all the supplies. Simelane said they were requesting that soldiers guard hospitals and escort vehicles to hospitals.

“We cannot go on like this,” she said at the time. “We will start losing lives.”

She painted a bleak picture of the state of public healthcare in the province, with only a few days of oxygen left for Covid-19 wards, some facilities running out of food and nurses trapped in communities and unable to get to hospitals.

At the time there was a big increase in people needing urgent medical help after being stabbed, shot, burnt and run over by vehicles. On Monday last week, looters stormed into Ekuhlengeni Psychiatric Hospital and stole TV sets and computers. In Inanda Newtown a community health centre was attacked and robbed of various items, including TVs and computer equipment. The Tongaat Community Health Centre was closed after there was looting in its locality.

“The majority of clinics that are run by eThekwini Municipality have had to be closed due to the unrest,” Simelane said.

Maphisa said on Tuesday that they were truly grateful that there had been a return to normal.

“This means a significant improvement to our day-to-day operations. Staff are back at work and with the opening of the road network, we are no longer concerned about possible food and fuel shortages, unlike last week when we only had enough to last for a few days.

“We must emphasise that there was no shortage of oxygen even during the height of the unrest,” he added.

At the time, the company supplying medical oxygen to hospitals said drivers in KwaZulu-Natal were given police escorts to make their oxygen deliveries.

Sean Christie from Doctors without Borders (MSF) said several crises had been averted.

“It went from a dire crisis, especially for emergency units, to a sort of nervous normal in a small number of days. Nurses were the issue, but we are assured that barriers to coming to work have fallen away. Food was an issue, but catering trucks are running again. Staff food is still an issue.” Christie said long queue times had been reported at hospitals and clinics.

MSF had been asked to intervene at Grey’s Hospital in Pietermaritzburg and managed to supply it with oxygen concentrators.

“Generally, the word is that people are getting back to work,” Christie said.

He said they foresaw some issues with the distribution of chronic medication at primary healthcare facilities.

“But at this stage, there are no dire medical needs.”

Dr Imtiaz Sooliman from Gift of the Givers said they had been approached by McCord Eye Hospital in Berea, Durban, for needles for Covid-19 vaccines and ophthalmology chairs, which were supplied. DM/MC