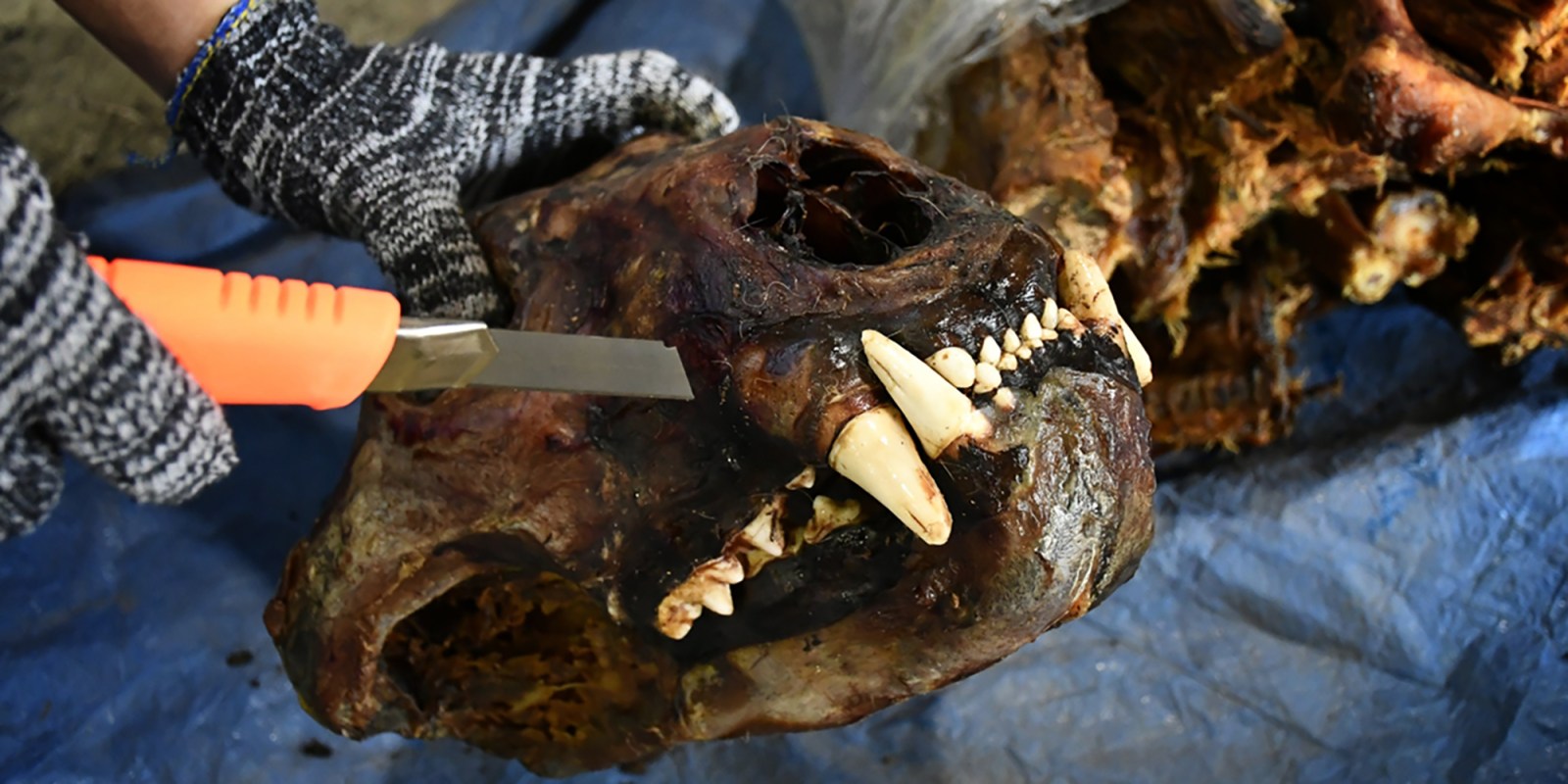 The mass culling of lions in South Africa may be taking place after the government’s plan to shut down lion farms.

A container from South Africa containing 138kg of rhino horn and more than three tonnes of lion bones was seized in the port of Da Nang, Vietnam, at the weekend.

It was opened by customs officials on Sunday in the port of Tien Sa. They had been working with the Vietnamese ministry of trade’s anti-smuggling department.

The officials were investigating a trafficking route and were watching a shipping line suspected of transporting rhino horn and lion bones. They set up a sting and opened the container.

According to the Ho Chi Minh police agency Cong An, the horns and bones were packed in cartons of different sizes and wrapped with nylon rope. The consignment was labelled as wood.

The average weight of a lion skeleton is nine kilograms and a pair of rhino horns averages three kilograms. So the consignment equals the death of 333 lions and 46 rhinos. It’s unlikely to be the only container of bones and horn illegally shipped to Vietnam this year, though its detection may halt movement for a while until an alternative route is found.

The discovery of the lion bones suggests that breeders in SA may be scrambling to slaughter their animals before their operations are shut down. When it became clear that deliberations in the Department of Environment’s High Level Panel were moving towards shutting down lion farming, it was speculated that breeders might monetise their animals as fast as possible by selling their carcasses into the Asian market, which uses them for trinkets and fake tiger bone wine.

The policy paper which emerged from the panel confirmed the government’s intention to shut down lion farming, along with lion petting and canned lion hunts.

The report left little wiggle room for breeders, who it said were bringing South Africa into disrepute internationally, which was bad for tourism. It also noted that many cultures in South Africa identified and were spiritually aligned with lions and the captive breeding of lions was therefore “culturally dispossessing” of this value to communities.

“The captive lion industry does not represent ecologically sustainable use, providing very little economic activity or jobs,” it states, “while benefiting a few relative to the other components of the sector. There are major concerns over work conditions and safety of workers and tourists and zoonotic risks including from Covid-19.”

The industry, it said, did not contribute meaningfully to transformation or to the conservation of wild lions. Furthermore, the trade in lion derivatives posed major risks to wild lion populations and stimulated illegal trade.

“Rewilding of captive lions is not feasible from conservation principles and captive breeding is currently not necessary for conservation purposes.”

However, the policy made no plans for the future of an estimated 10,000 lions on breeding farms, many in poor condition, bred only for their bones destined for Asian markets. They have no conservation value.

So, without an interim plan to deal with thousands of unwanted lions, conservation organisations warned that their mass slaughter was likely. Without legal export quotas, it was probable that their bones would be filtered into the illegal market.

The container of contraband animal parts in Da Nang suggests this process is under way. DM/OBP