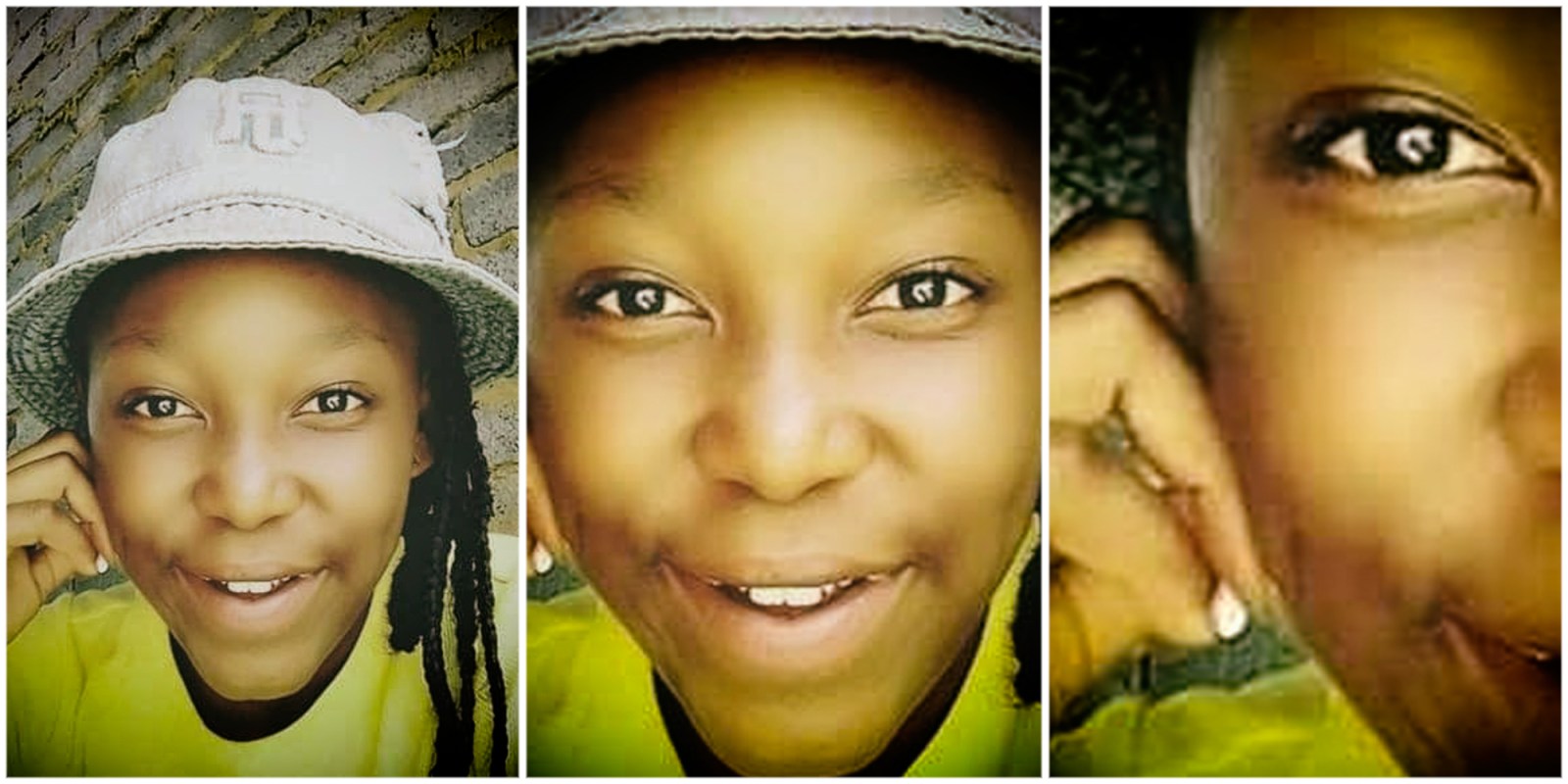 Tinyiko Ndlovu died last week during the looting of Ndofaya Mall in Meadowlands, Soweto. She was only 14. Her family describe the horrifying night they found out what happened.

Dorothy Ndlovu started to worry when her granddaughter Tinyiko did not return home on the afternoon of Monday, 12 July 2021. While school has been suspended during the Covid-19 lockdown, the Grade 9 pupil would often leave home in the morning to spend time with friends and return to eat and prepare a meal for Dorothy in the afternoon.

“She had left home around 8am in the company of her friends. All the time we thought she was playing with friends only to be called to the gruesome scene where she lay,” said Tinyiko’s cousin, Ayanda Ndlovu, in the family’s home in Meadowlands Zone 5, Soweto.

Tinyiko, who was 14, moved from Mpumalanga to Johannesburg to live with relatives after her mother, Thembeka, died in 2009. She was attending Lamola Jubilee Secondary School in Meadowlands, a kilometre from Ndofaya Mall.

“It was just after 5pm we learnt through some community members that some people were injured at the Ndofaya Mall. I thought the people were just injured. Little did I know many had died,” said Tinyiko’s aunt, Tracy Nyathi.

Rampant violence and looting, which first erupted in KwaZulu-Natal, was sweeping through Soweto and after targeting the Meadowlands Pick n Pay centre a large crowd moved to the nearby Ndofaya Mall.

On Monday evening the family was informed that Tinyiko was among those who had been injured during the looting of the mall.

“I was the second person to arrive on the scene. I had only been told she was injured. They were probably not comfortable to say she died,” said Nyathi.

The family don’t know exactly how Tinyiko died. They were told she was trapped by a roller door at the rear entrance to the mall. They don’t know whether she was injured in the stampede as looters tried to gain access to the mall, or by the roller door as it was forced open.

Nyathi, Ayanda and Tinyiko’s grandmother Dorothy sat on a mattress as they recalled the night they found the 14-year-old. Family friend Nomsa Ndaba sat nearby. An open Bible and a burning candle lay next to the mattress.

“When I found her she was still breathing. She would sit and stumble to stay on her feet. They poured water over her but she died during that time and that’s what is agonising for us as a family,” said Nyathi.

“I found her lying there and she was not alone. There were many of them. It was extremely painful for me to see so many people lying there as if they were ants. It’s so painful. We did not know that looting would loot our precious child at this early age.”

“When we found her, she had nothing on her,” said Ayanda.

“It has shocked us to learn that she was caught up in the looting,” added Ndaba.

Tinyiko came from a family of entertainers. Her other grandmother, who died last week, had been a member of Gibson Kente’s acting company — a photo of her performing hung from the wall. Her mother was a professional singer. Tinyiko achieved good results in school, but had not decided what career she wanted to pursue.

“She would tell you she wants to be as famous as her entertainment idols,” smiled Ayanda.

“Beauty, she was obsessed with beauty and fashion and she herself was very beautiful,” Nyathi said.

Nyathi said that after Tinyiko died, the police refused to let the family, or the funeral home they had arranged, take the body. She said the 10 bodies were finally removed at about 2.30am on Tuesday. The family worried Tinyiko was getting cold.

“They told me they do not allow undertakers to take away any of the bodies and that they will be taken to a government mortuary,” said Nyathi.

“They told us we will find her at Chris Hani Baragwanath Hospital. They were taken to Bara,” said Ndlovu.

Only some of the names of the 10 who died at Ndofaya Mall last week have been made public, including 15-year-old Puleng Shabangu and 28-year-old Mthokozisi Ndwandwe.

“This looting left us with too much pain. If it was older people I would understand. It’s children. They cannot say they were out there because they are starving, because their parents do everything for them,” said Nyathi.

“She did not go there because she starves here at home or because she is needy. It’s being childish, they find themselves all over the place. This is the moment when I just wish that they were in school,” she said.

Tinyiko will be buried on Tuesday at Avalon Cemetery. She will rest next to her recently departed grandmother. DM