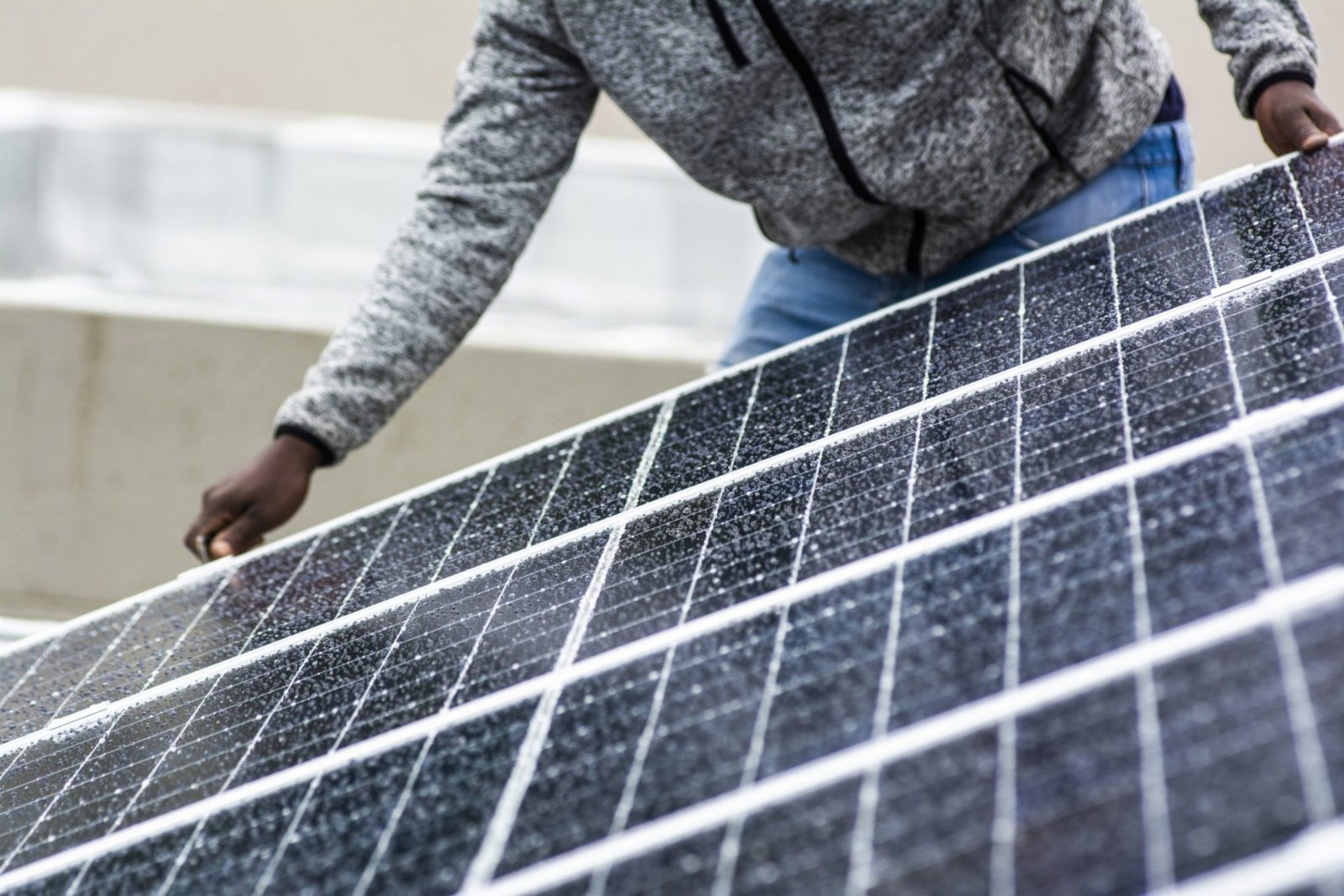 A worker installs solar panels onto the roof of a residential property in Johannesburg. (Photo: Supplied)

When it comes to domestic, grid-tied, rooftop solar photovoltaic systems in South Africa, as with so many other aspects in the country’s electricity supply industry, outdated thinking and reactionary rules are holding back the supply of electricity in misguided efforts to protect the incumbent monopolies.

Limits on the size of domestic rooftop solar PV installations

NRS 098 2-1, the outdated Eskom and municipal electricity standard used as the rulebook for small-scale embedded generation (SSEG), limits the size of grid-tied, rooftop solar PV systems in residential installations. For example, a solar PV system on a house with a 60A single-phase supply is limited to 3.68 kW. Similarly, other limits apply to residential installations with 40A, 80A or 100A single or three-phase supplies.

Apparently, the 3.68 kW limit was calculated on the basis that if every single house connected to a final distribution transformer had a 60A single-phase supply, and all were to install identically sized grid-tied solar PV systems, then 3.68 kW would be the size per solar PV system above which voltage rise may become a problem.

Obviously, this was and still is a completely absurd and unrealistic assumption for such a calculation in the first place. Furthermore, the NRS standard was written at a time when smaller inverters for rooftop solar PV systems did not necessarily provide voltage regulation. These days, however, even small inverters have voltage control facilities, thus obviating any need for concerns about voltage rise.

Therefore, there is absolutely no technical need for such unrealistic restrictions on the size of domestic grid-tied, rooftop, solar PV installations on single or three-phase supplies, and grid-tied solar PV sizes three times higher could be comfortably accommodated, with the right approach.

Feed-in tariffs, but not for customers with prepayment meters

On the one hand, the use of prepayment electricity meters to facilitate revenue collection and revenue protection is being pushed by Eskom and municipal electricity distributors, particularly for lower-income domestic installations.

However, the benefits of compensation for electricity generated back into the grid from rooftop solar PV installations are specifically excluded and are not available to domestic customers with prepayment electricity meters.

The reality is that the prepayment meters currently provided by Eskom and municipal electricity distributors in South Africa are largely outdated, and anything but smart.

The exclusion of lower-income households with prepayment electricity meters from the benefits of becoming “prosumers” (producers and consumers of electricity) presents serious potential socio-political implications in the future.

There are truly absurd limits in place by both Eskom and municipal electricity distributors on compensating domestic electricity customers with grid-tied solar PV systems for electricity supplied back into the grid.

Eskom and municipal distributors have a rule that says a domestic customer with a solar PV system must be a net consumer of electricity over a one-year period. A net consumer is defined as a customer who purchases (imports) more kWh of electricity than the customer exports (sells) into the grid over any 12-month period.

This makes absolutely no sense and is irrational. Eskom, the municipal electricity distributor and customers would all be “in the money” (win-win-win) if domestic customers could supply much more electricity back into the grid.

Eskom’s variable cost of generation, transmission and distribution of electricity would be reduced. Eskom’s coal burn, and therefore its CO2 emissions, would also be reduced, thus reducing the carbon footprint of both Eskom and the municipalities. Finally, Eskom’s burden in meeting electricity demand, which it is clearly unable to satisfy as evidenced by regular load shedding during daylight hours, would be reduced.

The irrational, reactionary and monopolistic tendencies of Eskom and municipal distributors need a rude wake-up call. The world of electricity supply is changing fast, and it is time for customers and “prosumers” to start calling the shots. DM/OBP