Making sense of the violence: SA social media and the poor ‘weaponised by the leaders of chaos’ 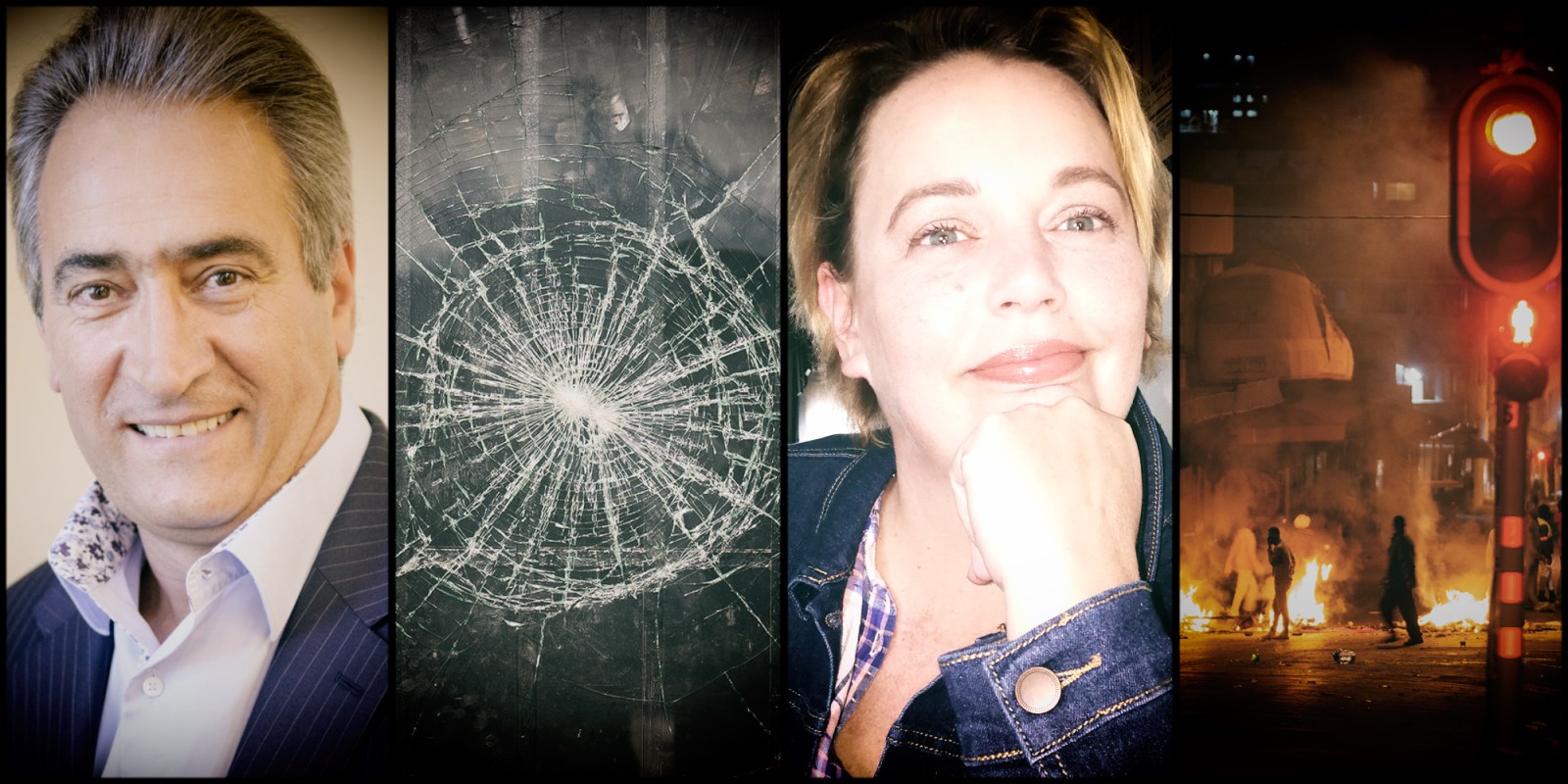 ‘We need a radical ethical transformation,’ said economist Iraj Abedian during a Daily Maverick webinar discussion on the recent violence and unrest that has rocked the country.

Economist Iraj *Abedian convened with Daily Maverick journalist Desiree Erasmus and host Marianne Thamm at a Daily Maverick webinar event on Sunday evening to unpack the violence which has unfolded in parts of Gauteng and KwaZulu-Natal this week and look at where South Africa is headed.

“It’s been a hell of a ride. It’s been emotional; it’s been traumatic,” said Erasmus, who has been on the ground reporting on the violence in her home province of KwaZulu-Natal for the past week.

“The devastation that I saw was unprecedented,” she said.

That being said, Erasmus said what she is experiencing now, after a week of carnage, is a sense of “hope and renewal” that she believed she had lost.

This was after she had seen community members come together in droves to clean up and rebuild what was lost.

Abedian agreed with President Cyril Ramaphosa’s remarks on Friday that the unrest in Gauteng and KwaZulu-Natal is not an “ethnic mobilisation”, but a strategy where the instigators of this insurrection sought to “paralyse the economy” and destroy the infrastructure of South Africa’s regional-national economy.

According to Abedian, the objective of the insurrection was to “destroy the economic underpinning of domestic commerce” which would ultimately lead to the nation’s frustration over a lack of basic services, including food and medicine.

The South African government was ultimately unprepared for the manner in which the attack came, he said. “They did not assume, or operate on the basis that this group would opt for the destruction of our economic infrastructure,” said Abedian.

In the past week, we have also seen how “social media and the poor have been weaponised” by leaders of the chaos, said Thamm.

In response to this insurrection, Abedian said South Africa had seen taxi drivers, community members and ordinary citizens across “racial groupings and economic structures” come together to pick up the pieces.

The violence in parts of KwaZulu-Natal had once again “highlighted big gaps in our society”, said Abedian. These gaps had become patently clear in “our security systems, our police force, our intelligence coordination and the speed at which Cabinet must respond” to crises such as these.

The response of the South African Police Service (SAPS) to the situation in KwaZulu-Natal “was wholly inadequate”, said Erasmus.

“There was no response,” she said.

Erasmus and Thamm pinned the lacklustre response of the SAPS on a lack of resources and training, corruption and a breakdown in leadership. Ensuring “budgets are increased and training is amplified” was essential.

What the government does with the region of KwaZulu-Natal and the instigators of the violence is paramount. According to Erasmus, if the ANC wants to move forward in the province, “it has to renounce factions that bring it into disrepute”.

But, Erasmus was not optimistic that this “culling” within KZN’s ANC would happen.

“What the ANC needs to do now, will not happen,” she said. There was a great deal of support for Jacob Zuma within the province and within the ANC leadership in KwaZulu-Natal, said Erasmus.

“I can’t see it changing anytime soon. Jacob Zuma has done a lot in his area in particular, for the folks on the ground. And that’s something in particular that you cannot get away from.”

Abedian said if change did not take place “quickly, openly and legally” it would undermine South Africa’s economic ranking.

“[South Africa] needs a radical ethical transformation,” he said. This means we need an ethical reimagining of what society we want to be.

“South Africa is at a watershed moment, where the people need to pull resources together across a different type of configuration than political parties, that will look at the welfare of society and communities,” he said.