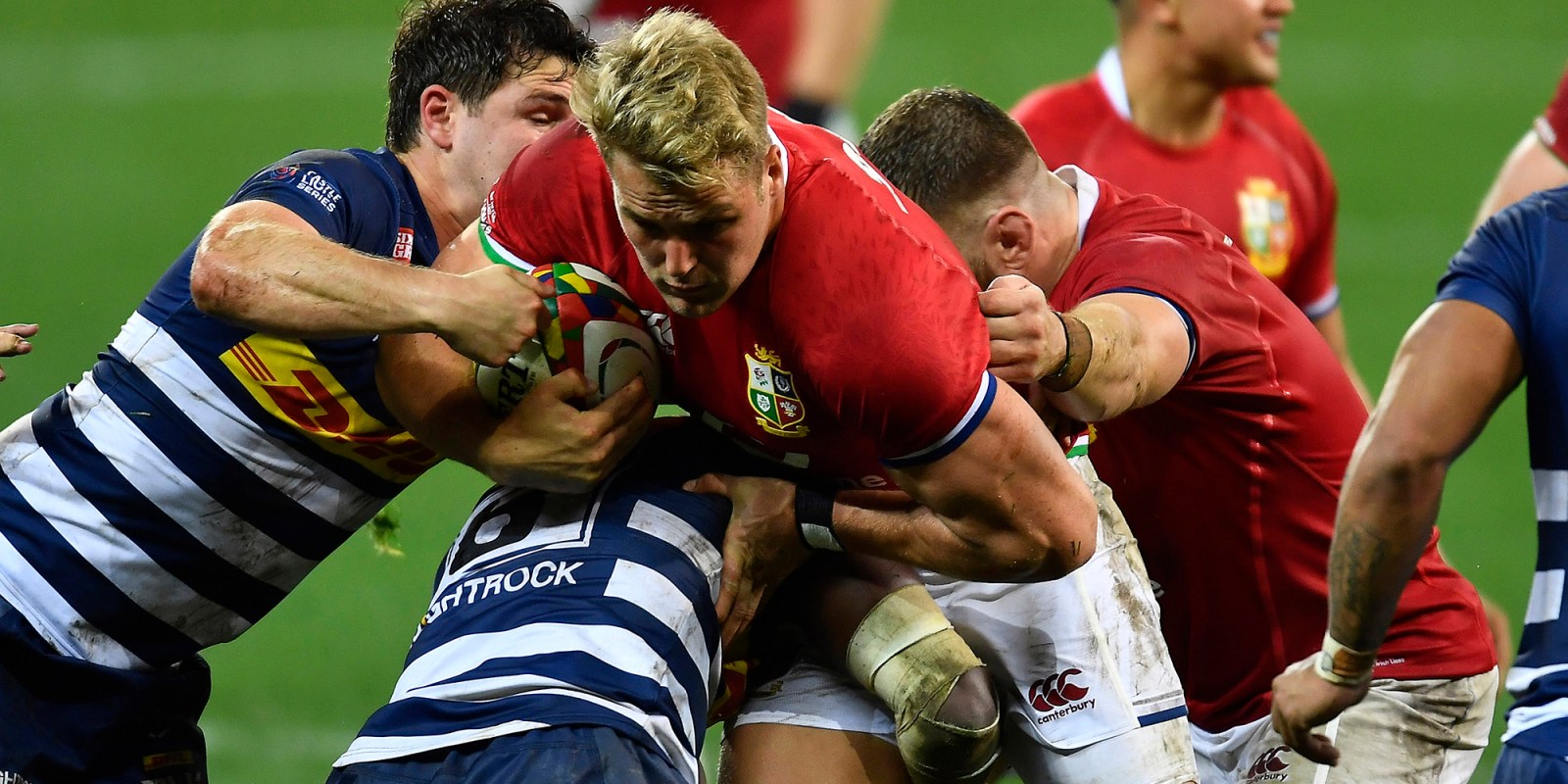 The strangest of British & Irish Lions tours now faces the strangest of build-ups to the crucial first Test after the tourists completed their provincial match programme in typically dominant fashion.

After nearly three weeks of rattling sabres with weak provincial sides, the British & Irish Lions are only days away from formal and thunderous hostilities against the Springboks in the first Test at Cape Town Stadium.

The series has been the most eagerly anticipated set of Tests since the Rugby World Cup’s latter stages in 2019. Within minutes of the Boks winning the Webb Ellis Cup with that famous 32-12 mauling of England in the final, thoughts turned to the Lions.

Although the exact dates weren’t finalised at the time the Boks won their third world title in Yokohama, everyone knew it would be sometime in July 2021.

No one could have predicted what would happen in the interim, and thanks to a global pandemic that is reshaping the world and dividing and uniting citizens in ways never imagined on that glorious Japanese evening, the series outcome is a lottery.

Neither team has form or much match practice going into the clash this weekend and both could be hobbled by selection issues beyond their control. Quite simply, there has never been a build-up like it and there is unlikely to be another to rival it again.

Yet, somehow the moment has arrived. The first Test at Cape Town Stadium on 24 July, is only days away and neither side can confidently predict their starting teams or their form.

The Lions smashed a young Stormers 49-3 in their fourth match against provincial opposition at Cape Town Stadium last Saturday. The tourists scored 230 points in games against the local Lions, Sharks (twice) and the Stormers. They were so dominant they learnt little and when they did face something resembling a cohesive team in SA “A” they fell short, losing 17-13.

That result against an SA team missing at least five Bok starters is the match that has most shaped the build-up and set the tone. It showed that the Test series will be tight and physical.

Both sides will improve in the coming weeks while the Lions learnt lessons and experienced first-hand the Boks’ ferocity in contact. Coach Warren Gatland confidently claimed he knows what is coming. The Boks aren’t that concerned either because they make no bones about their approach, they simply dare the opponents to live with them.

“We’re expecting a lot of runners off nine and we expect a lot of kicking,” Gatland said, to no one’s great surprise. “With a lot of teams there might be 20-odd kicks in a game but when you play the Springboks it goes up to 40-odd. So that’s an area we need to do a lot of work on this week — our kick-chase, getting back in support of players and being prepared to stay in that arm wrestle.”

The Springboks have played one Test in nearly 21 months and had two more matches in the guise of SA “A” in the past week. The Lions have mixed and matched their squad against hopelessly understrength provincial teams, which has given the tourists no real gauge of their weaknesses.

Coupled with Covid-19 disruptions, which have seen players from both camps isolated and forced out of training, it has also robbed players of chances to make strong claims for Test berths.

Gatland would have had an ideal starting XV in mind when he named his 37-man squad and he might actually stick to these when he finally inks in his Test team.

The Springboks have been more bedevilled by Covid setbacks and it now appears highly unlikely that captain Siya Kolisi, hookers Bongi Mbonambi and Scarra Ntubeni and wing Makazole Mapimpi will feature in the first Test.

None of that quartet was at Cape Town Stadium to watch their colleagues in SA “A” colours lose 17-14 to an inspired and organised Bulls team in a warm-up match. Kolisi and co have not been on a training pitch for almost two weeks and will need to pass several more medical checks to be cleared to play.

It’s likely, given the time frame of their Covid infections, that they will be cleared for 24 July, but will coach Jacques Nienaber risk selecting any of them with no training time under the belt?

He has a similar conundrum with key players Handre Pollard (flyhalf) and tighthead prop Frans Malherbe, who came out of isolation last Thursday. But at least they are training again.

After Elton Jantjies delivered a mediocre performance against the Bulls where he was completely outplayed by former Bok Johan Goosen, Pollard is almost certain to start with only a few training sessions in the bank. He is that vital.

And given the SA “A” team’s scrumming issues against both the British & Irish Lions and the Bulls in the past week, if Malherbe can walk, he will play. The maligned prop is as strong as 90 proof alcohol and equally debilitating for opponents.

“We got a lot of answers about a lot of individuals,” Nienaber said after the loss to the Bulls.

“As a team, the performance wasn’t there. We needed questions asked of players under pressure to get some answers. We definitely got that out of the game.

“There were places up for grabs and there were not a lot of positives from the game. We had to see more of (hooker) Joseph Dweba because of Covid cases. We got Elton and Kwagga Smith through 80 minutes, got to see Damian de Allende play for 60 minutes and Damian Willemse at 12 for a while again.”

Bulls coach Jake White cautioned against reading too much into the SA “A” loss against his team. It was after all a patchwork unit while the Bulls are a more cohesive side.

“I know you guys want me to say there’s a crisis and that there should be some headline news about this,” White said after his side’s win.

“But the Boks (SA “A”) needed a hit out and had to give some guys game-time. There’s no way that this result will be an indication of what will happen next week when the Test series starts. I don’t think this performance, just like the Lions against SA “A” last week, should be one that’s read too much into it.

“The Tests start from zero. When the two sides pick their first-choice sides, that’s when the real action starts. From a Springbok view, no one’s ever going to remember a friendly. People will remember the Test series, they remember the results of the big games, whether it be 1974, 1997 or 2009.

“The Springboks will definitely be only focusing really on what happens next week and rightly so.” DM