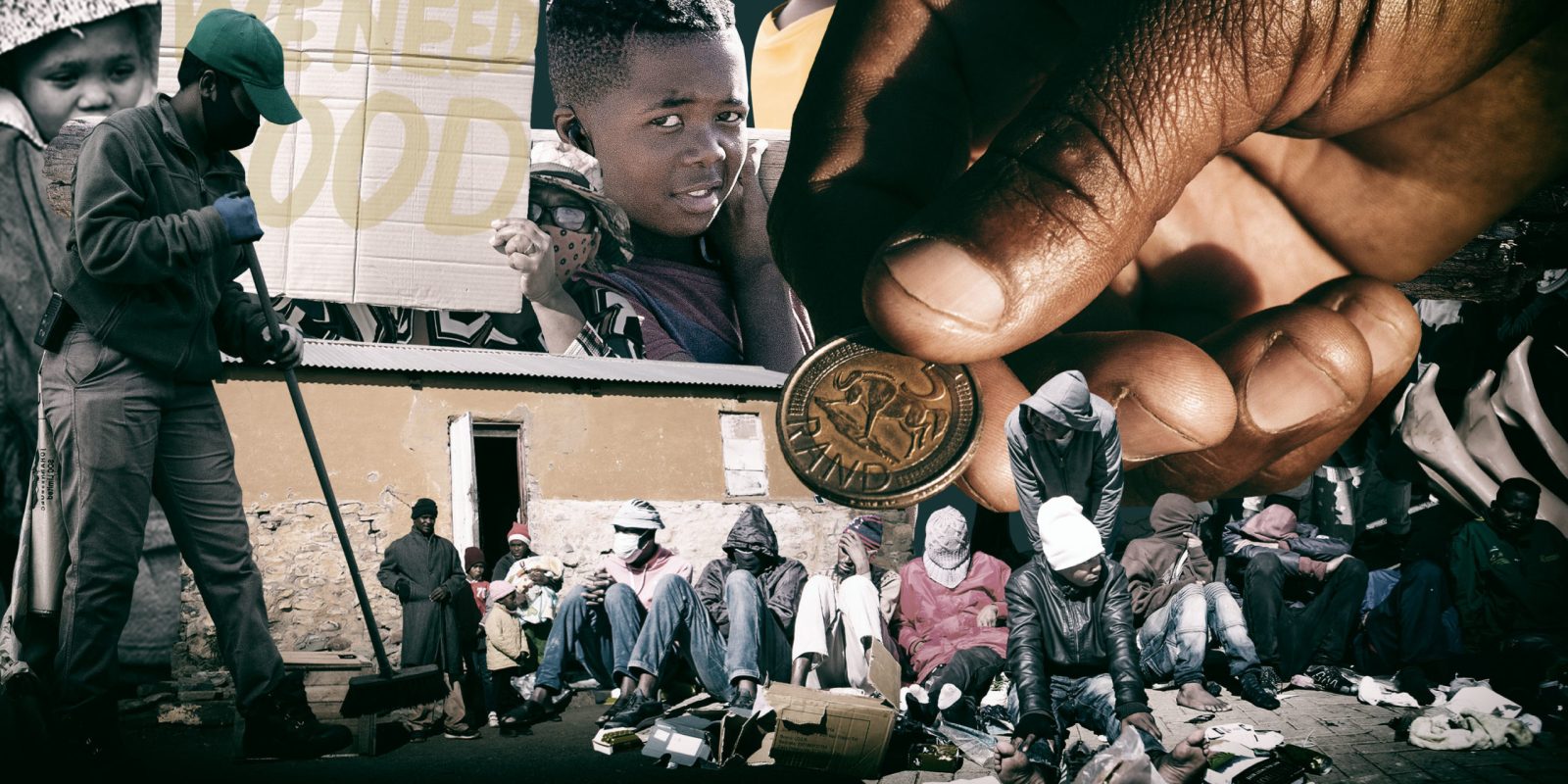 If the recent unrest in parts of Gauteng and KwaZulu-Natal has shown us anything, it is that it has never been more urgent to reduce poverty and inequality. Civil society has issued a clarion call to government: the time for a universal basic income grant has come.

Give all adult South Africans R1,268 per month.

That is the call being made by a coalition of 40 civil society organisations in the wake of looting and violence in parts of KwaZulu-Natal and Gauteng.

Although the idea of the basic income grant (BIG) has been in the works for several years, the campaign picked up momentum during the economic catastrophe of the Covid-19 lockdowns. Now, following the riots, government is showing signs of taking the idea more seriously than ever before.

Introducing a BIG, Isobel Frye told Daily Maverick on Monday, might just be “the most tangible way that the horror of the last week could be met with something positive”.

Frye is the director of the Johannesburg-based Studies in Poverty and Inequality Institute (SPII), which has been at the forefront of the recent push for a BIG in South Africa. It was to a presentation given by Frye at the annual Nelson Mandela memorial lecture on Sunday evening that President Cyril Ramaphosa was responding when he said that a BIG would “validate our people and show them that we are giving serious consideration to their lives”.

In an October 2020 panel discussion, Frye explained the BIG as a “rights-based, unconditional cash transfer paid to individuals”. There is no means test, which greatly simplifies the bureaucratic machinery around it, and no conditions attached to how the money is spent.

Research from other countries has suggested that the money should specifically be paid to individuals rather than per household, because payments made to households are often “captured” by adult males. Frye also explained that money should be paid rather than in-kind disbursements like seeds, because this has the ability to distort local markets.

Speaking on Daily Maverick’s Don’t Shoot The Messenger podcast in March, Wits professor Vishwas Satgar said there was now a substantial body of evidence from around the world pointing to the benefits of a BIG.

What it amounts to, Satgar said, is evidence that a BIG can lead to “human flourishing”.

In South Africa, the call for a BIG has been made by a range of institutions on the left, politically. While there appears to be broad consensus that such an intervention would be helpful, the sticking point is the monetary amount of the grant in question.

One of Stats SA’s metrics for poverty is the “food poverty line”: the absolute minimum amount of money that can be spent to ensure an individual gets the minimum required daily nutrition. As of 2020, that amount was R585 per person per month.

That is still more than, for instance, the government’s Covid-19 distress grant, at R350 per month for those who qualified for it. Frye points out that the Covid-19 grant is the first policy since democracy to include non-disabled, working-age people in social security.

The South African Federation of Trade Unions (Saftu) has previously urged government to consider a BIG of at least R1,500 per month. But the ANC, according to leaked documents from earlier this year, has been looking at a monthly grant of only R500, and only to those aged 19 to 59 who don’t receive other grants.

Frye says that while the cost of a R1,268 monthly grant might seem prohibitive, it’s important to note that research currently being considered by Nedlac has found that a BIG has the potential to stimulate economic activity in general, beyond the formal labour market. That BIG could contribute around 0.5% to GDP growth, as well as increase the employment rate.

But it would still come at an estimated net cost of over R200-billion per year.

At a civil society meeting on 16 July, economist Duma Gqubule laid out a number of proposals for financing a BIG. Unsurprisingly, one is higher taxes: increased taxation of wealth and corporates is usually mentioned in this regard. Another is restructuring the balance sheet of what Gqubule calls “SA Inc”, including reducing Public Investment Corporation (PIC) funding by 50%, to release R1.1-trillion.

In his presentation, Gqubule warned that a BIG should not be viewed as a “silver bullet solution” or an “isolated technocratic fix”. Rather, it “should be the first step towards transforming the whole economy”.

Frye told Daily Maverick on Monday that the coalition of civil society organisations, including the SPII, the Women’s Legal Centre, Black Sash and others, are looking to embark on litigation relating to a BIG.

“We have consulted with senior counsel and there definitely is a case to be made,” Frye said.

Among other possible moves, the department of social development could be legally compelled to table its plan regarding a BIG.

Frye says that activists are encouraged by signs that the department is very much in favour of a BIG, and that the campaign is gaining support more widely.

On Monday, Daily Maverick asked acting minister in the presidency, Khumbudzo Ntshavheni, to elaborate on government’s position on a BIG, but she said it would be “presumptuous” of her to comment on the process.

“I want to confirm there is discussion,” Ntshavheni said.

“There must be an intervention for South Africa to deal with the levels of poverty and unemployment.” DM