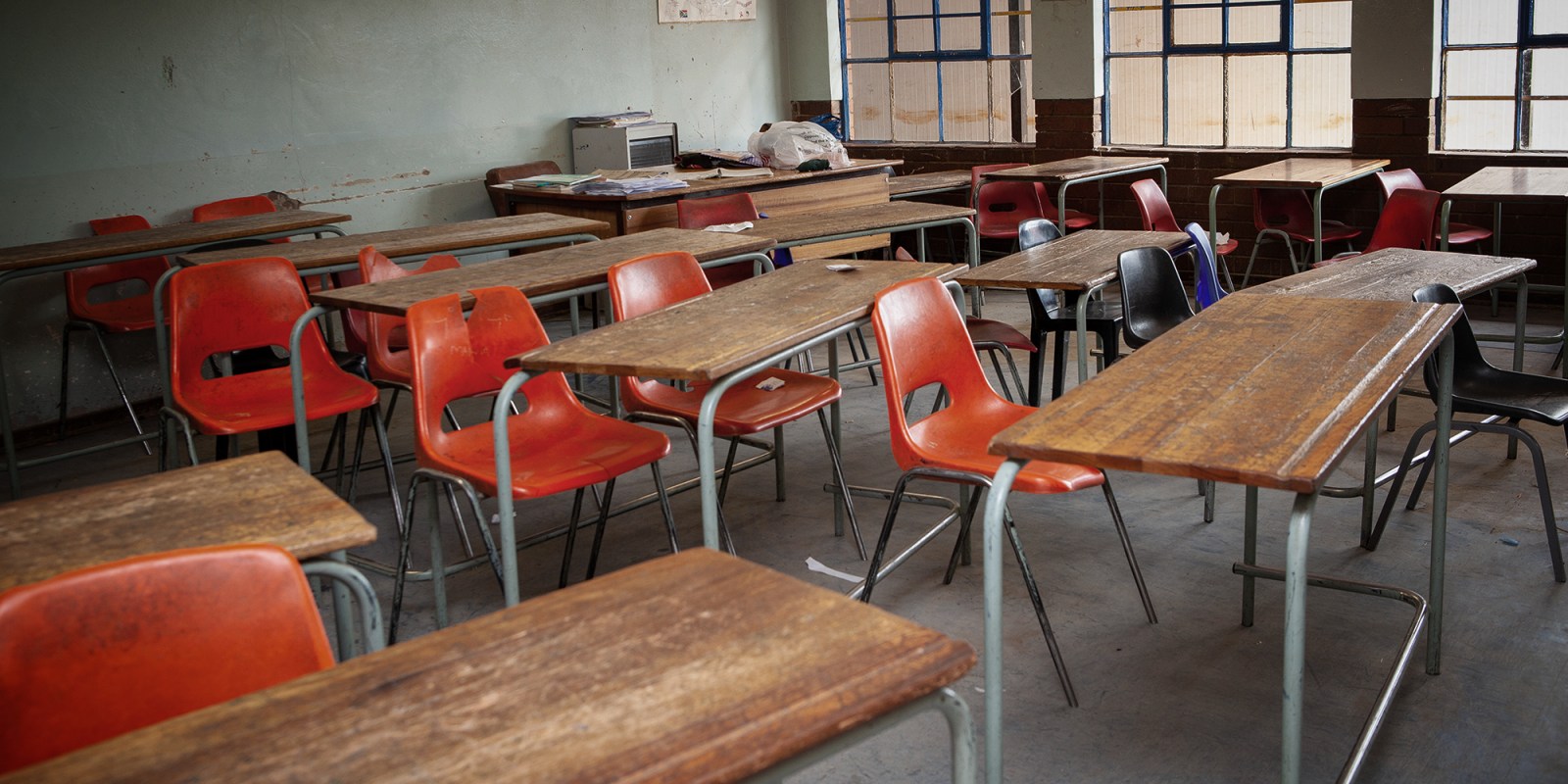 As school closures persist under lockdown Level 4, concerns are that our struggling education system will take a further knock. But what can be done to save our children’s futures?

About 500,000 children had dropped out of school during the pandemic, according to estimates, bringing the total number of seven- to 17-year-olds not attending school to about 750,000 by May 2021. Between March 2020 and June 2021, primary school learners lost about 70% of a full year of learning.

Under the extended alert Level 4 lockdown, schools are closed until 26 July; previously they were to resume on 19 July.

The South African Democratic Teachers’ Union (Sadtu) and the National Professional Teachers’ Organisation of South Africa (Naptosa) said they supported the extended school closures in a bid to save lives, though teaching time was being lost as a result.

Sadtu spokesperson Nomusa Cembi said Grade 11 and Grade 12 learners were attending classes despite the closures, but the current Grade 12 class might be disadvantaged come matric exams as their school year was heavily disrupted by the pandemic in 2020. During a basic education parliamentary portfolio committee meeting in June, the department announced that midyear exams for matrics had been cancelled to allow pupils enough time to complete the syllabus.

Naptosa executive director Basil Manuel said it was the right call as the “building blocks” were not in place for students to successfully sit those assessments.

Robin Stickells, a single father of four teenagers, a qualified teacher and owner of Top Marks Tutors, said school closures had an impact on assessing students’ academic outcomes. “When schools are on a long lockdown it is more difficult for [them] to assess students as often and effectively as they would in a classroom environment.”

Cembi said the system of rotational learning had disrupted teachers’ ability to finish the curriculum and younger students were missing out on the opportunity to reinforce new content and fundamental skills.

Rotational learning means students attend school on alternate days, to ensure physical distancing. “When learners come back after two or three days you have to repeat what you taught them because they have forgotten,” she said. Manuel said rotational learning may affect the mastery of core skills such as reading among Grade 1s, who haven’t had “one term of full contact”.

According to the Basic Education Department, two decades of learning gains have been compromised by the pandemic: apart from the learning time lost, only 22% of Grade 4 learners are able to read proficiently based on assessments. Primary school learners in grades R to 7 will return to daily attendance and traditional timetables from 26 July, as gazetted by Minister Angie Motshekga on 21 May.

Departmental spokesperson Elijah Mhlanga said the only remedy to the impact of the pandemic on education was to get all learners “back in school”, though other measures had been explored such as trimming the curriculum twice in 2020 and revising the Annual Teaching Plans. Manuel, however, said that in trimming the curriculum vital modules that may be needed in later grades must not be excluded. He said the pandemic provided an opportune time to address the relevance of certain subjects for the 21st century and whether our education was using teaching time “effectively, efficiently and economically”.

“We certainly have an overfull syllabus, and we know with Covid upon us we need to spend a little more time to remove some of the non-essentials.”

South Africa has one of the longest school years in the world, according to Manuel, and if 4IR subjects such as robotics and coding are to be added to the syllabus, some content must be discarded. Looking long term, Stickells said it would be relevant to rework the curriculum to include more vocational subjects. “We need to have people who are good at trades,” said Stickells. “The person who goes into a trade nowadays, I believe, could be starting their training far more effectively if we had a high school system that catered to those pupils.” For parents, closures and disruptions to schooling have taken their toll.

Hlengiwe Cele, whose two children are in grades R and RRR in KwaZulu-Natal, said she felt “overwhelmed”. “It’s not easy juggling working from home and attending to children’s needs and energy levels.”

She said, without school, her young children were being deprived of social interaction, though she tried to explain to them why they could not see their friends and teachers. Despite this, she’s been amazed at how well her children have adjusted to the new norm.

Stickells noted that his children struggled with the disruption to their routine and the uncertainty around the pandemic created huge anxiety about the school timetable, among other things. DM168