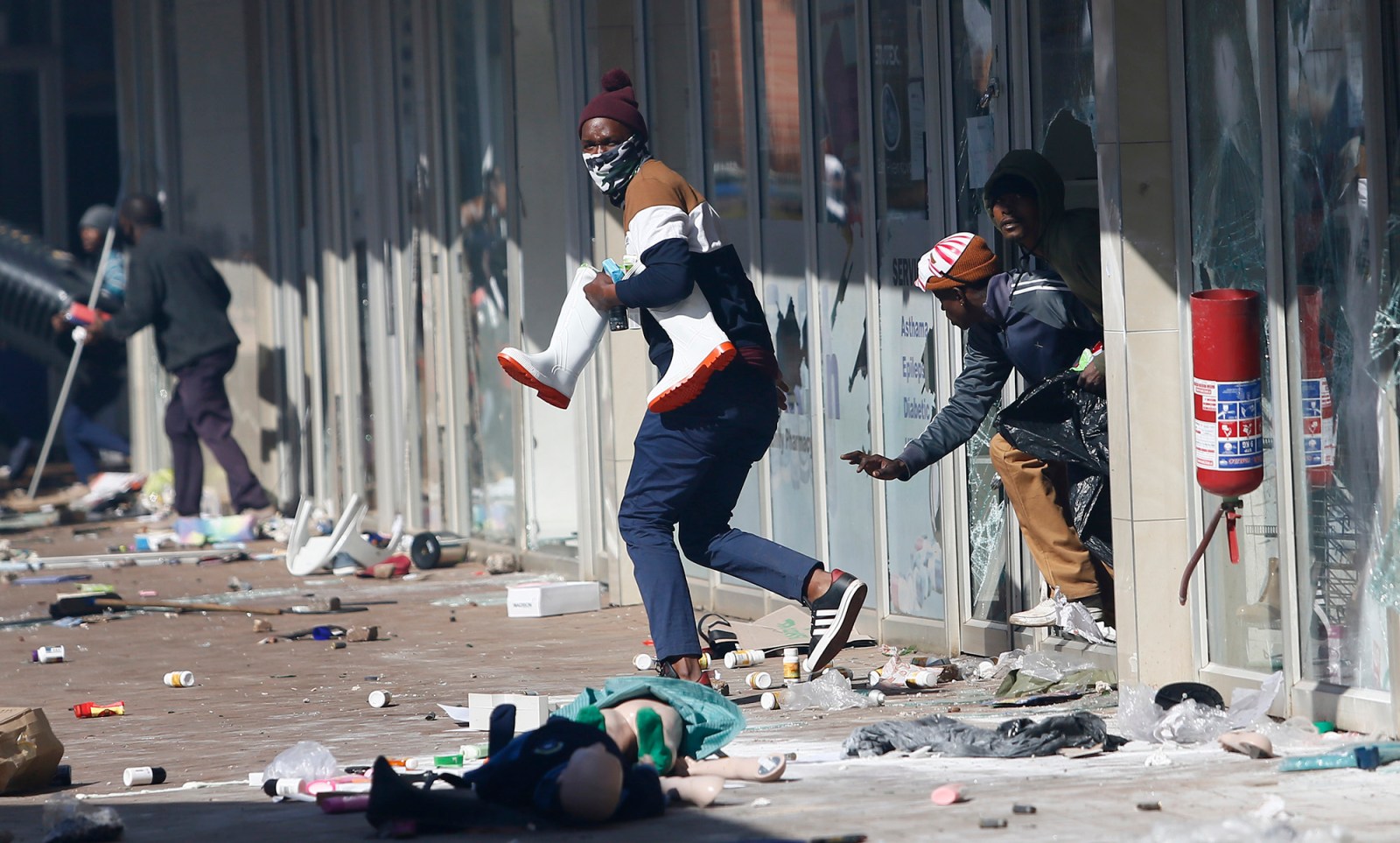 “Now that the pipeline has been destroyed I wonder what will become of our businesses. I have two boys to take to school. I fear that if my business fails, my children will take to the street corners and engage in criminality, just like the unemployed boys do.”

Katlehong and Thokoza were the focal point of political violence in the early 1990s – in Khumalo Street, Thokoza, the IFP and ANC slugged it out with blood literally and figuratively spilling on to the street. Ironically, after protracted negotiations, with hundreds of community members having lost their lives or been displaced, a settlement of sorts was agreed upon.

This week, in the same spot where blood was spilt 30 years ago, street vendors had to flee their business location along Hospital Road, in fear of the marauding group heading to the Letsoho Shopping Centre to loot and ransack it.

Now that the mall has been destroyed, what next? The stark reality is that Thokoza and Katlehong no longer have a mall they can call their own. If it has to be rebuilt, it will cost several millions or billions of rands, and the prospects of that happening are dim. The shopping mall also housed banking entities convenient for the local communities, as well as stalls to give opportunities to small businesses. They too have been looted. We have learnt that more than a thousand workers employed by the complex as cleaners and in an assortment of other unskilled occupations will be without jobs.

Workers, professional and unprofessional, contribute taxes to make the economy thrive. But they no longer have jobs. All workers pay taxes to the fiscus, be it through VAT or PAYE, so that SA can build schools, hospitals, clinics, roads and other facilities to keep the nation healthy.

The destruction of the mall and the looting have weakened the ability of the state to provide services to those who require them. More telling, though, the looters and the rioters, by their behaviour, are not only weakening the government, they are also weakening other political parties that may one day form a government.

Those who peddle vote-catching phrases live in a fool’s paradise. Slogans such as “Radical Economic Transformation” mean nothing when they are not backed by policy and clear thinking. To transform the economy, we have to take steps to create jobs and build, through hard work, an egalitarian society where full employment is possible, and where violence and looting are spurned.

The implications of riots for black businesses in Thokoza and Katlehong are dire. The two townships have had a fair share of pain during the dark days of apartheid. Now we need to build and not destroy. If we do that, maybe the boys who congregate on street corners because of unemployment will have a better future. DM168

*Mary Sidone is not her real name, for fear of reprisal.