A massive moment that presents an opportunity to build... 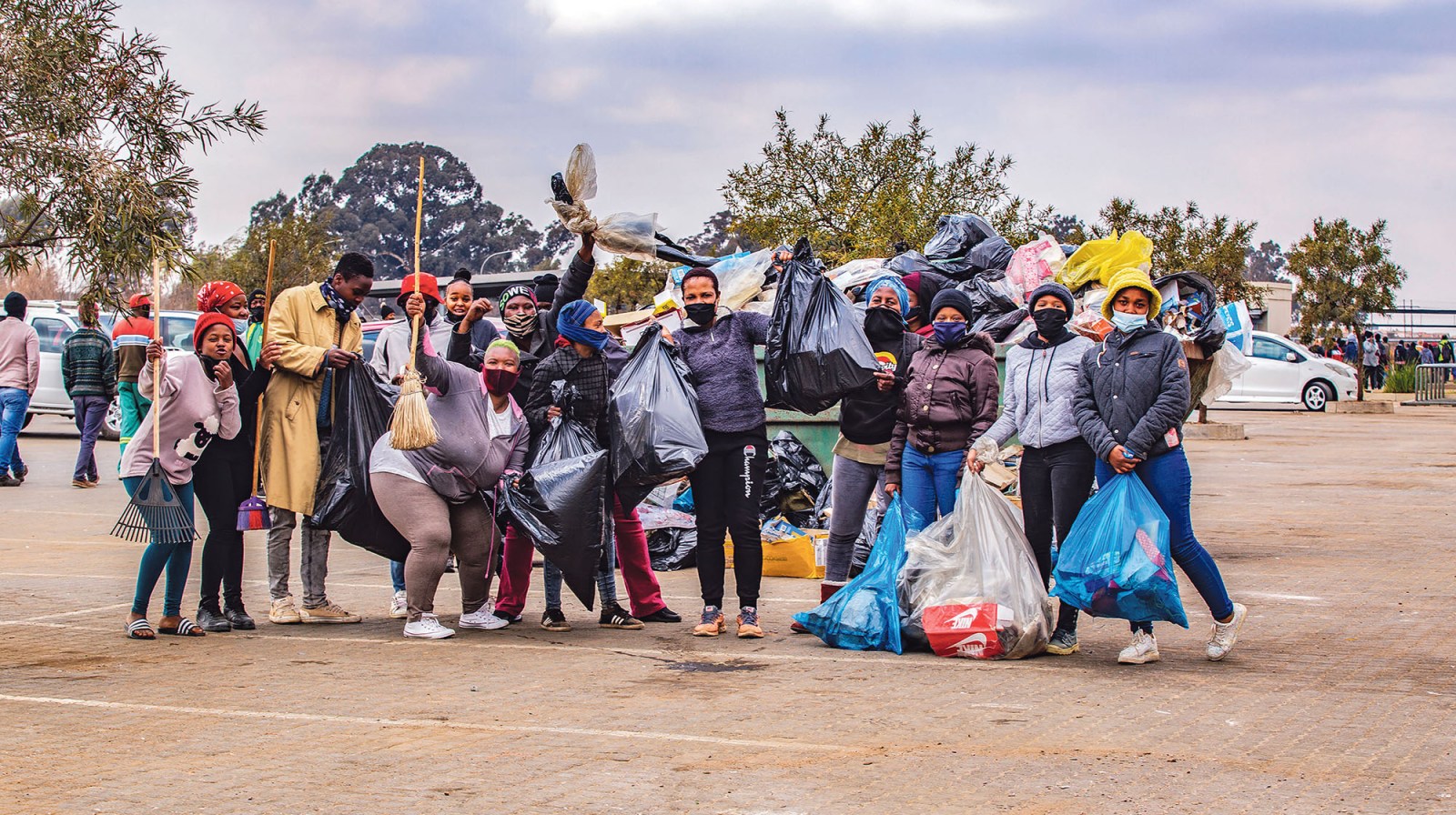 Citizens of Ekurhuleni at the clean-up campaign at Mayfield Mall on 15 July 2021 in Daveyton, Gauteng. (Photo: Gallo Images / OJ Koloti)

The truth is that post-1994 we have a leadership in government that is made up of different actors, but for all intents and purposes still presides over a system designed to perpetuate inequality and treat the poor as invisible.

South Africa is undoubtedly facing a massive moment that, while painful and violent, is offering us a chance to take an honest look at ourselves and ask how we can be better and fulfil our dream of a better SA for all.

Our problem, however, is that we have become quite adept at going from crisis point to crisis point, adding flimsy Band-Aids over gaping societal wounds and hoping for the best; a reflection of a leadership vacuum. Our wound is that of dehumanising the poor by invisibilising their plight from our conscience.

Affability does not a good leader make. We don’t need a leadership that makes us laugh and disarms us with a charm offensive – at least, that’s not what I’m looking for from the people to whom I have entrusted the country’s wellbeing.

Good leadership needs to display consistency. I need to be able to believe that political expediency will not sway the leadership’s position on matters of national importance.

Good leadership must be measurable and accountable. People need to be able to track the tangible outcomes of commitments made and also account for those outcomes, good or bad.

The truth is that post-1994 we have a leadership in government that is made up of different actors, but for all intents and purposes still presides over a system designed to perpetuate inequality and treat the poor as invisible.

These leaders are comfortable feathering their nests in gated estates, placating people with empty platitudes while the poor continue to languish in the squalid labour reserves that are townships and informal settlements as a result of the inequality that persists.

I mean, do we not find it strange that every day we see working-class black people walking, cycling and riding in taxis and buses before the crack of dawn, pouring into the suburbs to eke out a living?

Then at dusk that same routine is played out, this time in reverse as they file back to the squalor of their wretched residences?

We even attempt to put lipstick on this monstrosity of injustice by having “township tours” where domestic and international tourists come and gawk and sometimes throw money at the poor black people who are living in matchbox houses, like zoo animals, but still manage to “look so happy”. Or decide to host heavily guarded sporting or entertainment events in the townships in an effort to normalise the abnormality that is the spatial segregation – and its implications – that still exists in SA.

Our government is showing that a resistance to creating a system based on inclusion, and not the exclusion that characterises inequality, breeds hubris and a state out of touch with its people, making it vulnerable to the destabilisation of the country. Hubris is a most dangerous thing because it deludes one into thinking that all is well. Yet a steady rage is building among the poor, who help to create but do not enjoy the wealth and promise of the country.

What is needed now is a leadership that will not only quell the waters but will also reflect a plan that people can get on board with and be held to account for.

There seems to be an odd impression that a response cannot be multipronged, aiming to both instil law and order but also address the frustrations of disenfranchised communities. That is untrue. While the state works to bring about order, it can still be open to partnering with civil society as a bridge to being more responsive to our people’s plight.

This moment presents us with an opportunity to build SA from the ground up by ensuring that our base has a more solid foundation to build back on. It can be done by ensuring that at least people’s basic needs such as food, shelter and sanitation are taken care of.

One didn’t think it would need to happen that we hark back to Maslow’s hierarchy of needs, which says that people have five needs that must be fulfilled in order for them to be functional and well-adjusted members of society. The needs are food, water, warmth and rest, followed by safety and security. These are considered the basic needs with which a person can reach fulfilment. Simply put, if you are hungry and do not feel safe you are unlikely to be able to realise the other three levels required to fulfil your potential.

Social justice activist and poet Langston Hughes once asked: “What happens to a dream deferred? Does it dry up like a raisin in the sun? Or fester like a sore – and then run? Does it stink like rotten meat? Or crust and sugar over – like a syrupy sweet? Maybe it just sags like a heavy load. Or does it explode?” We are witnessing an explosion. DM168