A desperate plea to ‘protect healthcare facilities, staff and patients’ during the civil unrest 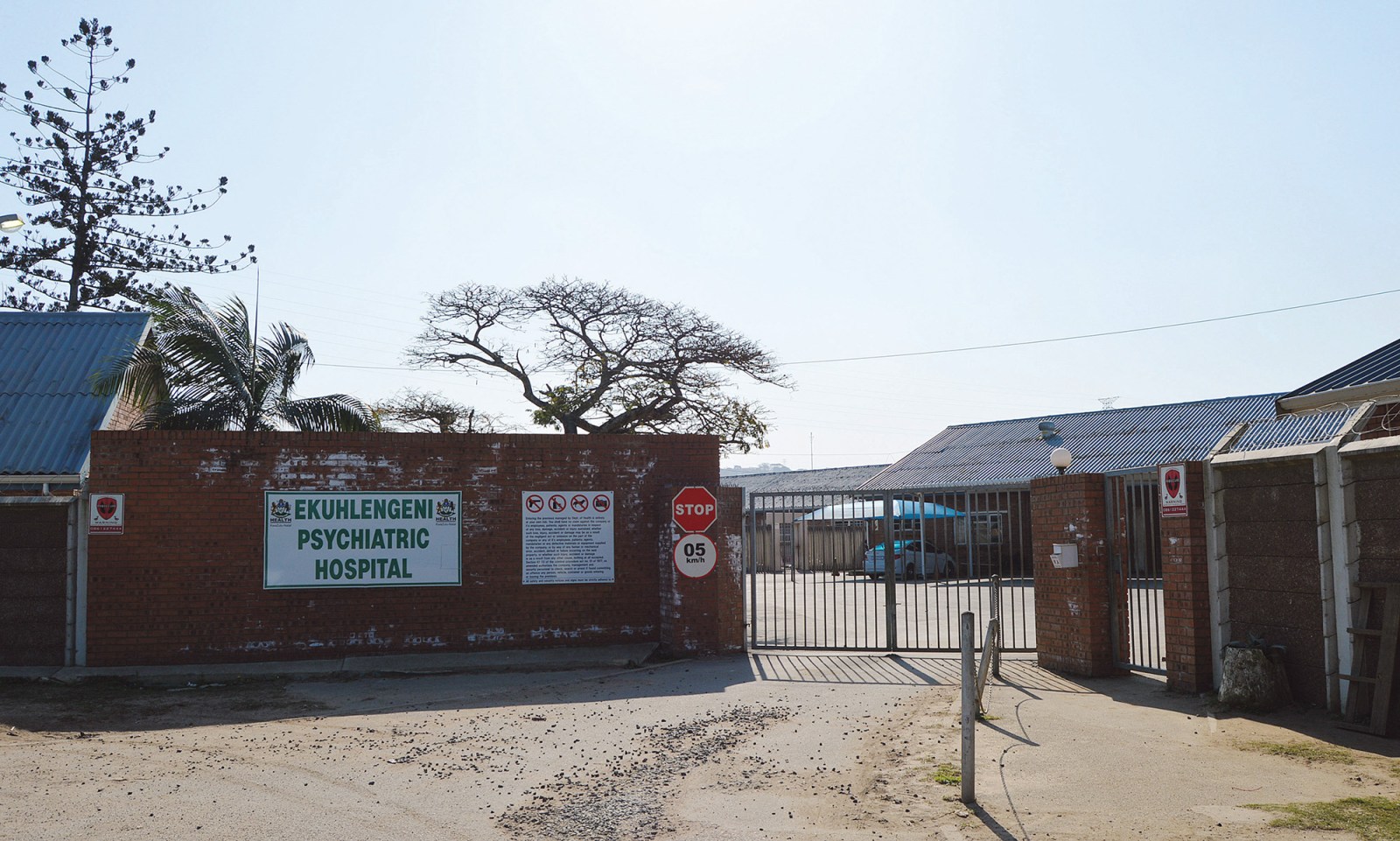 As supplies for coffins run out in Gauteng and KwaZulu-Natal, hospitals face threats and staff shortages.

Hit by the dual crises of Covid-19 and civil unrest, funeral practitioners in Gauteng and KwaZulu-Natal have raised the alarm that they will soon run out of coffins.

Monageng Legae, the spokesperson for the South African Funeral Practitioners’ Association, said on 15 July that they are experiencing a shortage of coffins because their supply chain for the two provinces has been interrupted by the civil unrest.

The death toll from Covid-19 in Gauteng has been high, putting practitioners under extreme strain, he said.

“The funeral industry finds itself caught in the aftermath as a result of industry supply chains being distorted. These riots have increased the number of challenges faced by the funeral services industry…” he said.

The association has 1,500 members in Gauteng, “and all these members have been negatively impacted by the current events. The industry is experiencing a shortage of materials used in the manufacturing of coffins and caskets.”

Many suppliers of materials are in KwaZulu-Natal and currently transportation of goods has been halted.

KwaZulu-Natal MEC for Health Nomagugu Simelane said this week that, unless pressures on the public health system are significantly eased, many more lives will be lost.

The threat of increased deaths worsened problems experienced by the Forensic Pathology Services in the province. A looming fuel shortage will likely ground mortuary vehicles – as protesters have done, Simelane said.

She pleaded with communities to protect health facilities, saying they have received information that protesters are planning to burn down the province’s hospitals.

On 15 July, Simelane visited the Ekuhlengeni Psychiatric Hospital at Ezimbokodweni near KwaMakhutha and the Mahatma Gandhi Memorial Hospital to assess damage done by looters.

Earlier in the week protesters hijacked a truck with food meant for a hospital and stole all the supplies. Simelane said they are asking for soldiers to guard hospitals and escort vehicles.

“We cannot go on like this,” she said. “We will start losing lives.”

She said they had received information that hospitals were to be targeted by looters and asked communities to help protect their assets.

Simelane warned that if a community loses a clinic or a hospital now, it won’t be rebuilt because there is no money.

She added that they were talking to taxi associations to help them get free passage for health workers to their hospitals and clinics. Simelane said health workers who can’t get to work can now report to any medical facility “to bolster capacity”.

Simelane said many hospitals were running out of food and would soon have an oxygen crisis if nothing changes.

She said specialist services, X-rays and some surgeries were no longer available and expressed concern over pregnant women as well as Covid-19 patients getting the care they need. She added that the looming fuel crisis will also have a dire effect on emergency medical services.

There had been a big increase in people needing urgent medical help after being stabbed, shot, burnt or run over by vehicles.

“The blockading of provincial and local routes has had a severe chain reaction, with potentially dire consequences for our compatriots. It has had a direct bearing on the prospects of recovery for those who are sick or injured, and for those who need to go into life-saving medical procedures.

“For the past three days or so, many of our staff members have been confronted by an untenable situation whereby they have been unable to come to work, or go home (for those on night shift), due to the blockading of access routes. This has resulted in only skeleton staff being able to work at our health facilities. Many of those on night shift have had to find a way to sleep at our facilities, and continue working when their shift starts.”

Simelane said many facilities were unable to perform X-rays and no referrals to specialist care were being made because patient transport had collapsed.

“Direct threats have also been received by staff at various hospitals and clinics including Edendale, Osindisweni, Mahatma Gandhi Memorial Hospital, and KwaDabeka Community Health Centre. The majority of clinics that are run by eThekwini Municipality have had to be closed due to the unrest,” Simelane said. “As a department, we are concerned that, if nothing changes, we may start losing many lives unnecessarily,” Simelane said.

“The people who have caused all this destruction have names and faces. They live somewhere, and are known to somebody. Regardless of the circumstances, surely they have hearts and minds that should have known not to do what they did – but also, they should know when to stop. That time has now come.

“There are scores of people in our hospitals who are fighting for their lives, who need to be attended to by our doctors and nurses as a matter of urgency. Some are in critical condition in ICU, while others are in labour and need to go into theatre.

“We are therefore pleading with our communities to protect our facilities, to protect our healthcare workers, so that no one interferes with them while they’re doing their jobs,” she said.

Doctors Without Borders on 14 July expressed their deep concern over the impact of civil unrest in Gauteng and KwaZulu-Natal on healthcare services.

“We call for immediate steps to safeguard the right to healthcare and safety of patients, healthcare workers, medical infrastructure and supplies to avert a drastic escalation of the current Covid-19-driven healthcare crisis,” their statement read.

Doctors Without Borders said there had been disruptions in every district of KwaZulu-Natal, where staff cannot work because of public transport stoppages, road closures and the suspension of private ambulance services.

“Emergency departments, which are already stretched by a surge in Covid-19 cases, are overwhelmed due to staff shortages and a huge influx of trauma cases linked to the violence, forcing doctors to choose who receives life-saving treatment, and who does not,” their statement continued.

The Doctors Without Borders team was blocked from assisting with the Covid-19 response in the province, according to the statement, and a decade-old HIV/TB programme had to be abandoned after the team was threatened.

“Our partner organisation, Shine, had their offices damaged and looted and our team managed to hide two of our medical transport vehicles from looting occurring on the same street as our office. One of our doctors, caught in the melee of looters, was teargassed,” the statement continued.

Earlier in the week spokespeople for Netcare and Life Healthcare in the province confirmed that their facilities were still open but under pressure because of staff shortages and the interruption of contracted services as a result of the civil unrest.

South Africa’s National Health Laboratory Service (NHLS), which does Covid-19 testing for the public health sector, has warned that its operations in Gauteng and KwaZulu-Natal have been affected by civil unrest in the two provinces.

KwaZulu-Natal has been particularly hard-hit, said NHLS spokesperson Mzi Gcukumana. He said testing was not possible at the moment for the province, and patients who are sick are not coming forward for testing, putting more communities at risk of contracting Covid-19.

According to the latest figures released by Gauteng, there are currently 6,316 positive cases in the province.

While vaccinations were suspended in Gauteng early in the week of 12 July, centres were opening and getting back on track by 15 July.

The Health MEC in KZN, Nomagugu Simelane, said: “Our rate of new infections has remained a major cause for concern in KwaZulu-Natal. As of [14 July], the number of new Covid-19 infections stood at 873, which brought the total number of confirmed cases to 372,406.”

Simelane said there were currently 33 Covid-19 patients in intensive care units in public hospitals and 207 in private hospitals. DM168