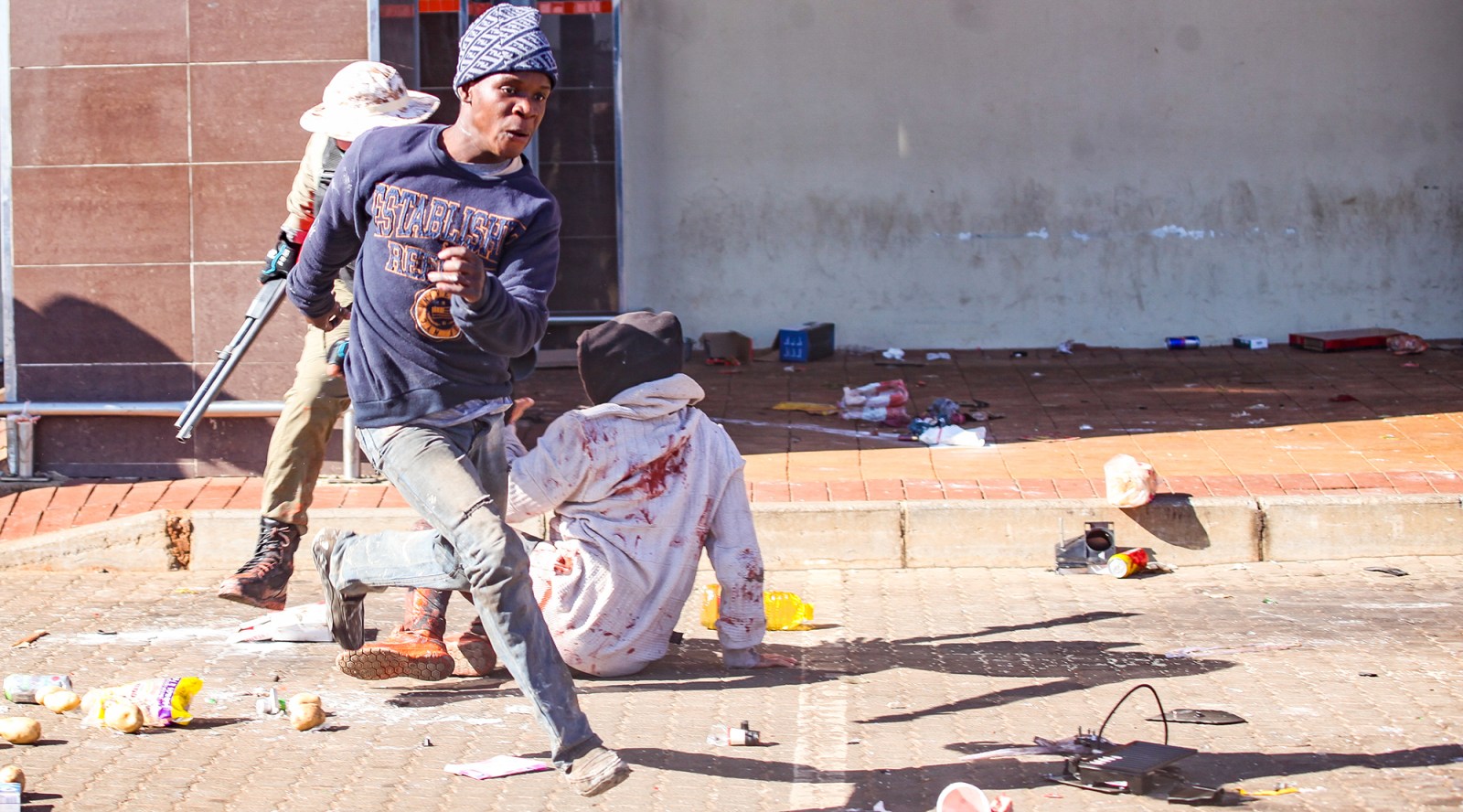 Fomenting violence online is illegal in South Africa – social media use during the latest violence makes digital literacy a priority.

The role of social media in the ongoing looting and destruction of property in Gauteng and KwaZulu-Natal is hard to determine in the heat of the moment. However, the instigators of what started at the weekend as a campaign of politically motivated economic sabotage have demonstrated how social media can be weaponised, with devastating consequences.

At the time of writing, the official death toll was 117. More than 1,400 have been arrested, and 12 ringleaders are under investigation. The cost to the economy is expected to run into billions of rands, adding to the substantial burden already faced, especially by small and medium-sized enterprises due to Covid-19.

A dangerous information gap has been allowed to develop by the lack of timely, accurate public information from government sources. The traditional media’s ability to access unrest sites has also been limited, with journalists sometimes in danger. Social media platforms are filling that void, often with unverifiable content, much of it false.

For a worried public desperate for news, the result can be an inflated reality shared via self-selected, trusted social media networks. How reality becomes distorted is evident when comparing officially confirmed incidents in the past few days in Gauteng with social media reports (see diagram). The pictures presented by the two sources don’t correspond. 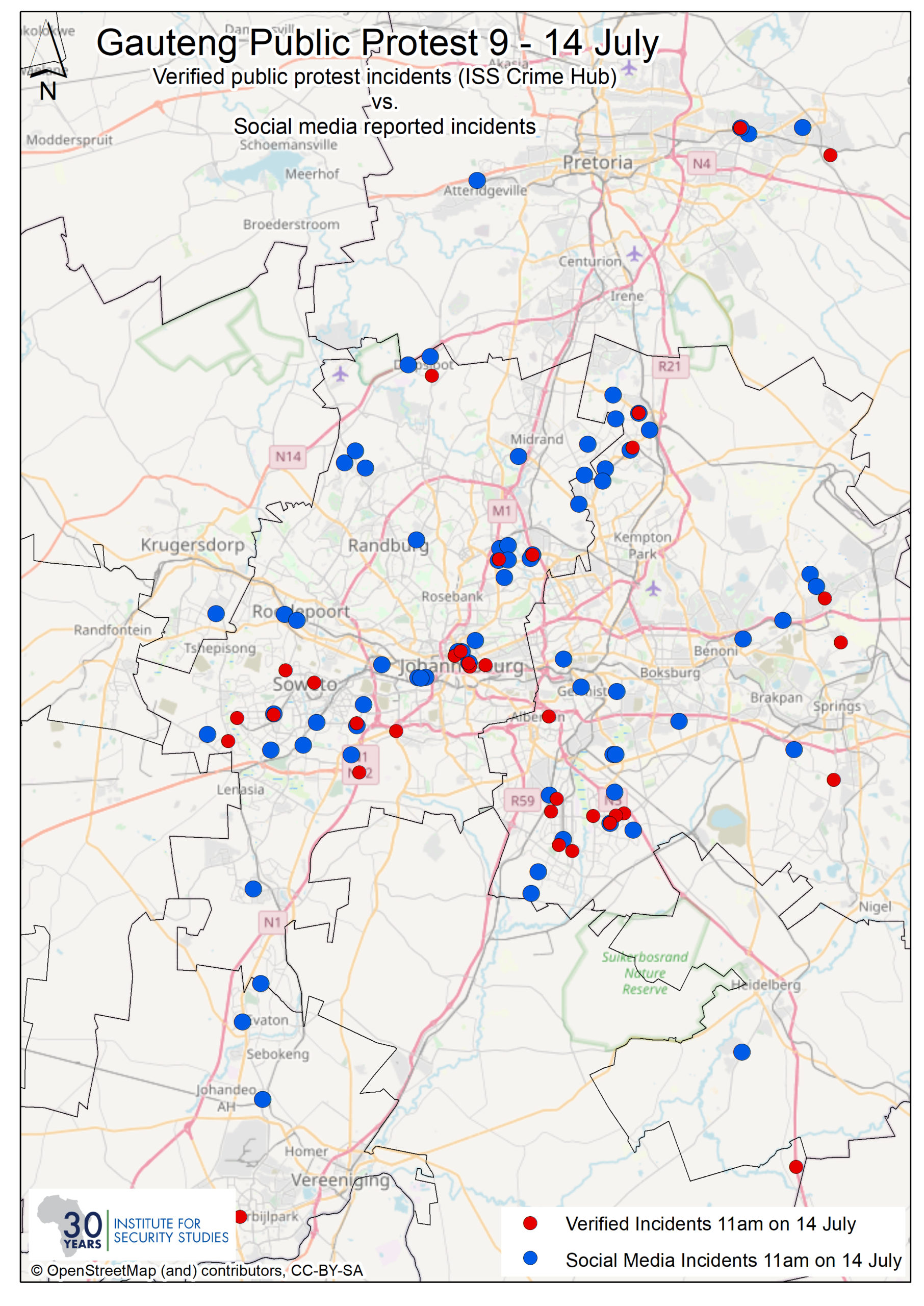 Images and videos (many fake or taken out of context) of burning infrastructure, fences torn down or other acts of civil disobedience generate their own momentum. They have arguably provoked further violence and threats of racialised and militia-like counter-attacks.

In times of crisis, the need for information is normal, and social media contact provides a degree of comfort and connection to those affected. But the mix of fact, experience and fiction that emerges on these digital platforms can also cause anxiety, fear and panic buying among the public, and has inflamed racial mistrust and hatred. The effect threatens South Africa’s already fragile social contract.

A social media-consuming public can add fuel to the fire by resharing content that’s inflammatory or simply untrue. These actions have consequences.

The ANC’s announcement that it will hold former president Jacob Zuma’s daughter Duduzile Zuma-Sambudla accountable for her tweets shows that the governing party has woken up to the power of cyberspace. Her posts included embedded video and calls to “let it burn”. Four other ANC members are being reprimanded for their online conduct.

But the issue isn’t about personalities, politics or privilege. It is about responsibility and consequences for behaviour online. As more of us apply our right to freedom of expression through social media, we must be aware of our responsibilities and the real-world consequences of abusing them.

Weaponising social media is a crime. Malicious communications on social media platforms are offences under South Africa’s new Cybercrimes Act, which has just been signed into law. Part II of the act makes it an offence to incite damage to property or threaten to damage property or persons.

It’s estimated that more than 22 million people in South Africa use social media platforms, and the number is rapidly rising as more acquire smartphones. During riots, protests or looting, the power of social media for good and ill is thrown into sharp focus.

For professional journalists, the police, military and emergency responders, platforms such as Twitter, Facebook and WhatsApp can provide real-time intelligence of events on the ground. By using open-source investigative techniques to verify images and video placed in the public domain on social media, police and prosecutors can identify offenders.

For security services, social media can inform where and how they deploy. It is a vehicle for transmitting public safety announcements, like urging people to avoid areas where violence has erupted. For journalists, social media offers unfiltered snapshots from the “front line” and an immediacy that’s hard to match in an era of round-the-clock news.

Social media has also become a powerful tool to hold public officials accountable. From the perspective of protesters exercising their constitutional rights, online platforms provide a check on those who police our streets. It allows people to capture and report real-time abuses or other examples of executive overreach, and a megaphone to demand consequences for transgressions.

But social media during civil unrest is a double-edged sword. Institute for Security Studies research has shown how messages or tweets, images and videos that generate outrage are amplified through powerful algorithms and artificial intelligence, enabling messages to reach more people faster.

South Africa’s crime intelligence must be equipped to identify unrest patterns on social media before they happen by tracking trending issues and potential influencers during times of tension. This will require resources and time.

Investigators and prosecutors need to be better versed in applying the new law on cybercrime and malicious communications effectively to translate laws into action. And public awareness campaigns aimed at responsible digital use could help mitigate the unintended consequences of our social media age.

These are medium-term solutions. As the looting and destruction of property continue, South Africa’s leaders should use their own social media feeds to warn against abuses. Traditional media must remain vigilant, exercising the founding principles of journalism by verifying news sources. As the public, we must take responsibility for what we post or face the consequences in court.

Social media platforms are also under pressure to play a part in de-escalating tensions. In the past few days, EFF leader Julius Malema briefly experienced restricted access to his Twitter account after the platform’s controllers argued that he had broken their rules.

Nigerian President Muhammadu Buhari experienced similar restrictions recently after tweets from an account in his name were taken down. His response was to ban Twitter in Nigeria – a trend we can expect to see elsewhere in Africa as political leaders rub up against technological realities that define our age.

The recent unrest and apparent fomenting of violence online underscore the need for digital literacy in South Africa. A failure to investigate and prosecute the worst transgressors risks turning the platforms into an anarchical free-for-all. This may push the government to restrict social media use altogether or usher in punitive laws that constrain the democratic space.

Karen Allen is an ISS Consultant.