While Cele’s on a walkabout in KZN, ‘gatvol’ locals wait for looters with shotguns, swords and sjamboks 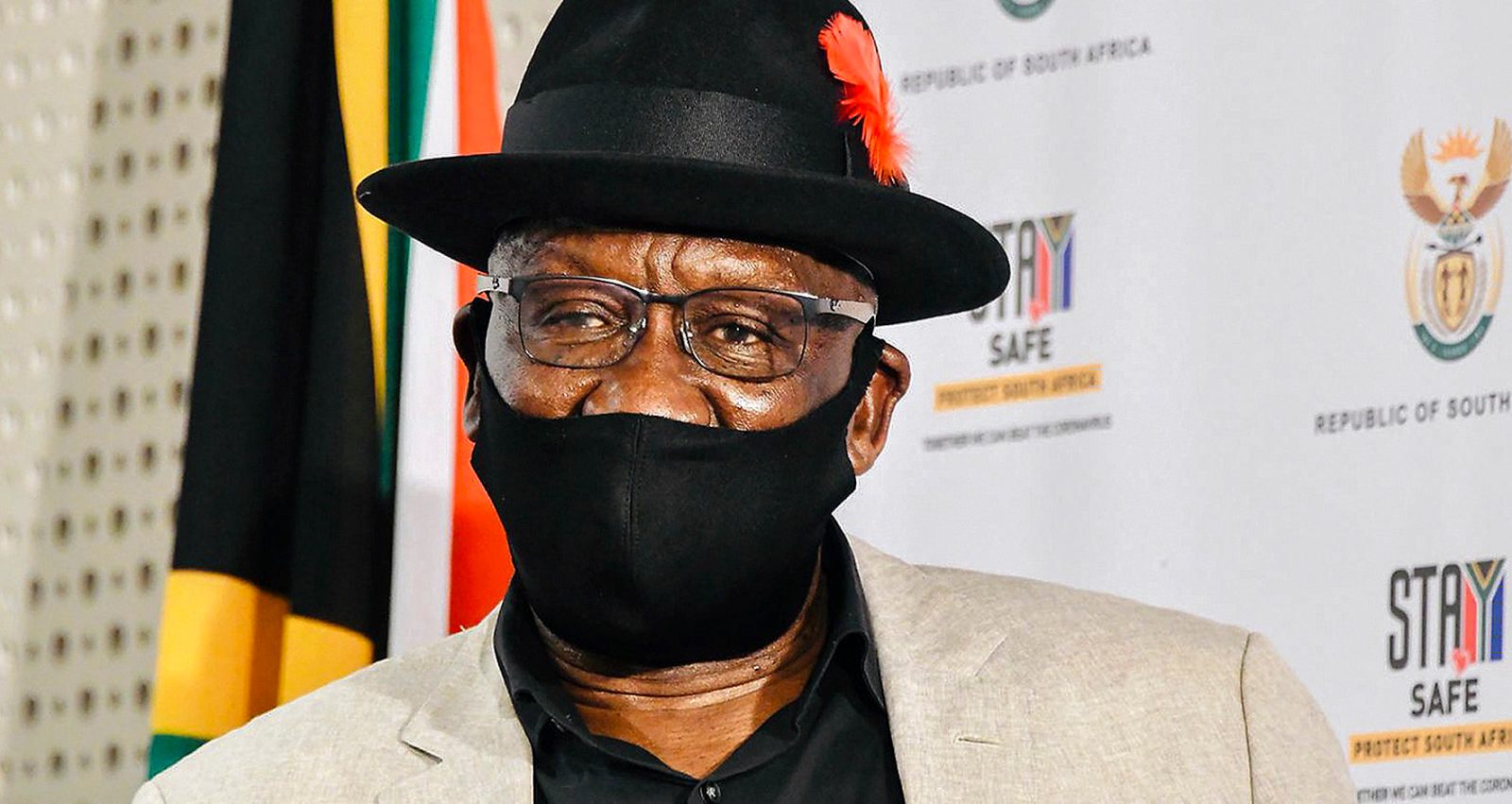 Police Minister Bheki Cele has launched a damage-control public relations campaign in KwaZulu-Natal, kicking off late on Wednesday night in the southern eThekwini suburb of Montclair. He will be hard-pressed to quell the fear and exasperation of law-abiding metro residents, and also seemingly the premier, who has apologised after being caught on camera using force to apprehend a looter.

The defence force needed to increase its visibility and actions “immediately”, and any staged show of force by the SAPS was “irrelevant”, a number of residents in inner-city suburbs of eThekwini told Daily Maverick.

Those calls will soon be heeded, complements of a directive issued by the SANDF on Wednesday night, which ordered “all reserve members” to report for duty at first light on Thursday with “their necessary equipment”. Up to 25,000 troops are expected to be deployed in the hotspots of KZN and Gauteng.

Cele is in KZN attempting to usher in law and order, something the police have failed to do since the then intermittent but economically devastating acts of violence started last week.

Police Minister Bheki Cele has confirmed that racial tensions in Phoenix, KZN, have claimed 15 lives. The tensions are said to have been fueled by armed residents who formed vigilante groups to defend homes and shops from #looting.

The province’s premier, Sihle Zikalala, and eThekwini mayor Mxolisi Kaunda earlier estimated damages  to be between R1-billion and R2-billion, but this estimate had risen to R16 billion.

The ANC-led provincial leadership had earlier attempted to quell the violence in the Queen Nandi/Riverhorse Valley area of Durban North, but this too failed as looters mostly ignored them, scooping up goods in their presence.

Evidently incensed, Zikalala was caught on camera “apprehending” and then punching a looter twice on the back. He issued a mea culpa on Thursday, saying he apologised “unequivocally” for the incident:

KZN Premier Sihle Zikalala assault one of the looters in Durban on Wednesday live on national TV. #KZNLooting

Meanwhile, Minister of police Bheki Cele had warned citizens against taking the law to their own hands. #bhekicele

“The premier regrets the level of force used in apprehending a looter, who was attempting to make off with goods that had been stolen from a nearby warehouse.

“While the action of apprehending a resisting looter is justified, the manner in which this was done is deeply regretted.

“The premier apologises for this incident. The premier believes that public violence has no place in society and in the same spirit those who commit acts of destruction do not share in the values of our nation.”

Nevertheless, last week’s sporadic outbursts were allegedly in support of freeing former president Jacob Zuma, who is incarcerated at Estcourt Correctional Centre for being in contempt of the highest court in the land.

The violence has morphed into scenes of unsurpassed chaos and destruction in KZN in particular, the latest of which took place in the industrial area of Mobeni late into Wednesday night. Criminals looted what they could, set fire to infrastructure and debris, and stoned anyone trying to stop them.

The looting has not been restricted to any area, though, with several sprees taking place simultaneously across all compass points of the metro.

Daily Maverick was unable to drive more than a few hundred metres into Mobeni before being accosted by looters on Wednesday evening. Police manning easily penetrable roadblocks were agitated, as were community patrols at this particular entrance.

Mobeni is a short drive from Wentworth, and in the vicinity of Cele’s late-night Montclair walkabout, where he told media that a bucket of ammunition had been discovered among stolen items.

Some looters have been firing at police, others have been fighting among themselves for goods. Daily Maverick witnessed the aftermath of such a scene in Berea, where a blood-soaked looter who had been stabbed in the back was tottering within a crowd of about 60 as they snaked down an arterial road.

On Wednesday evening, at the southern entrance to Wentworth, residents had set up a community blockade that, in one area, was at least 400 strong.

“We are here and we are ready,” patrollers told Daily Maverick, seemingly unaffected by the skeleton of a freshly torched vehicle obstructing the road. Wentworth has been wracked by gang and drug violence for years, enabling the “gatvol” residents to mobilise quickly.

Past the main Wentworth blockade were several others, leading to a final one within about 60m of a southern entrance to Mobeni. Here too, a small contingent of police was stationed, not at that stage engaging with looters.

The Mobeni violence has affected all the areas in the vicinity, and others further away, such as Berea, Glenwood, Umbilo and Rossburgh, as rioters in crammed cars with number plates removed, many of them visibly drunk, searched for back-road escape routes.

In the Bluff, which adjoins Wentworth, community patrols had morphed into much stronger numbers than first seen on Monday.

The Bluff beaches, usually the scene of summertime activity, were scarcely populated on Wednesday. Daily Maverick saw three fishermen surveying the sea, and two residents were meandering on the paved walkway.

“Just need some sanity, that’s why we are here,” a woman said as she hugged a small dog to her chest.

Some small-business owners in affected suburbs have cleared out their stock, particularly from bottle stores, in anticipation of what could happen. But many corner cafes and superettes have opened, as long as they are in the vicinity of community patrols.

Here, queues for bread and other essentials stretch across blocks. Daily Maverick counted 600 people in one Sydenham queue, while one trading petrol station had a queue of 120 cars.

Some unscrupulous shop owners have taken advantage of the desperation, charging up to R30 for a standard loaf of bread. Most are limiting quantities to one loaf per person.

“I just want my bread,” said one man in a queue at a cafe in Umbilo. “I have been here for six hours. I just want bread for my kids.” DM